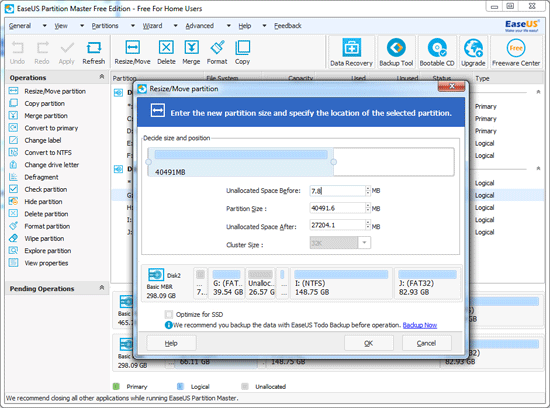 A common trouble with newer NTFS format disk drives is the GPT protective partition. It is not a trouble to be honest, rather a protective partition to keep your data safe and intact when you connect the PC to a different computer or environment. This might happen more often with external hard drives since those are the ones mostly connected to different computers, and a GPT protective issue keeps the hard drive from being detected on the computer.

What is GPT? The abbreviation stands for GUID Partition Table. The GPT happens to be a physical hard drive’s protective layer standard, this protects the partition tables. GPT is different from the mostly used MBR Partition table, because GPT offers more features and security. The Extensible Firmware Interface prevails through the GPT protection; however, not only hard drives but also some newer BIOS use the GPT instead of MBR. MBR is an older technique that limits a hard drive’s maximum partition up to 2 TB where GPT allows 9.7 ZB. In reality, no one uses a partition that’s this big; however, there might be one in the supercomputers or servers.

Why would you Want to Remove GPT Disk Partition?

From the description, GPT sounds pretty good and convenient, so why would someone want to remove GPT disk partition well; PC users don’t need such bigger single partitions. GPT restricts a partition from being extended to the unallocated space that’s next to it which is a common requirement for the home users, so here is the scenario where you might want to GPT removed.

How to Remove GPT Partition with EaseUS

The feature is well demonstrated in the software UI. Just launch EaseUS Partition Master and right click the hard drive you want to remove the GPT of. Now, proceed with deleting all the GPT partitions. Make sure to have backup of your data beforehand.

Allow the confirmation window by clicking ‘Ok’ and ‘Apply’ in the consecutive two windows. After the deletion is done, click ‘Initialize to MBR Disk’ and your hard drive will be converted to MBR partition tables.

EaseUS makes hard drive management easy, even to the people who have never done it before. Free version of EaseUS Partition Master could do all these jobs, but there happens to be few limits. We recommend purchasing the full version in order to use all the features.