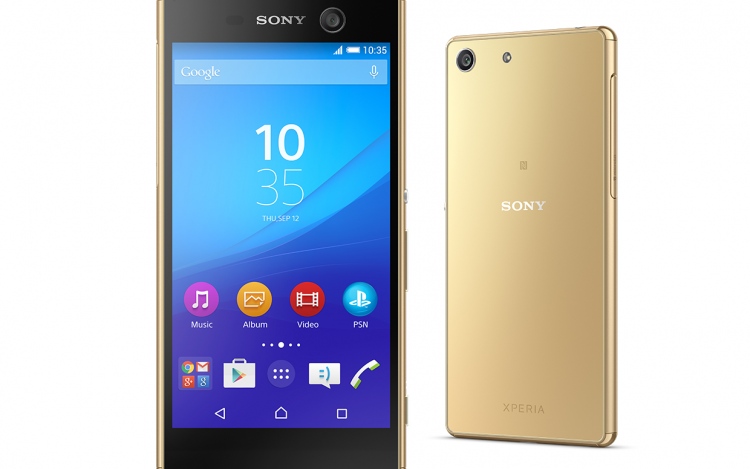 Along with C5 ultra Sony also released M5, this is also another good standard device under budget ranged category. The device already started to gain the name super mid ranged device on the web. Top sites and blogs supported the device with positive feedbacks. The device looks little similar to Sony Z series devices with improved designs and configurations under limited budget ranges. The look and feel of the device improved and Omni balanced with metal framing and front glass finishing’s. There are pretty good additions made up in configurations list of the device in this series. The device looks spectacular and announced a little earlier than the actual schedule. So check out the details of the device in this article.

There are many things reasonably makes the device special one from others in this series. This successor to earlier device M4 Aqua, M5 comes with 5 inch HD IPS display with 1080p and resolution of 1920*1080 pixels, with 441 PPI pixel density. The dimension of the device is like 145*72*7.6mm and weighs 142.5g. The device supports a Nano-Sim for networks with 4G LTE support.

A 21.5 MP rear camera offered with absolute HD imaging with facial reorganization and some other camera features. The OIS is quick enough and focusing pretty well. The camera has best snapper that has f/2.2 aperture and sensitivity up to ISO 3200, offer 4k video recording and 3840*2160 resolution, comes with autofocus that can able do its mojo in approximately 250milli seconds. The front camera comes in 13MP for best selfies and video calls. The Device packed up by a 3GB RAM with 16GB on board memory support and you can extend the memory up to 200GB with given Micro SD slot.

It has been powered by a 64bit MediaTek MT6795 chipset with 2GHz Octa-core SoC from MediaTek top end Helio X10 line. The device also a dust proof and water proof with IP65 & IP68 certification. There is no USB port type C facility in this device, it supports USB 2.0, Blue tooth 4.1 version and it has other features like A-GPS, Glonass and voice navigation.

The Sony specifications center says the 2600mAh battery placed inside as non-removable gives a standby time of 671h on 2G and 656h on 3G network. The device, available in black, white and gold variants. Another improved thing in the device is the USB port, it is a cap less one, so you don’t find that irritating cap opening and closing for the port access.