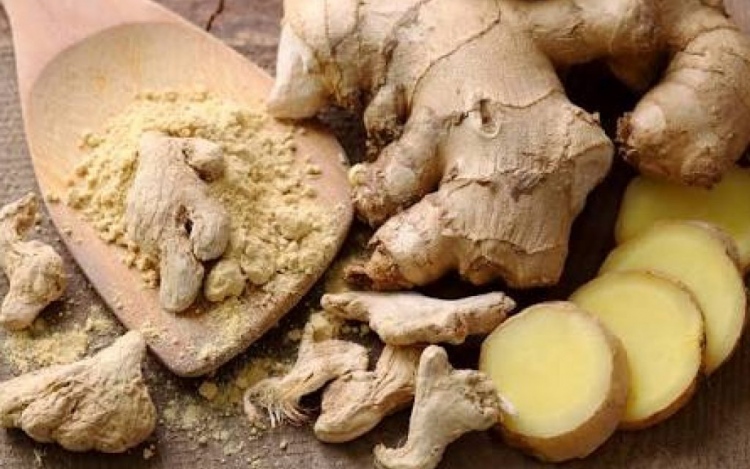 Zingiber officinale or ginger is known as an aromatic and very flavourful root spice. In Asia, ginger is often used for various medicinal purposes for treating bad body odor, increasing appetite, minimizing nausea and promoting perspiration. In Indian herbal medicine, ginger is often used for treating arthritis. Regular consumption of ginger seems to reduce the cytokines production, which is associated with pain and inflammation. Ginger should help in treating your joint pain, because blood circulation in the affected area can be stimulated. For people who are susceptible to motion sickness, ginger should relieve nausea. The condition should also help people who have nausea caused by chemotherapy. Ginger should also help you to prevent strokes, lower cholesterol and protect your heart. It means that platelets build up and clumping can be prevented.

Ginger should ease various symptoms, related to digestive tract problems, such as diarrhea, indigestion and flatulence. The effects of ginger should also help you to boost the memory performance. A compound found inside ginger works similarly to aspirin, which can thin our blood. It is also a strong antioxidant and can also work as an antibiotic agent. Ginger is known for its pain-relieving and anti-inflammatory properties. Ginger should be beneficial for people who have allergies, flu and colds. At moderate amount, ginger can be used daily and it has no serious side effects. However, some people have reported that they experience heartburn after consuming ginger regularly. Also, pregnant mothers should consult their doctors before using ginger, because it can induce uterus contraction. People who take diabetic medication, insulin, beta blockers, barbiturates and blood thinning drugs should limit ginger usages as well.

Ginger may also potentially interfere with the ability of our body to absorb fat soluble vitamins and dietary iron. In higher doses, stomach upset can happen. Even so, ginger should provide us with plenty of health benefits. Because the long history of its consumption and the widespread usage, we could be sure that ginger is safe and effective enough for various usages. Gingerols are substances that provide ginger with its real medicinal potency. Without them, ginger will have much less health benefits. You should also know that herbs sold as supplements could be quite useless. You should make sure that you don’t waste your cash on useless products. You should know about the amount of compounds that you get from each capsule.

The proper daily dosage of gingerol should be between 25 to 100 mg. Lower doses should be used for maintaining optimal health and comfort. However, if you have serious digestive problems, then you need to get higher dosages. However, instead of using dried extract or ginger syrup, it is better to choose fresh ginger. Ginger tea can be made by boiling fresh ginger with some lemon grass, cloves and cinnamon. This is an incredibly healthy beverage that can provide you with plenty of healthy compound. You may drink this during winter and you can warm your body during a particularly cold night.