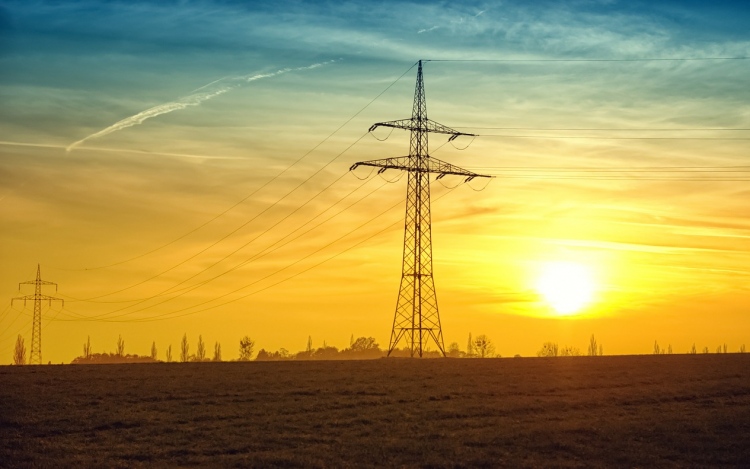 The abbreviation ‘AC’ isn’t just the first part of a popular rock band. It stands for ‘alternating current’, the type of electricity that powers homes and businesses the world over. The system design that produces alternating current and delivers it to its destination has undergone massive changes in the past century thanks to inventors like Nikola Tesla and George Westinghouse. From the generator at the power plant to its destination, here’s a rundown of how electricity is produced and sent across wires.

All electricity starts with a turbine and a generator; the energy source used to turn it varies from hydroelectric to coal to nuclear. The turbine attaches to a magnet, which is situated between two sides of a wire coil. The magnets alternately repel and attract electrons in the coil. Thus, AC creates a constantly changing magnetic field and shifting current, which leads to the next phase in the process. Most of the time, these facilities are owned by large companies or the government.

They might not be more than meets the eye, but without transformers, AC could not work. Transformers allow voltage, or electrical pressure, to be increased or decreased easily. Connected to the main generator is a step-up transformer. Several coils of wire are wrapped around one side of the transformer, producing a low voltage and high current. The other end of the transformer has a similar wire coil with more rotations. More rotations create a stronger magnetic field which increases the voltage and allows power to travel over long distances. In fact, residential power mains carry upwards of 3,500 volts. These transformers are not often seen by electric customers.

Power lines consist of thick wire capable of carrying massive amounts of electricity without suffering damage. Some of them run overhead and some are buried underground. The power lines run through various substations which route power where it’s needed most depending on current usage. The lines and substations are often maintained by the power company or the local government.

When the electricity gets to its destination, it has to be stepped down with a transformer that works the opposite of the step-up transformer at the power plant. These are located on top of power poles or underground, and they bring the voltage down to 120 volts, the standard voltage in the United States.

The power main connects to a wire which runs into a building’s main circuit breaker panel. This breaker panel routes and controls how much electricity flows through each circuit in the building, automatically opening overloaded circuits to prevent fire. These are the components that the average person is more likely to interact with on a regular basis.

This is a simple overview of the process by which electricity is generated, but by no means comprehensive. From supply companies like Enercon Engineering Inc to massive electrical generators to the fuse box in your kitchen, it’s amazing that we can harness the power of electricity. Without alternating current, technology as we know it would not exist.