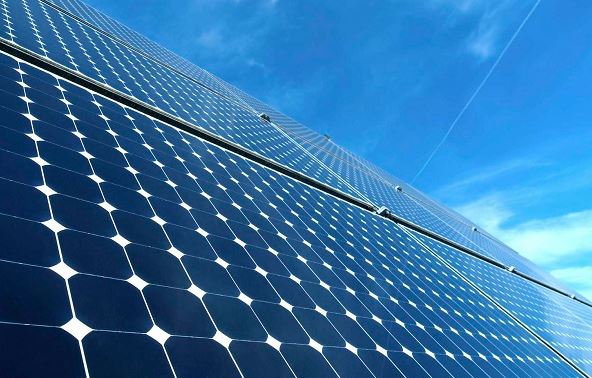 Solar panels seem to be everywhere these days. From industrial and commercial buildings to homes in residential neighborhoods, solar panels are shifting the way people view renewable energy. And while you probably know that these panels generate power, you might not know exactly how they work. This simple explanation will give you a behind-the-scenes look at how solar panels operate and why they are so effective.

How Solar Panels are Made

Understanding how solar panels are made is the first step in learning how they work. First, manufacturers make microchips that have tiny transistors made out of silicon-like materials called a semiconductor. They then pair these microchips with materials like metal, which easily allows electricity to flow.

Think of a solar cell as a two-layer sandwich, where each layer is treated to conduct electricity flow in a particular manner. Lower levels are prepared with a p-type or positive-type silicon which has too few electrons. The upper level, on the other hand, are treated with n-type or negative-type silicon that gives the layer slightly too many electrons. When combined, a barrier or junction is formed between the two layers. Because no electrons can cross through the barrier, no current will flow. However, when exposed to light, a stream of energetic “light particles” called photons, charges the atoms inside the silicon and allows the p-type layer to jump the barrier to the n-type layer to create a flow of atoms around the circuit.

The more light this silicon sandwich is exposed to, the more electrons jump the barrier and the more the current flows. In solar energy terms, the process of light making voltage is called photovoltaic or the photoelectric effect. Though solar panels are significantly larger than tiny microchips, this photoelectric effect is what provide electricity to homes and buildings.

This five-step process breaks down the photoelectric effect of solar panels:

To learn more about how solar panels work and more information about the benefits of solar power, check out the blog at legendsolar.com.