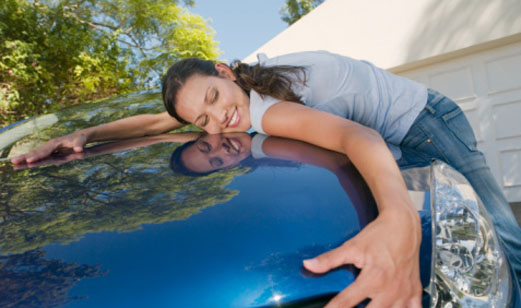 If we are unlucky enough, we could be living in one of those car crime hotspots. In this case, we should look for ways to minimize our risks. We should try to completely protect our car from any kind of criminal activities. In this case, we should try to get fully equipped. If we are planning to purchase a new car, we should make sure that it already includes an alarm. A good alarm system will alert us and other people nearby that someone is attempting to break into our car. The car should also be equipped with an immobilizer and it will prevent from starting the engine without proper key. An immobilizer will also prevent people from hotwiring our car.

It has been reported that people who install immobilizer in their car are ten times less likely to get their cars stolen. Tracking devices are also quite affordable and they can be fitted in our cars. It means that the authority will be able to locate our car more easily. The tracking device activates itself silently and it doesn’t give any indication to the thieves that they have been tracked. It is possible to install alarms, trackers and immobilizers in our car, but it is much better to choose new car models that have these security devices. We may also invest on various mechanical security devices, such as wheel clamp and gear level lock.

Another thing that we should install is the anti-smash film for the window. This will prevent our car from being smashed and raiders will be thwarted. Locking wheel nuts are quite affordable, they can stop thieves and are easy to fit. Overall, we should make our mark, especially if we can only afford basic security devices, such as alarms and steering wheel lock. As an example, we could attach fake stickers of common immobilizer and tracking devices brand. Surprisingly, this simple measure is quite effective in deterring thieves. Although they may suspect that those stickers are fake, they will tend to choose cars that don’t seem to be well protected to increase their chance of success.

In general, we shouldn’t be a sucker. We shouldn’t give a clue that there are valuable items in our car. As an example, there could be marks of suction cups left by DAB radios and satellite navigations on the windscreen. They could be rich pickings for many thieves, because they are universal and mobile. Thieves could exchange them for cash in many places. With some elbow grease, we should rub away those telltale rings on the windscreen. If possible, we should take our sat nav device with us. It is also important for us to park like moths. Sensible car owners should be attracted to light just like moths. Thieves will avoid cars that are located in brightly lit areas. They also don’t want to mess with cars in places where people pass by more often. If we are at home, cars should be parked in the garage, instead of in the driveway.