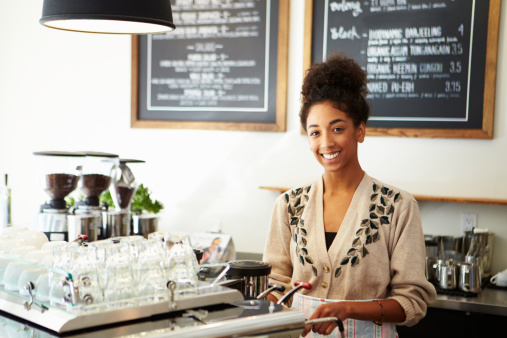 The “female entrepreneur,” once a rarity in the business world–as scarce as the white lion or the jumping shrew in the wild–is rapidly increasingly its foothold in the predominantly male realm of commerce. The most notable rise of this population can be found leading new start-ups throughout the nation. Yes, women across the land are abandoning the same-work-for-less-pay status quo and, instead, are taking the helm of their own start-ups. And changing the face of the male-dominated business world.

Here is a glimpse of how the businesswoman is changing the face of the traditional start-up–and paving the way for others to follow her lead.

According to American Express’s “Women Flexing Their Economic Muscle, Starting More Than 1200 New Businesses Per Day, According to New Research,” in the United States, alone, female entrepreneurs are responsible for introducing roughly 1288 new start-ups each day. This equates to a rate-of-increase of 1.5 times the national average since 1997.

What does this mean? Well, according to American Express’s data, woman-led businesses generate revenues of more than $1.4 trillion and provide jobs for 7.9 million people. That is nothing to sneeze at.

And thirteen founding “mothers” of business have been featured in this year’s Forbes‘ “America’s Most Promising Companies” list.

And this pattern is happening elsewhere around the globe as well. In the United Kingdom, a Labour Force Survey showed that between the ages of 30 and 49, female business owners actually outnumber their male counterparts.

In Canada, The Globe and Mail reports that a Bank of Montreal survey revealed “19 percent of women under the age of 35 are likely to start a business in the next five years” and that 36 percent of Canadian women, in general, are interested in doing so within the next decade.

Why are women, suddenly, taking the business world by storm? While there are a number of varying factors that have contributed to this influx–and each individual has their own unique reasons–there are a few motivating factors that are commonly cited.

First of all, women tend to be more cautious when it comes to risk. In the past, opening a business involved a huge financial investment. Today, thanks to the internet, it is possible to create a professional website and operate an online company for a mere fraction of the cost. Plus, the ability to market via social media sites for no cost at all makes self-employment even more attractive, especially to the risk-shy female.

Secondly, many women find it difficult to juggle the roles placed upon them at home and at work. Juggling motherhood, household chores, providing care to elderly relatives, and a full-time career leaves little time for anything else. Becoming your own boss allows for greater flexibility in working hours and location.

Finally, women continue to earn less money than their male cohorts–even for completing the exact same job. And this is not about to change anytime soon. In fact, The Harvard Business Review‘s “More Women Starting Businesses Isn’t Necessarily Good News,” states that the Feminist Majority Foundation found that “at the current rates of increase, it will be 475 years–or until the year 2466–before women reach equality in executive suites.” As a result, feelings of frustration have led many women to flee corporations and start businesses of their own.

While the female entrepreneur appears to be enjoying a population boom, there are challenges that they will have to face to sustain this growth. In an “Expert Interview with Stephanie Burns on Female Entrepreneurs for Insurance 321,” Burns, the founder of Chic CEO, states that women’s aforementioned aversion to risk is one of the biggest challenges facing female entrepreneurs and that “needing to know the answers to every questions before we start is a sure way to never get started.” She recommends that women sharpen their intuitions and learn to trust their guts.

While you once had a greater chance of spotting a Stubfoot Toad than a female entrepreneur, the tables have turned dramatically. No longer an endangered species, the female entrepreneur is abundant and thriving–paving the way for future generations.

Why do you think more and more women are entering the realm of self-employment?