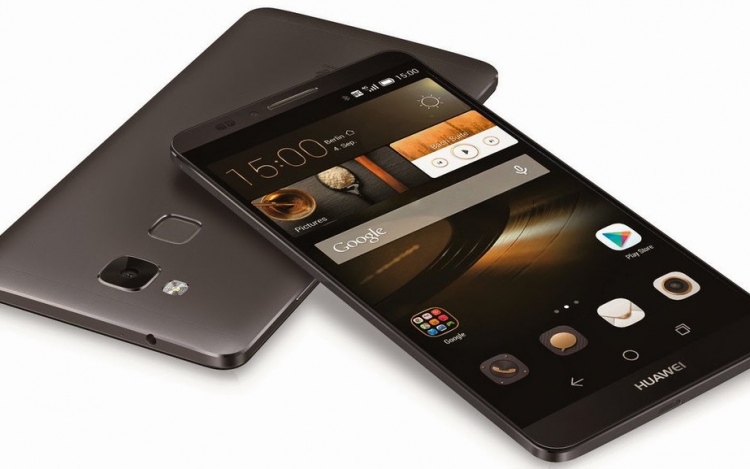 You may have noticed already, Mid-range Devices Rapidly Gaining Ground on the high end, Honor, a Huawei sub-brand, launched its smartphones with quality data sheets. Huawei Honor 7, which is encased in a unibody aluminium design and powered by Hisilicon Kirin 935 octa-core processor, Honor 6 Plus is its great build quality, top-of-the-line specifications, With high caliber finishes, robust materials and a data sheet that is more than road for a reasonable price,  here’s a comparison of both smartphones by their specs, features.

The Honor 7 is smaller and narrower than the 6 Plus, because of its small screen. Which proves to be more manageable. At the rear, Honor 6 Plus also features plastic, Multi-touch Touchscreen and the same design that facade. And Facade is a highly customizable, This coating can be susceptible to fingerprints, however, then manages to weigh less heavy Huawei Honor 7 and Honor 6 Plus (157 g against 165 g). Dimensions (mm) 143.20 x 71.90 x 8.50  and 150.46 x 75.68 x 7.50. Honor 7, On paper, has a fingerprint reader is not really new, it is an improved version of the Ascend Mate 7. Redesigned, the first free of metal strapping. Both smartphones have volume control keys and the power button, With a special button called “Smart Key”, the Honor 7 allows you to launch  your favorite application or different system functions. For example, after configuration, support can launch an application, double-tapping can make a screen printing and a long press activates a whole new service. Honor 7 loudspeaker is lower than on its edge like the Huawei P8 also with the metal design. The Honor 6 Plus loudspeaker placed on the back, Side volume, the speaker of Honor 7 seems to sound much stronger.

The Honor 7 sports a 5.2 inch Full HD screen slightly smaller than the 5.5 inches of Honor 6 Plus. The two terminals features a Full HD, the difference is density,Honor 7 displaying 424 dpi against the 6 Plus 401 dpi. Despite the slightly larger build, the Honor 6 Plus provides greater screen surface, higher screen-to-body 73.2% of the smartphone while the Honor 7 has “only” 72.4% of the surface. 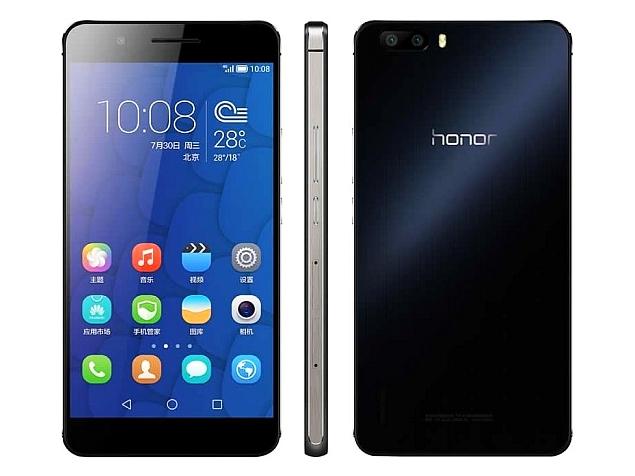 Both smartphones powered by a KIrin SoC processor, Honor 6 plus powered by Kirin 925 SoC with 2GB RAM other side Honor 7 powered by Kirin 935 SoC coupled with 3GB RAM, Level graphics chip little Cortex architecture. Honor 6 Plus features Cortex-A15 and A-7 clocked at 1.7 and 1.3 GHz. The Honor 7 features Cortex A-53 four cores clocked at 2.2 GHz and four others at 1.5 GHz. Both models are available in versions 16 and 32 GB (6 Honor Plus) and 16 and 64 GB (Honor7). Their abilities are expandable via MicroSD, and also with dual-SIM.

Both Smartphones have non-removable batteries. Honor 6 Plus More capacity 3600 mAh than 7 Honor a little less, 3100 mAh. The Honor 7 is the first in the range to have a fast charging system. Huawei ahead of 5 minutes charging gives right to appeal and a half hour recharge time  to fill the battery to 50%. A beautiful promise but do not expect the quick charger with the smartphone. A charged battery will last over 2.81 days for ordinary users, whereas heavy users will be able to use it for over 1.25 days. The battery will give 24 hours on 10 percent charge.

.Many people do just enjoying the overlay interface Emotion UI or EMUI designed by the manufacturer. The Honor 7 has the same version as the P8 3.1 based Lollipop 5.0. The Honor 6 runs with the operating system Android 4.4.2 Kit-Kat. With EMUI, it seems that the latest version has some problems with the notification center. A drop of hidden applications menu is available, allowing you to store the icons on your Home screen. Ideal for a cleaner home or to separate professional and recreational applications.

This is one of the most obvious changes between the two models. The camera Honor 7 protected by a sapphire crystal glass. The sensor Honor 6 Plus features two sensors for back and front with a 8 Megapixel autofocus reacts in 0.1 seconds. 1080p @ 30 FPS video, dual LED flash, Honor 7 features a 8 Megapixel front camera and 20 megapixel rear camera, but these are replaced by the Sony IMX230 sensor Exmor RS. A phase detection autofocus.   Depending on the brand, autofocus reacts in 0.1 seconds. Coming to the connectivity for Honor 6 Plus Bluetooth 4.0 LE and Honor 7 with Bluetooth  4.1, for honor 6 Plus dual SIM, WiFi 802.11n 2.5 GHz and 5, and for Honor 7 Wi-Fi 802.11 a / b / g / n / ac, NFC.GPS. Huawei offers smartphones  at an incredibly affordable price tag.