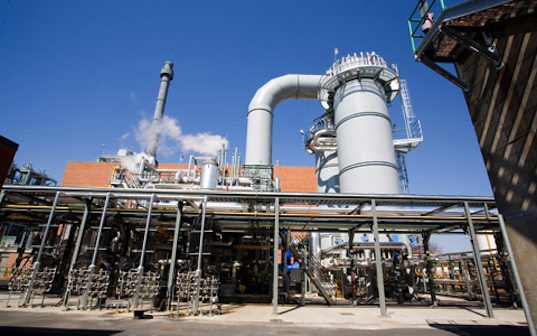 Eventually, the whole world can be based on hydrogen economy. A total conversion is a possibility, because hydrogen is abundant and it could potentially provide us a significant amount of energy. The most common technology that’s based on hydrogen is fuel cells. A popular type is PEM fuel cell or proton exchange membrane. Fuel cells use hydrogen and a catalyst made from platinum/carbon. Hydrogen is broken up into electrons and protons, which have opposite charges.

These free sub-atomic particles are highly reactive and unstable and they won’t be able to present at that state for long. Nature is about balance and neutralization and these sub-atomic particles will eventually combine with other atoms. It means that electrons can be easily drawn to specific elements of fuel cells to create energy. Protons will travel to cathode and combine with oxygen to create water. It means that not only hydrogen-based energy is interesting, but also very clean.

It is estimated that petroleum-based fuels will be exhausted in 50 years and there are fewer and fewer of new oilfield discoveries. However, coal is available at much more abundant number and it could last for a few centuries before exhausted. Despite all the benefits, it is perfectly clear that a change to a hydrogen economy can be quite challenging. As an example, it is expensive to convert standard cars into fuel-cell models. New cars with hydrogen-based technology are still prohibitively expensive for many people.

However, for many countries with limited hydrocarbon reserves, they have tighter timeline to adopt sustainable energy sources, such as hydrogen. In general, these countries should already have relatively widespread hydrogen-based implementations before 2050. It is obvious that hydrogen-based technology implementations are far from being mature. We need to consider how hydrogen should be transported and stored. In this case, we should get hydrogen storage that can be mass produced and cheaply manufactured.

Transporting hydrogen in very large quantity can be quite a challenge. It is much more complex than having a small hydrogen tank. There should also be good design that allows the creation of power plants based on fuel cells technology. In this case, we should make sure that we are able to make the whole costs low. There are different options to produce hydrogen, such as breaking water into oxygen and hydrogen using the clean solar power. In this case, solar panels can be installed near hydrogen stations and hydrogen can be fed to cars. However, such a technology will still require some developments.

If this technology can be applied on many houses, we could have a solution to worldwide energy problems. Even at that stage, fuel cells may not be able to completely replace all of our energy utilizations. For any household, at the moment, the transition to petroleum-based implementations can be very expensive. However, we shouldn’t become a slave to petroleum-based energy sources. Although their prices may have come down significantly, it would only be a matter of time before they will rise again. In fact, there have been wars that seem to be motivated by crude oil and gas.