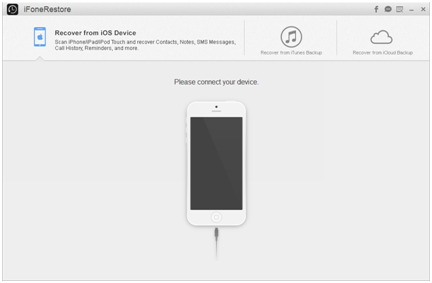 As the technology evolves and advances as time goes on, our daily life improves a lot, and people’s living standards get improved quite a lot too. By the time when NOKIA, Motorola and HTC ruled the entire cell phones market, a feature phone can be very expensive, which means not everyone can afford one. But now, as the king of yesterday is still struggling on its feet, it seems that everybody gets an iPhone in the pocket. Alas! Time changes everything.

Now let’s return to the subject! What could an iPhone possibly mean to a commoner? Well, first of all, it is a phone which people can call others and send text messages to others; apart from this very rudimental element, a person can use the iPhone to do a lot of other things, like surfing the internet, social networking on Facebook, updating a status on Twitter, recording a family event, taking a lot of pictures, playing video games, listening to songs, and so on and so on. So if the owner of an iPhone is a heavy user, who spend maybe around 3 hours a day playing with the device, it is likely that the device sometimes gets malfunctioned, or gets attacked, hacked, broken, or even stolen, which all generate some kind of data loss.

According to my own experience, all the iPhone data recovery applications usually have one thing in common. They all have three different ways for users under various situations to recover the lost data. These methods include scanning the iPhone directly, recovering from iTunes backup file and recovering from iCloud backup file. And no matter which way to take, users have to connect the problematic iPhone to the computer.

As to what kind of data these applications are able to recover from an affected iPhone, it also depends on the recovery method applied. But still, the capabilities of the iOS data recovery tool are more or less similar to each other. Taking the one I am currently evaluating for example, DVDFab iFoneRestore can help users recover Contacts, Messages, Call History, Notes, Calendar Items, Reminders, WhatsApp and Safari Bookmarks by directly scanning and analyzing the iPhone; and if you have a previous iTunes or iCloud backup file, then you are lucky to get more types of data back, which expand to Camera Roll, Photo Stream, Message Attachments, Reminders, and Voice Memos.

Knowing that the application is capable of what you are looking for, the next thing you need to check out is that whether or not this application can run smoothly on your system. Note that not all the apps are optimized for all the OS X versions, especially when you are still running a century old version like 10.6. But usually, most of the iOS data recovery apps I have met run on 10.8 and later. Also, if you are not a Mac owner but a Windows user, you should double confirm if the application has a Windows edition. The one I am using right now does have a Windows counterpart runs on Microsoft’s OSs starting with XP. In case you want to check it out, find it here at http://www.dvdfab.cn/ifonerestore-for-mac.htm. It sells at quite a reasonable and affordable price of $50 for a lifelong subscription on the Mac version and $46 only for the Windows edition.