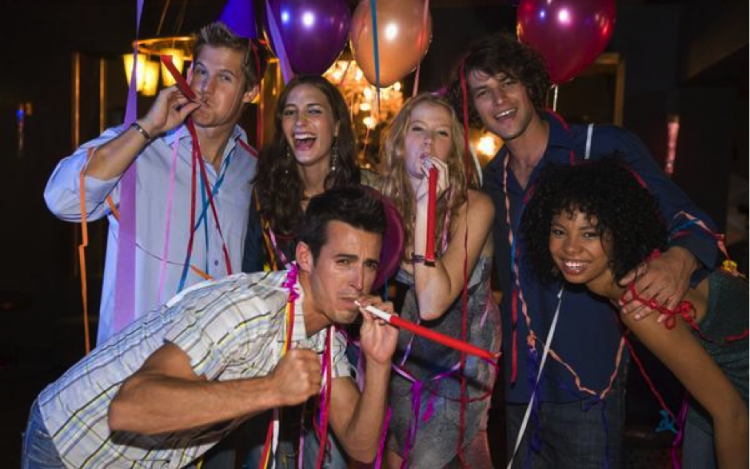 Whether you’re throwing the party or just attending a party, you want to make sure that you and everyone else is having fun. There’s nothing worse than being at a party that is boring, where the guests are sitting around yawning and checking the time to see how long before they leave without being too rude. In order to make sure your party is a hit, or to ensure that you show up as the life of the party, you’ve got to have some good games for your guests to play. Party games are great way to stir up conversation, get people talking to new people they’ve never met, and break the ice for the real fun to continue throughout the night. From classic board games that are still a hit, to drinking games, even to games that you haven’t played since you were 13 years old, there are plenty of fun games you can incorporate into your party to make sure everyone stays till the very end! These are the top 5 party-starter games to ensure a great time is had by all. 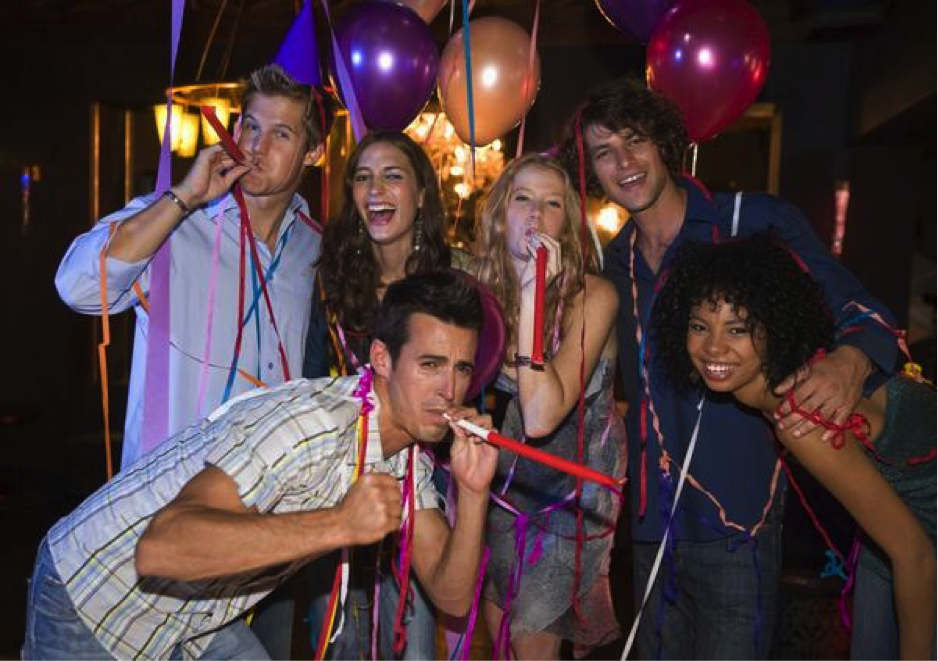 If you’ve never played Apples to Apples, you are missing out! This game is great for groups of all sizes and can be played with people from any age group, making it a great game for family get-togethers, work parties, or dinner parties. The game involves two sets of cards, one with nouns, and the other set with adjectives. The judge plays an adjective card into the center, for example magnificent, while the other players choose from one of their noun cards. Each player plays the noun they think best fits the adjective, and the judge decides to winner for that round. While it might not sound that exciting, it actually turns into a hilarious game where you get to learn a lot about your fellow players. People’s sense of humor starts to show and before you know it, everyone is rolling on the ground laughing.

You don’t need the board game to play this classic party game, just some paper, some pencils, and some willing participants. Each player takes a turn drawing something that the other team has thought up, while the drawer’s teammates try to cause at what he or she is illustrating. No words allowed. Not only does it get people to meet new people on their team and work together, but you get to see who is actually a hidden artist among the group. There’s a reason this game has been popular for years, it’s always a hit!

This game is sure to get some laughs going and is an awesome way for people to get to know each other on an intimate level. Each player starts with all ten fingers up in the air and visible. One person in the group starts my making a true statement about something they have never done. If anyone in the group has done this action, he or she must put down one finger. The first person with all ten fingers down is out. This game can get quite risqué, so it might not be suitable for all parties, but the content doesn’t have to be sexual. Either way, it’s a great way to get to know who’s done what!

Just because you’re not 13 and crushing hard on that cute boy from math class doesn’t mean you can’t play Spin the Bottle! This throwback game can be a really fun way to get everyone together and stir up some interesting conversation. Playing Spin the Bottle with your adult friends is a fun way to relive old memories and make new ones. If you have a lot of single people at your party, you could also end up playing matchmaker as well, which is always a hit at the end of the night!

If you’re wondering why everyone is standing off to the sides and not dancing, it’s probably because they feel awkward getting the party started. You can help them out by getting everyone to play Freeze Dance. Yep, another throwback to middle school parties, but you know it’s a fun one. This game is great because it turns the dance party into the game, so even people who are feeling shy and afraid to dance, will get involved and have a good time. If you don’t know how to play, it’s easy. You have an awesome playlist with dance songs that you start, and everyone must dance. You randomly stop the music and everyone must freeze. Anyone still shaking their booty when the music freezes is eliminated, until there’s only one dancer left. If you’re playlist is awesome, you’ll have people begging to get back in the game, and by the end of it, the dance floor will be packed.

If you want your party or wedding to be fun and interesting, get yourself a wedding planner costa rica, and be sure to play some of these all time great party-starter games. People will be happy to have attended a party that had some activity for them to do and they’ll be sure and remember what a great time they had playing games from their youth, meeting new people, and acting like a kid again!

Ali Asjad is a content strategist based in Stockholm, Sweden. He helps companies in vast and varied verticals be more successful and visible online. Circle him on Google+ to further the conversation.