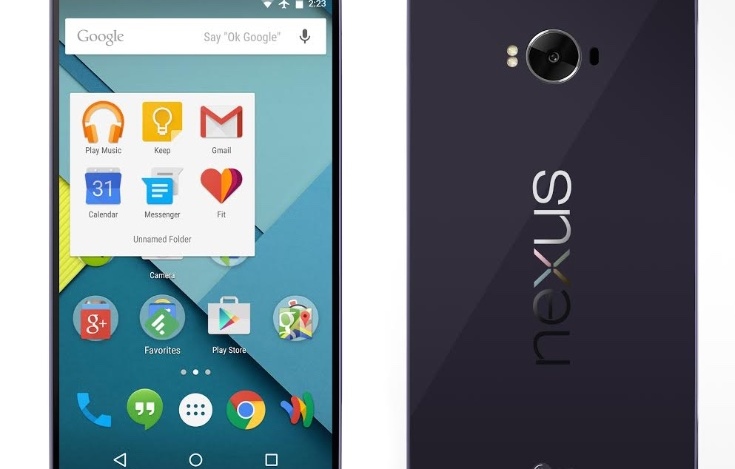 Google will unveil the new Nexus device from LG Electronics Inc. LG is working on a 5.2-inch Nexus device, LG Nexus 5 2015 is increasingly becoming the center of attention. According to Android Police, The site published much of its data sheet, interesting technical features. This LG Nexus 5 will be available in two versions 16 or 32GB of storage, It is said to arrive  in 3 color versions: black, white, and blue.

According to sources, the Nexus 5 (2015) is expected to carry a 5.2-inch IPS screen capable of displaying Type Full HD 1080p. Excellent news on performance. In terms of the processor, no surprise to expect, Android Police site sources continue to claim that it is indeed a Snapdragon 808 on board but has only two processing cores (four cores A53 + A57 four cores) coupled with 3GB of RAM. A very good alternative to the Snapdragon 810 and overheating problems. The Adreno 418 GPU in the chip is respectable.

As already mentioned, Well, and then the battery? There, LG and Google have opted for a capacity of 2700 mAh battery capacity. It is not huge but the Full HD screen and Snapdragon 808 processor should compensate. It sounds fairly in 2015, however,It is already more than the Galaxy S6 and S6 Edge. Moreover, this year few smartphones to go beyond the 3000 mAh. In addition, Android Marshmallow seems to surprise on the upside towards the energy consumption. Moreover, with a Full HD display, energy consumption is expected to remain under control.

Coming to the camera side, we should expect a primary sensor a 12.3 megapixel and always a front camera of 5 megapixels. The bare minimum of 2015. LG has always offered excellent cameras on high-end and there is no reason to change that. USB Type C is again raised, but, at present, the sources are not able to say whether it will be based on the standard USB 2.0 or 3.1. Fingers crossed that Google chooses the second option.