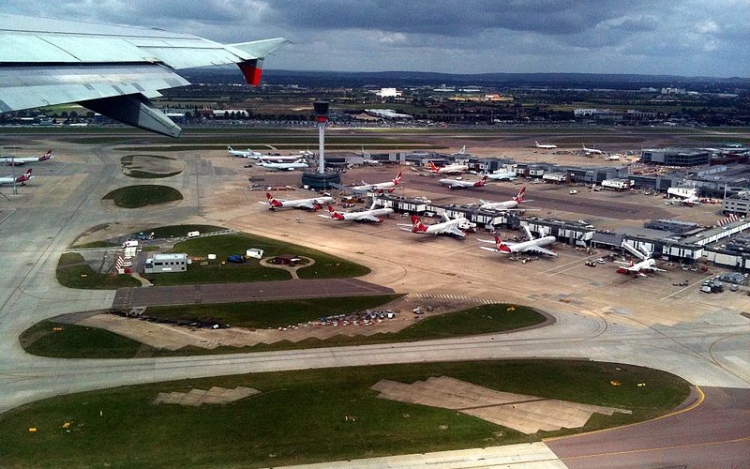 The industrial estates that surround Heathrow airport may look like any others but life close to a major airport can be an interesting experience to say the least. If you have any qualms about flying you quickly learn that there are a lot of planes and that they don’t generally drop out of the sky but there are other issues which you really don’t get anywhere else. For a start there are the rats!

Major airports require a plethora of support services and these include food producers. All those trays of food that you are presented with during a flight have to be put together somewhere and there are several airline caterers in the immediate vicinity of Heathrow. Unfortunately one of these was next door to my unit and we started to get unwelcome visitors.

Food attracts rats and my neighbour’s vigorous attempts to rid their building of vermin merely drove the critters into mine. One morning I was working in my office when a chorus of screams broke out and I ran down to the shop floor to discover that the entire rat population of West London had upped sticks and decamped to my warehouse. From that day on we waged a constant war against the rodents which I am not sure we ever won.

If you want a peaceful life then don’t work at Heathrow! The noise pollution is astonishing as planes fly overhead at the rate of one every minute and the roads are awash with rattling lorries crashing their way around the estates. Heavy machinery is everywhere and the motorways buzz with traffic all day and all night. You get into the habit of shouting instead of speaking and just about everywhere else seems deathly quiet in comparison.

I did consider adding ear defenders to the workwear for the staff because the warehouse did not benefit from the same sound insulation as the offices but you have to draw the line somewhere. We were already forking out for boiler suits because of the dirty environment and footwear because of the various hazards including the rats!

Heathrow is a major target for terrorist activity and has been the scene of mortar attacks. Every time a new threat emerges security is stepped up and you find tanks parked at the end of the road, soldiers on your car park and spot checks when you drive around the airport. It becomes tiresome when you have to prove your identity to enter your own building and the military wielding machine guns does nothing to enhance the working atmosphere.

The one occasion I can remember when the airport became eerily quiet was 9/11. All flights stopped and as there were rumours that Heathrow could be a target I decided to evacuate the building and send all the staff home.

Planes don’t usually drop out of the sky but they do have issues from time to time. If you are close to the airport you get a bird’s eye view of proceedings. Aborted landings, planes on fire and emergency landings are relatively common and sometimes you hear a plane overhead which simply doesn’t sound right at all.

Whilst the planes always seem to make it back to terra firma that doesn’t stop them dropping the odd bit of debris en route and we would frequently find rivets, assorted bits of metal and other airline hardware in the car park. On one occasion an entire door fell into the road outside! At least we weren’t working at the sewage works in Sunbury on Thames which was right underneath the point where aircraft lower their undercarriages for landing. Deceased stowaways in the wheel compartments would drop from the sky to meet a murky end in the pools below!

Life at the airport is certainly never dull but you can have too much of a good thing. I miss the buzz but not the noise, the military and certainly not the rats.