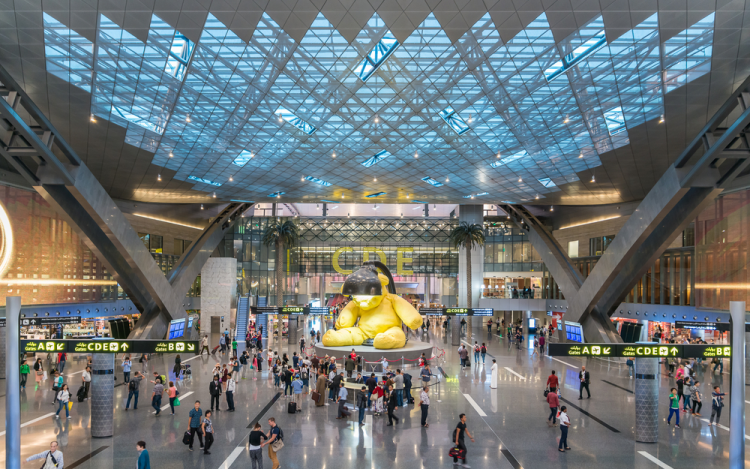 There aren’t many in this world who stick to what they once wished to become during childhood, but that is how Lee Adam Harryman is different from the lot. Adam was born on 21st January 1968 to Wendy Harryman and Spencer. From his adolescence, Lee Adam Harryman was fond of the creativity that lies behind architecture. This art amused him to the core, which led him to acquire a Bachelors in Architecture from the University of Leicester. Lee Adam further acquired his masters in the same discipline from the same University submerging completely into the practical world.

Countless Achievements to His Name

Lee Adam Harryman is a perfectionist. This is one of the many attributes that led him to become one of the most renowned architects across the globe. Adam is widely recognized for successfully overseeing the construction of Hamad International Airport in Qatar and terminal 1, 2, and 3 of Changi Airport in Singapore.

Lee Adam represents one of the largest groups in the aviation design and construction industry called the CPG Group of Companies. He particularly looks after the CPG Consultants aviation division. Among the several posts successfully held by Lee Adam include being the Senior Vice President for 5 years assuring the development of Hamad International Airport, a $16 Billion budget assignment.  Lee has also served as a Vice President for 13 years and continues to work as a Director CPG Qatar Office and HIA Steering Committee, Hamad International Airport.

Furthermore, Lee Adam is also the Senior VP for the design department of Changi Airport under CPG Consultants. Currently, Lee Adam and his team of professionals have been put forward by the Singaporean Government to further overlook a 10B USD project to expand Hamad International Airport in order to increase its capacity. Lee is also looking forward to developing the 5th Terminal of Changi Airport and plans on taking on board contracts for other international airports across the globe as well.

With a career that boasts itself, there is no doubt as to why Lee Adam has always been in the limelight. He has been a feature in documentaries and a part of several different publications across the globe. His immaculate work has been praised by the Huffington Post, Doha News, and DailyMail etc. In addition to that, Discovery channel also features the guy in its show, “Man Made Marvels”. Other publications where the Lee Adam is praised include, “Revealed: the best airports around the world to sleep in”, “Qatar shifts operations completely to Hamad International Airport”, “Hamad International ‘world’s coolest airport’ Huffington Post says” etc.

The British man is not only an acclaimed intentional architect but also a guru to several other architects of the next generation. He often shares his wisdom with Architecture students at the University of Singapore. Lee Adam believes he can be a revolution in architectural designs of the coming generations.

Lee Adam Harryman is married to Tan Wei Sian and they have a son together, Jenico Harryman. Lee continues to move forward with greater aspirations than ever before. Want to learn more about the risen star? Visit his website, www.leeadamharryman.com.