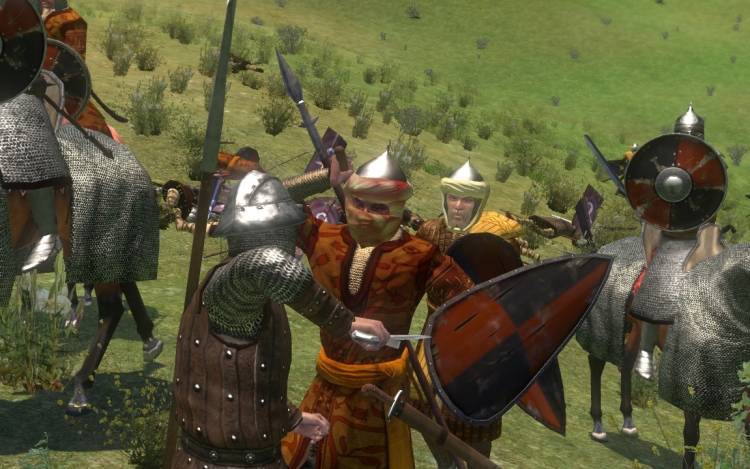 Mount and blade war band is an open world role playing multiplayer game set in a fictional, part-realistic medieval land of Calradia  that is a stand-alone expansion to its previous version from 2008 and promises to deliver all those things that its predecessor failed to deliver.  The game can also be played in multiplayer mode in addition to the RPG mode ,which is an update to the previous version. The multiplayer mode lets the player to directly fought battles according to the faction they choose and supports up to 250 players at a time.

There are eight multiplayer options available in the game like first person and cast siege. The RPG mode  also quite enjoying and has an everlasting experience with an adventurous storyline and character modification that player would definitely love. The RPG mode lets players have duel with the enemies, fight with swords, shields and arrows and make a name for him. The game also comes with improved graphics and game engine from the previous version. The multiplayer mode is quite addictive and will make player stick to the game for hours. The game also features fantasy and Sci-Fi mode. The game offers so many options to the player that the he never gets a bit of boredom playing it.

The single player or RPG mode lets the player play a role for a single person where he can play the role of a knight and set off the world to forge a name for himself, a trader where he can enjoy trading goods from town to town, a cattle farmer and herd his cattle to the nearest village and sell their meat for the profit and even can form his own kingdom and rule there.

The single player mode after creating the player lets the user select the gender, facial characters, and background and base stats. That takes the player fantasy to the next level and sees himself as a part of a game that leads to long sessions of game play. The player is free to pursue whatever goals he wants to achieve as there are no limits to it in this game’s huge game world. The player can mold his character according to his playing style and as soon as the game progressed the player gains skills and experience and finds himself in the world with endless possibilities.

The biggest USP of mount and blade war band that sets it apart from its former version is the introduction of multiplayer mode. This mode rather than a storyline focus on direct combat where you can enjoy the matches with over 250 players from all over the world. All players at the beginning of the game are given by the  template character which can be customized by in game purchases that are available in the faction that players choose. The game offers a set of eight multiplayer modes that make user stick to the screen for a long time like the team battles and capture the flag modes that players are bound to love.