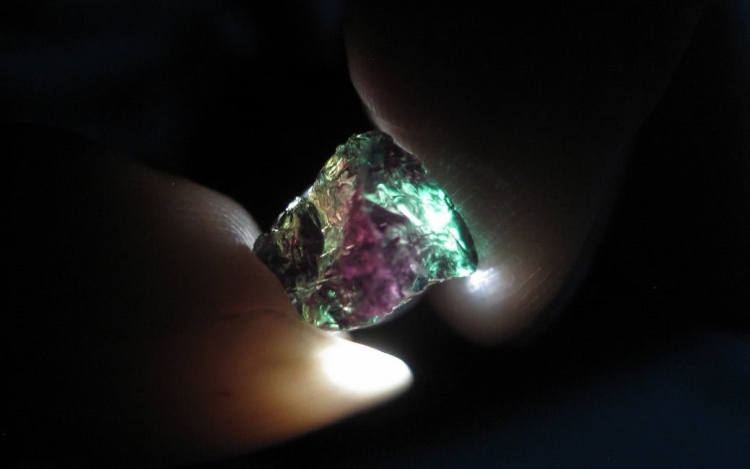 Gemstones have been popularly worn since ancient times as jewellery as well as for healing purpose. Gemstones are called ‘Ratna’ in Hindi. Gemstones have been used to make rings and other ornaments for special occasions like wedding rings, rings for wedding anniversary and other such special occasions which are of importance. For example, Emerald gemstone is said to have been a special favourite of Emperor Shah Jahan (of India who built the TajMahal), so much so that he got the Emeralds in His collection to be inscribed with holy texts and used it as amulets, Sapphire gemstone was chosen as the engagement ring of Prince Charles and Lady Diana was 14 sparklingDiamonds surrounding a beautiful Ceylon Sapphire.

The power of each gemstone is different and unique which can be credited to their natural formation in earth. What is also interesting is the fact that there are fascinating myths and folklores attached to many of the gemstones. Let us find out about the myths attached to some gemstones:-

The precious Diamond is perhaps the most sought after gemstone and is also known as a ‘girl’s best friend’, this is the hardest gemstone. One of the myths about Diamond justifies why it is so hard. It is said that the primeval God of Time, Chronos, had transformed a young man called Adamas into a valuable gemstone. In Geek the name Adamas means ‘invincible’. Adamas became extremely strong after he was transformed. It was considered a remedy to poison and was said to reinstate love between couples who were married and this transformed Adamas later became known as Diamond.

In India, the Hindu legends say that Lord Krishna had gifted Radha (His eternal love) a huge beautiful Diamond to represent Her beauty when the Diamond glittered in the moonlight, which some believe was the world renowned ‘Koh-i-Noor’ diamond.

In ancient Rome and Greece it was believed that Diamonds were small pieces of falling stars and also believed it to be God’s tears.

The mesmerizing Blue Sapphire is called Neelam in India, and is a stone both loved and feared. In ancient times people believed that the world was placed on a gigantic Blue Sapphire which reflected to make the sky look blue.

Sapphires were considered to protect from poisoning of any kind. It was believed that if the most venomous of snakes was placed in a vessel with Sapphire then the quick death of the snake was assured.

Legend has it that the Ten Commandments were written on tablets made from Sapphire gemstone which makes the gemstone holy.

The mesmerizing Blood Red colour Ruby gemstone is has been one of the most popular precious gemstones. In India it is called Ratnaraj (King of gemstones). The name Ruby is from the Latin word ‘Ruber’ meaning Red. It is said in the olden ages tribes used Ruby bullets for blow guns.

It is believed that when God created the 12 precious stones, Ruby was the most valuable of all and by God’s command it was placed on Aron’s neck.

Ruby when offered to Lord Krishna will make the person an Emperor/King in his next life, was a belief of ancient Hinduism.

The ancient Burmese soldiers used Rubies as a protection from injuries, wounds or spilling of blood from weapons of war. They believed that simply wearing them was not sufficient and so inserted them into the skin to gain the invulnerability of Ruby.

A mythical story says that God gave King Solomon an Emerald gemstone as one of the four stones which was a gift that bestowed the king with the power to rule over creation. Later it was believed that an Emerald gemstone put under the tongue could help one see the future and disclose the truth. Also it was said if one was wearing Emerald then the person would be able to detect if his/her lover was saying the truth or not.

The attractive Amethyst gemstone is derived from Greek, ‘A’ meaning “Not” and ‘Methystos’ meaning “drunk”, so compounded it means “not drunk” and the myth connected to the origin of Amethyst gemstone also resides in Greece. It is said that the God of wine and intoxication, Dionysus, was once in a foul mood as a mortal being refused to believe or have trust in His powers. In this state of anger, He saw a young girl called Amethyst who was on her way to worship Goddess Diana. He detained her and called two fierce tigers to devour her while He sat back and sipped at His wine. The young Amethyst called to Goddess Diana asking Her for help. Goddess Diana saw her and understanding the situation immediately converted her to a gleaming white stone(like quartz), to protect her. Dionysus woke up from His anger, realized His behaviour was uncalled for in remorse He started to weep, His tears dropped into His glass of wine. Dionysus fell down suddenly and the tear-tainted wine flowed to the stone which was Amethyst, which absorbed the colour. This created the Amethyst stone which we so like.

The ancient Egyptians believed that the Lapiz Lazuli gemstone had come from Heaven to give protection in the afterlife of a person. They therefore used Lapiz Lazuli gemstone in burial masks, for their totemic artefacts, God statues and jewellery. In Africa, Europe and Asia too, Lapiz Lazuli was often placed in tombs alongside the body of the deceased loved one.

It is said in olden times Egyptian priests drank’Soma’ a potent drink from cups made of Peridot, believing that doing so will get them in favour of Goddess Isis (the Egyptian Goddess of nature). The Peridot gemstone is said to have glowed with light after sunset, which is why miners were said to have looked for these gems t night.

The amazing Opal gemstone shines with colours of the rainbow.

Arabian legend says that like flashes of lightning Opals fell from the Heaven.

A sweet legend of the Aboriginal origin says the creator of Dreamtime, which is an ancient world supposed to have been created by the spirits, had visited Earth on a rainbow. The creator of Dreamtime is said to have delivered messages of peace and love to humanity and left back for   Heaven. But legend says that the rock on which He stood absorbed all colors of the rainbow which became the Opal gemstone.

There is an interesting myth about the creation of Onyx gemstone. The name Onyx is Greek means ‘nails’ or ‘claws’. This leads us to the myth that once when Venus(Goddess of love) was sleeping, Cupid/Eros is said to have used His arrow to clip her fingernails and left it strewn all overon the sand. Seeing this, God turned them to stone, which is the Onyx gemstone, as it is believed that a Heavenly figure’s body parts always has life in it.

Tourmaline is available in blue, pink, green, red and yellow, beside the black variety. Egyptian legend says that the stone passed through a rainbow after leaving the Earth centre because of which there are so many colours of Tourmaline.

It was a practice among the Native Americans to give specific colours of Tourmaline as gifts in funerals. Shamans of Australia and Africa believed that Tourmaline could detect sources of trouble, help understand the cause and give advice on what is to be done for the good results.

The Moonstone is considered a magical and mystical stone. It was believed to have been made of Moonbeams as per Hindu mythology, perhaps because of the geological structure of the gemstone. It is also said to being beautiful dreams to the wearer, as per India. In Arabian countries women are said to use it as a talisman for fertility and wears them by sewing it in their clothes.

Aquamarine, the lovely sea-blue gemstone is said to have been in treasure box/chest of Mermaids of the sea and that is where it was found. Sailors of olden times wore aquamarine as a charm to have a safe sail and journey in the rough seas.

Intriguing legends about the glowing Garnets exist. The Garnets resemble Pomegranate seeds and in that context there is a story of Hades who gave some Pomegranate seeds to Persephone as a symbol of safety. So it is believed that Garnets serve as gifts for travellers and is supposed to ensure that the person returns back safely and to minimize the emotional distance between lovers who have separated.

Garnet is one of the gemstone said to have been given by God to King Solomon.

Noah’s Ark is believed to have been lined by very finely cut Garnet gemstones so that the ark stayed illuminated.

The Amber gemstone is said to have been considered a Tiger’s soul by the Chinese in olden times.

The mythology of Norse mentions that when Goddess Freyja, the Goddess of Love and Gold, cried it used to turn to Gold and when her husband went away it turned to amber, which is the Amber gemstone.