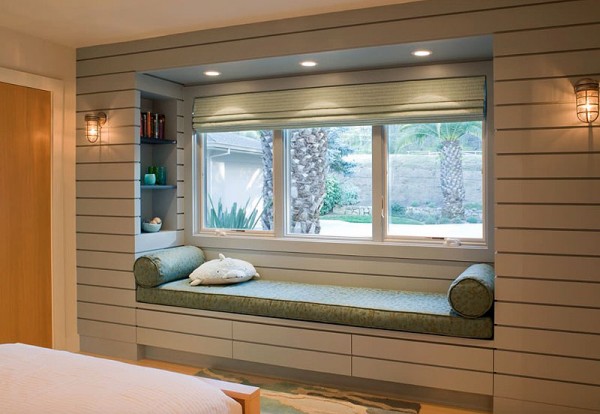 Many creative new ideas on how to give your home a facelift and a fresh aesthetic appeal abound today in the world of interior decoration. Top on the list of trendy ideas that give your home a radiating wow look at first sight is installing Bay and Bow windows; it’s the tradition today to associate these windows with class and luxury, so having them installed in the rooms of your homes confers this status on you; they just literally stand-out as the first premium adornment every guest would notice almost immediately.

First of all, it’s important that you understand the difference between bay windows and bow windows. Many people use the terms interchangeably, however, that’s not entirely accurate. A bay window is a window that extends from your home and features three separate windows or window panels. A window extends at an angle on each side of the bay window and the middle window extends flat across between the two.

A bow window, on the other hand, can feature three, four or five different window panels or sections. Whereas the bay window takes on a very angular appearance and it projects from the home several feet, a bow window is going to look more curved in nature. Hence the name bow, as the curved design looks like the arch of an archery bow. The bow window will still extend out from the home but typically will not extend as far.

Bay and Bow window would make a great addition to any home. If you are about remodeling your home but yet to have an idea of what you want the interior of your home to look like, you may not need to rack your brain any further. Fixing a bay and bow window is the idea for you. Apart from having a transforming effect on the interior of your home, it confers economic value on the purchase consideration for your home.

Having a befitting home that stands out from the rest is the dream of everyone. Sometimes, it doesn’t just end there, the lurking motive is to make a strong statement of your worth; whichever class you fall into, bay and bay windows are good means to achieve your ends.

And just a quick reminder for those who want their homes in the pricey range; you just must install a bay and bow window now; market report has it that with the global economy just recovering, blind purchase of real estate assets at crazy prices is no more commonplace; every buyer out there now isn’t on a spending spree; the days of amassing real estate assets for show are over. Now every home that would be a big buy must be worth it. Bay and bay windows are one of those executive features in your home that could attract the big buyers and see you hit a big deal.