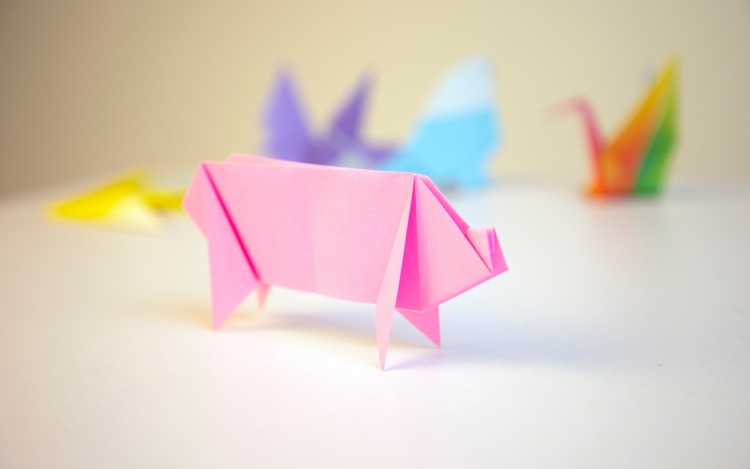 Origami folding is a relaxing activity that offers a lot of benefits to hobbyists and professional origami artists alike.

Even if you’re just a beginner who’s trying to learn how to fold origami, these benefits that origami can provide you are palpable to your experience.

Origami folding started out as a religious practice in Japan, and it slowly became an underrated art form in the modern age. The great thing about getting into the art of origami is that you can go really simple with it, but you can also incorporate complicated mathematical theorems once you become an expert at it.

If you’re looking to incorporate an easy and affordable hobby into your life, then maybe you want to consider origami folding. That said, we’ve listed down a few educational benefits that you can reap from this activity:

Although you might not think it, origami folding is an activity that will develop critical thinking in people.

Whether you’re a child or an adult, you would find it useful to exercise your critical thinking skills in a variety of activities, including origami. Each fold on a piece of paper can create one part of the entire structure.

Understanding the links between each fold and how it relates to the overall structure is part of developing your critical thinking skills. Even if you’re following instructions to create your origami, it teaches you to get into the mindset of thinking in a systematic way.

Life will offer you a series of problems that you need to be able to tackle so that you can learn and grow from them. However, if you don’t have sufficient problem-solving skills, then you might be creating more problems for yourself.

This makes origami a simple activity that you can teach your kids to prepare them mentally for the real world.

If scientists can benefit from learning the origami art form, then so can anyone else.

The hand-eye coordination of young children is still at a developmental phase. Thus, they need to engage in activities that stimulate this aspect of their growth.

Instead of letting your young kids entertain themselves by leaving them with gadgets, teaching them the art of origami is an ideal alternative that will improve their development.

Improving their overall cognitive development through following step-by-step instructions on how to create certain origami is good not only for their language and communication skills but also for their motor skills.

For kids, the ability to concentrate and focus on a single task can be a challenge. It is not usually because they are misbehaving. It is simply part of being a kid.

However, they need to undergo certain behavioral changes that teach them when it is important to focus on a task. One way to do that is by teaching them the art of origami.

Origami rewards those who follow certain instructions with repeatable actions step-by-step. If they follow the instructions accurately and neatly, then they can get rewarded with a wonderful and simple origami piece.

This is how origami teaches kids to be patient and learn the value of hard work if they want to be able to get the results that they want.

The great thing about origami is that even if you can do it on a one-by-one basis, it doesn’t mean that it won’t work well if you work with other people.

If you teach students and want to show them the beauty of origami, then you can do that. If some students finish faster than other students, they can help teach their classmates how to master the origami.

It doesn’t matter what age they are because origami isn’t a competitive sport. It’s a simple task of creating some form of structure out of a piece of paper.

Some are better at it while others aren’t, but it’s a great way of connecting people together for a similar task.

Although some might think that art and mathematics can feel like they’re polar opposites, origami can show that this isn’t the case at all.

You might have heard of a lot of mathematicians who found that origami models are a great way of learning abstract concepts of geometric shapes and spatial reasoning.

Last but not least, origami is also a great way to get people in touch with a culture different from their own. Learning about the history of how origami came to be is both a culture and a history lesson for people.

Learning how to appreciate different cultures is more important now as the world continues to feel closer to one another as the years pass.

Origami is a simple paper-folding art form, but it is so much more than that in terms of what it can offer people. Whether young or old, origami is a worthwhile activity to simulate the brain. Not to mention that all you need is origami paper and your own hands.