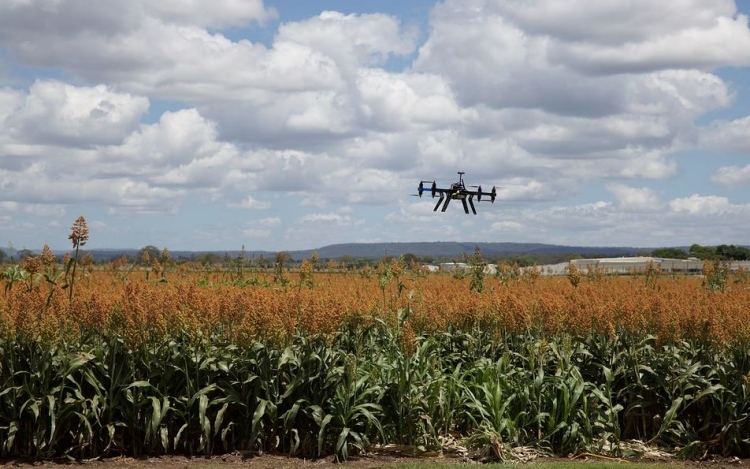 Agriculture has been a field of great technology advancement ever since the first founder crops emerged during the Neolithic period. Humans have been perfecting the development and use of farming tools over many centuries, and major technological innovations have been introduced steadily since the 1930s. In the 21st century, we are witnessing the advent of information technology, satellite communications, and robotics in farms around the world. With this in mind, here are four cutting-edge technologies being leveraged these days to optimize crops:

Automating the tasks of fruit, vegetable, and grain harvesting is a pressing issue in countries such as Japan, where a rapidly aging population calls for technological solutions to ease labor shortages. Not all harvesting robots need to be autonomous; for example, Panasonic has developed tomato-picking systems that move along rails installed along greenhouses. It is estimated that harvesting takes up to 20 percent of the entire tomato farming workload, which makes the use of robots very efficient.

The use of GPS navigation systems is becoming standard in massive grain farms where tractors are commonly used to work the land. Not all GPS units for tractors need to be self-contained; farmers who work on smaller plots of land can use smartphone and tablet apps that they can install in the cabin for field guidance and machinery tracking.

Multi-spectrum imaging is the latest technological advance being applied to drones that fly over farms. Drones equipped with thermal cameras have proven to be very useful for locating livestock; other imaging applications are being used to measure irrigation levels, conduct surveys of fence lines, view damage caused to crops by inclement weather, and various other applications.

Doing Things with the Internet of Things

It did not take long for IoT applications to be developed for agricultural use. In Brazil, a tech startup called BovControl has experienced considerable success with livestock tracking solutions. To a certain extent, BovControl is similar to the microchip implants that some pets have these days; these tiny chips connect to the internet and provide more than just geographical location but also vaccination data and animal health records.

In the end, agriculture is bound to become more precise and efficient with the continual development of farming technology. It should be noted that technology in the agricultural sectors is not moving in the direction of replacing farmer or human workers; it is largely focused on optimization to yield better crops, protect nature, and feed the growing population.