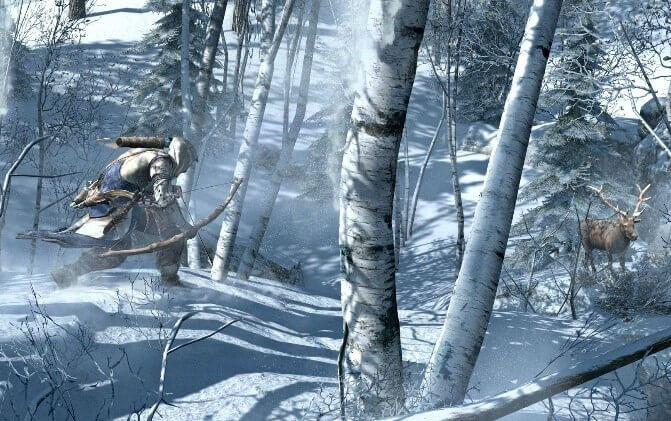 The first popular video game is probably Pong in 1970’s; but the real emergence of games as widespread consumer entertainment started in 1980’s. In the late 1980’s, Nintendo released NES or the Nintendo Entertainment System and it was a huge improvement over previous consoles. Eventually, more realistic-looking games appeared thanks to the improved hardware utilizations and 64-bit capability. The next breakthrough was the Sony Plasytation and again, it was a huge improvement over the Super NES, that provided deeper colors, detailed graphics and more complex gameplay. Sony Playstation dominated the console entertainment market in early 1990’s and the Nintendo 64 came far behind at the second position.

With the introduction of Windows 95, computer games also picked up the pace and graphics also improved compared to the typical DOS-era representations. Unlike console gamers, computers users could customize their computer hardware and choose the one that meets their budget. In early 2000’s, the console market was reinvigorated by the appearance of Microsoft Xbox, Nintendo GameCube and Sony Playstation 2. Home console entertainment has reached a new level of success, unlike previous eras. Eventually, new game consoles arrived and we got, Xbox 360, Nintendo Wii and Playstation 3. Manufacturers also provide us with plenty of innovations and gimmicks. They want to attract the attention of gamers in the market.

The biggest argument is which console is the best for us. It is clear that the current Sony Playstation 4 is competing in the same market with the Microsoft Xbox 360. On the other hand, Nintendo’s solutions seem to be based on family-oriented audience. The Japanese company try to appeal the market with innovative controllers, while Microsoft’s offers the Kinect to provide motion-sensing controls for its Xbox consoles. Both approaches definitely much better than pressing buttons on the physical controllers. Due to different characteristics, people have different opinions about the best game consoles for their personal users.

The competition between Microsoft Xbox One and Sony Playstation 4 is more heated and in some respect, the former seems to be barely ahead in some areas. Both have stunning graphics and they support millions of online multiplayer gamers around the world. Microsoft is known for its intensive experience in the computer technology and with the new Xbox One, many gamers are convinced to make it as their primary home entertainment and gaming system.

Many people are expecting to get latest innovation in the video games market. The virtual reality technology has been introduced for more than one decade. Unfortunately, it is still unable to be seamlessly integrated with mainstream console systems. It will require huge changes and improvements in the way games are developed. Processors and other hardware will get smaller and faster. Eventually, it will be possible to have a VR headgear that becomes a fully functioning portable gaming system, without requiring external devices.  However, it will take some time before we are able such a technology is deployed to the market for public uses.