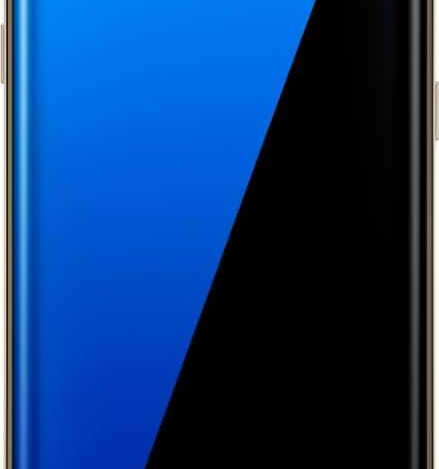 South Korean tech giant, Samsung had recently launched its latest flagship smartphone twins, the Galaxy S7 and Samsung Galaxy S7 Edge and they are now ready to hit the market. Like before, these two Galaxy twins offer a wide range of premium features while being loaded with topnotch specs. The Edge as its name sounds has an edge over its other flagship twin with some additional features and options at of course an additional premium and is meant for those with a nose for simply the best.

Let’s take a look at the real differences between the two latest Samsung flagship smartphones that set them apart and also the similarities between them:

The design language of the Galaxy S6 and Galaxy S6 Edge have been carried over to their successors. This means that both these new premium handsets come with top quality design comprising of sculpted metal and glass construction.

While the overall design has remained the same, the company has definitely improved the design for the latest models. The rear design has been rounded off for better comfortable hold and balance. The rear camera bump had become highly subtle so that you can place the handsets on flat surface and they can function without rocking.

The new Samsung Galaxy S7 Edge is also bigger device than the Galaxy S7. While the latest S7 Edge is a bit taller and wider, it is also just 5g heavier than its S7 counterpart while also being 2 mm slimmer.

Looks wise, the most remarkable difference between the Galaxy S7 and Galaxy S7 Edge is the latter’s curvy sides. The Edges, as Samsung calls them, while being stunning also hold some ingenious features.

The Edges can be swiped to access the saved favorite contacts and also frequently used shortcuts and apps. Now, Samsung has also added third party apps support. Yet, the Edge’s sides are much more about its style rather than substance, and this certainly gives the Samsung Galaxy 7 Edge the additional edge over the regular Galaxy S7 when it comes to styling.

This year, Samsung decided to differentiate the two flagship Galaxy models more notably and thus the 5.5 inches display on the Edge which puts the phone directly against the iPhone 6S Plus.

The resolution on the Galaxy twin is the same, thus, the Galaxy S7 Edge being a slightly larger than the S7 and gets slightly lesser ppi, but the difference is not noticeable. The latest Samsung Galaxy duo also both get quad High Definition displays and both are highly impressive offering stunningly bright, crispy images and vivid colors. Despite the Super AMOLED displays, the smartphone screens don’t get over saturated owing to Samsung’s advanced technology.

The great thing about the S7 Edge is that it has such an impressive compact package that despite the large screen it seems to be a smaller device, thus highly convenient to use.

The Samsung Galaxy S7 packs in an Exynos 8890 octa-core or a Snapdragon 820 quad-core processor depending on the market that gets the support of 4 GB of RAM and also gets Adreno 530 or Mali-T880 MP12 GPU to handle the graphics part. Samsung Galaxy S7 Edge gets powered by the same Exynos 8890 Octa core or Snapdragon 820 quad-core chipset and graphics support along with the same RAM.

Thus, in terms of hardware specs under the skin everything is same in both the devices and both are very fast as well as smooth. The smartphone twins offer great specs and are currently among the fastest and most powerful handsets available in the market.

The camera department is really important for many high-end phone and here again, the latest Galaxy flagship models are exactly the same. So, if you pick the smaller S7 you don’t have to compromise even a bit on the camera department.

It is now a pretty well known fact that the megapixel count alone don’t make for impressive images. Thus, Samsung has dropped to 12 MP from 16MP, but the sensor size remains the same as before, that is 1/2.6″. This means larger pixels to a large 1.4 µm. Bigger pixels results in more light absorption and impressive low light condition performance. The excellent f/1.7 lens also allows for the great overall performance.

Both the devices get Dual Pixel technology for their cameras and this means highly rapid autofocus and also offer some of the best picture quality that any high-end smartphone can provide in the current market.

While the Samsung Galaxy S7 comes packed with 3000 mAh battery pack, the Galaxy S7 Edge draws its juice from a more powerful 3600 mAh pack. Both the phones get wireless charging technology.

Samsung has corrected the Achilles’ heel of the Galaxy S6 and S6 Edge with the new models. The battery department has been highly improved with the more powerful batteries in the latest S7 duo.

The Samsung Galaxy S7 Edge gets larger battery owing to its larger screen size, but it is still better than its S7 sibling when it comes to all day long usage with better backup. Thus, when it comes to battery life, then the S7 Edge again has an edge.

Both the Samsung Galaxy S7 and the Samsung Galaxy S7 Edge are among the best advanced Android smartphone models and are exactly same in many departments. That said, the S7 Edge comes with the added attractions of a more unique design, bigger screen and better backup which do make it more edgy than the S7.