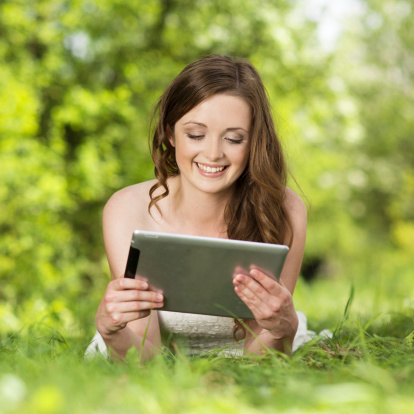 Purchasing a new piece of personal electronics means having to make a lot of choices. Obviously, if you’re planning to be mobile, you can ditch the idea of a desktop, and if you’re looking for something even smaller than a notebook and you don’t want it to do too much, you’ve pretty much narrowed down your choices to a smart phone, a tablet or an eReader.

On second thought, let’s skip the smart phones. They’re worth an entire blog in and of themselves, and besides, they’re annoying.

That leaves the choice down to a tablet or eReader. Although that choice may seem to beg the question “Which of these is better?” it actually raises a very different question: “What do you want to get out of it?” So here’s a look at both device types and what they can do.

Okay, let’s get something out of the way right now. An eReader has one and only one main function: to enable you to read electronic books; hence the clever name. If you love reading (and if you don’t you should! Just saying!), but you don’t want to lug a lot of books around, then yes, by all means, the eReader is hands down your best choice.

The eReader’s price is far and away its biggest advantage. A decent eReader will set you back a couple of hundred dollars, tops. On the other hand, tablets are pretty pricey. For instance, Amazon’s Kindle goes for $199, whereas the iPad starts at $499.

For the sake of illustration, take a look at this Ematic EB101B 7″ E-Book eReader. You can read with it, play music, watch videos, and view pictures. It has 4GB of memory, which can be expanded if you want to purchase that accessory, and you can synch the device to your PC or Mac. But at the end of the day, that’s all it does: it displays media.

But also bear in mind, not every eReader is created equal. Amazon’s Kindle Fire has enough functions and features that it almost blurs the line of distinction between the two device types.

Take a laptop, get rid of the keyboard, shrink the display down to around 10 inches, and you pretty much have the idea behind a tablet. Tablets have actual processors, webcams, microphones, at least twice as much storage, and also access to a lot more apps than an eReader does. This is because as a rule, eReaders run off of proprietary versions of operating systems like Android, and may be limited to what apps they can use. Again, if you don’t care about apps, then it’s no big loss.

Here’s a typical tablet, the Asus T100. A brief glance at its details clearly shows that its larger price tag also brings you more functionality. Granted, tablets aren’t all that great for, say, playing online games (their graphics only go so far), but they undeniably bring you the processing power of a laptop in a considerably more portable form. If you want something that you can use to web surf, check your email, and yes, do everything that an eReader can do, including running ebook apps, then yes, go with the tablet.

Many models of tablets also have optional accessories available, including attachable keyboards for those of you who want a hybrid tablet-laptop experience.

Which Is Best For You?

At the end of the day, you’re the only one who can answer that question. Once you get an idea of what you want to use it for, and perhaps do a little more research by going online and consulting a tablet/eReader buying guide, you can come up with the solution that best suits your needs. The trick is not to spend any more money than you have to, and that means making sure you’re not paying for functions that you really have no intentions of ever using.

Do you want to read the collected works of Stephen King without hauling around his entire library? Get an eReader.