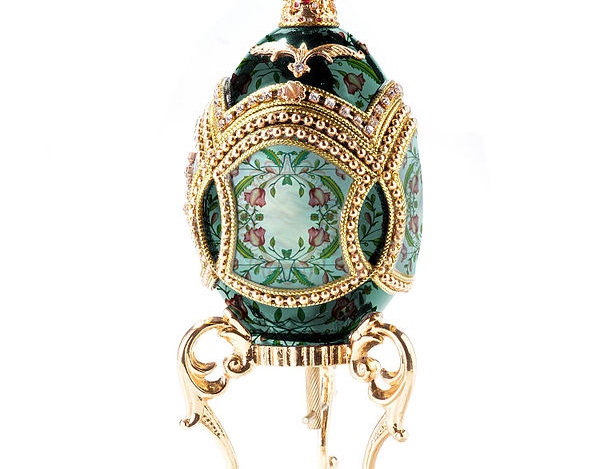 How much would you be prepared to spend on an Easter egg? £10 perhaps for a really good one or do you take advantage of the many offers which inevitably appear at supermarkets in the run up to the holiday period? For most people an Easter egg is a naughty but nice treat which is quickly eaten and then forgotten but that wasn’t the case for Tsar Alexander III in Russia who was in the habit of commissioning extravagant eggs for the Tsarina which were designed by none other than Carl Fabergé. 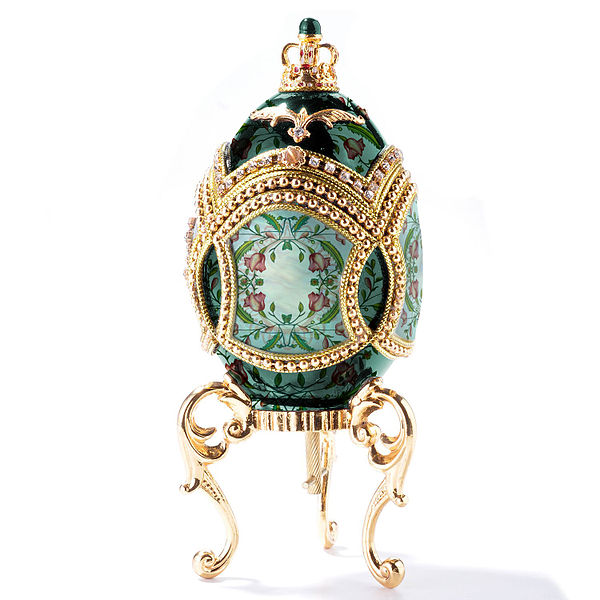 Fabergé crafted 75 exquisite Easter eggs over the years with 54 being for the Russian royal family. The whereabouts of the majority of the highly prized eggs have been traced but a handful were lost and thus far have never been rediscovered. For the wealthy collectors who now desire the eggs, the whereabouts of the missing masterpieces is a matter of great fascination.

There is always the hope that they have not been melted down for their precious gold and that they will resurface one day. A couple of years ago this is exactly what happened when a Fabergé egg was found to be languishing in an American kitchen.

The egg was in the possession of a scrap metal dealer who had found it on an antiques stall and purchased it for £8,000 based on the value of the gold and gemstones it contained. The dealer tried to sell on the egg but failed as prospective buyers thought he had over-estimated its value. The egg ended up in the dealers kitchen as he then had no idea what to do with it. Several years past until he decided to do some research into the piece.

Inside the egg there was a Vacheron & Constantin timepiece which helped provide details for a Google search. The dealer was astonished to find a British newspaper article online explaining the story of a lost Fabergé egg which sounded suspiciously like the one in his hands. He contacted an expert mentioned in the article who then travelled to view the egg and confirmed it was the missing treasure.

The egg was purchased by a Fabergé collector landing the dealer a £20 million fortune and changing his life. Until that point the highest price achieved for one of the rare eggs was £8.9 million for the Rothschild egg commissioned by Béatrice Ephrussi de Rothschild as a gift for her brother’s fiancé. That egg now resides in the Fabergé museum in Baden Baden, Germany.

The golden egg demonstrates that there are still rare treasures out there and that they can show up at any time and in the most extraordinary places. Sometimes people are simply not aware of what they have. After further research it turned out that this egg had been sold early this century for just £875 at an auction house who also failed to realise what they had.

It is all enough to make you turn out your attic immediately! For most people Easter eggs and Easter decorations are a modest investment and are quickly forgotten. For the Russian Tsar Easter was an occasion on which to splash out on something altogether more extravagant but even he would be surprised at just how much his gifts are worth today. Sally Stacey is a keen writer and business owner who divides her time between writing and running her shop.