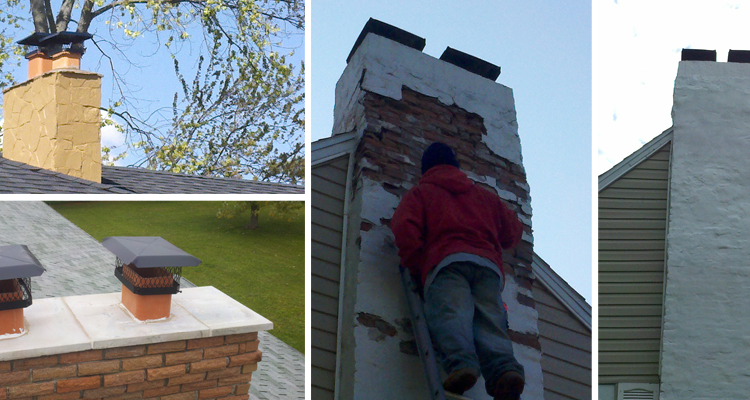 Chimney sweeps have been around as long as chimneys themselves, and have always been in demand, as the open fire was the only means of heating the home in those days. Such was the demand that “sweeps” were to be found in every town, village and hamlet in the UK, and there were even master sweeps, who were considered to be most skilful. The chimney is an integral component for any interior open fire, and it has two purposes, firstly to provide an escape for the smoke, and perhaps more importantly, to create a draught that causes the fire to be continuously combusted. Soot quickly builds up in a chimney, and it must be removed, otherwise there is a risk of it catching fire, and this is the specialist trade of the chimney sweep. If a chimney has too much creosote, it will restrict the airflow and affect the fire.

Chimneys come in all shapes and sizes, and in Victorian times a chimney might have several sharp turns or curves, and the only way to access some areas was to send up a boy, who would clean the chimney sides as he went. Many working class families encouraged the boys to enter the sweep industry, as there was always a demand, and as a profession, a chimney sweep was seen as a stable and necessary trade. If a boy were both light and nimble, he could work quickly, even in the tightest of spaces, and many of the sweep boys stayed in the profession to later become master sweepers.

Despite the introduction of gas and electric central heating, people are reluctant to move away from the warm and satisfying glow of an open fire. Harsh winters have always been a part of British life, and the open fire has firmly embedded itself into the British culture, and for good reason. As many homes still burn coal and wood, the chimneys must be swept, and you’ll be relieved to know that they no longer send boys up the chimney. The process is much cleaner, and with CCTV inspections, it is possible to examine every inch of the flue, and there are certain specialist companies that sweep chimneys and carry out repairs. If, for example, you were looking for chimney repairs in West Sussex, there are online experts who would be only too pleased to assess and repair your chimney.

If you use your fire regularly, then the chimney should be cleaned often, and if for any reason, the fire seems sluggish, this could be due to a reduced airflow in the chimney flue, and you will need to call in the experts. There is nothing that can match a roaring fire in the living room, and the trend has seen a revival, as more and more homeowners revert back to the good old fireplace. Maintaining the chimney is essential and repairs should be carried out immediately, before the damage becomes serious.