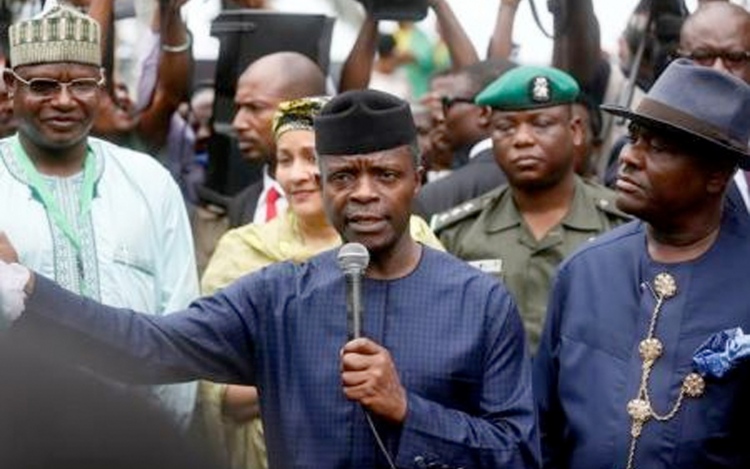 The African continent and Nigeria specifically, are worried about the impacts on economy if Buhari plans to leave office abruptly. Aisha Buhari, Nigeria’s First Lady has recently spoken to BBC and voiced her concern about the underperformance of her husband Muhammadu. She has mentioned that if he failed to hack up the results she would not be interested in campaigning for his re-election.

According to the first Lady, the President’s government lacked vision and did not know most of the appointed people. She said that she was also not acquainted with the appointees despite her being married to the President for 27 years.

Here, it deserves a mention that Buhari’s chauvinistic response failed to do him any credit. He said that he had little idea as to which party his wife belonged to; however, he did know that she belonged to his living room, kitchen and the other room. Upon hearing this comment, Angela Merkel, the German Chancellor who was standing in close proximity to the President, looked totally unimpressed.

In the recent past, Nigeria’s economy has been sliding downhill at an astonishing rate, shrinking by almost 1.5% in 2016.

The political opinions of Aisha Buhari may hold little relevance in themselves; but then, her radical departure, especially from the universally observed tradition of ladies in her position being totally devoted to their President-husbands, was indeed telling.

When Buhari had taken over from Goodluck Jonathan in the month of May 2015, post a fair, peaceful and free elections, the first time ever an incumbent Nigerian Presidential candidate had conceded defeat willingly, he was welcomed as the harbinger of an altogether new Nigeria.

His African fans abroad and people of the continent had nurtured high, albeit unrealistic hopes that he would succeed in ending the chronic corruption issues in the country. People were also hopeful that the Boko Haram insurgency would be defeated in the north and the huge economic potential of the country would be finally unlocked.

According to news portals like the Answers Africa website, nearly two years post his appointment, the President is still struggling. In fact, the economy has shrunk by 1.5% in 2016 and is sliding down further by the day. Inflation has risen steeply from 13.7% in April 2016 to 17.78% in February.

Log into the website Answers Africa to get breaking news and regular updates on the topics of your interest; right into your mailbox.