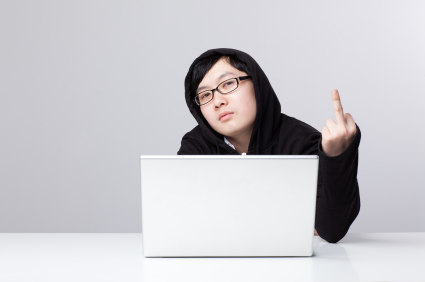 A string of controversies on Reddit.com has put a spotlight on the ups and downs of freedom of expression on the Internet, namely the dissolving of a few of Reddit’s more questionable online communities (AKA subreddits). Steve Huffman, the CEO who took over after Ellen Pao’s resignation, released a statement saying that Reddit was not meant “to be a bastion of free speech.” With this controversy and others recently occurring on the Internet, the social, legal, ethical, and technical aspects of free speech in the digital world come to light. There are other recent cases that offer a deeper look into this complex issue, and will be explored here:

First, some insight: what was going on with ‘questionable communities’ on Reddit to begin with? It’s no secret that the Internet has some subjects of ill repute. So-called “Internet trolls” gain satisfaction from a mix of false, inflammatory, perverse, and sometimes illegal web content. The act of initiating distress and discord online is itself satisfying. Sounds like the behavior of a sociopath? As it turns out, trolls are exactly that, using the anonymity provided and vast audience of strangers to deliver abuse online. In the case of trolls, the best solution is to simply ignore them (“Don’t feed the trolls” is a common expression on the web.)  There are other kinds of selfish web browsers out there causing trouble- not just looking for personal satisfaction, but monetary gain.

There’s substantial appeal to scamming on the Internet, conning web browsers for profit with the appearance of legitimacy. Scammers, like trolls who fabricate outrageous content, thrive on distorting information. For example, some review sites for web hosts are helpful to browsers looking for a good web hosting company to run their website or e-commerce site. However, other sites that claim to review web hosts will accept payouts for generating traffic toward said websites. Conversions equal returns, all at the expense of respectable web hosts and potential clients looking for the best option.

So there exists scammers on the web, given support by web hosts trying to cheat their way to success. It’s a sad state of affairs caused by greed and manipulation. However, such is the power of web hosts who control which of their respective sites are on- or offline. As it turns out, they’re quite powerful, as revealed in the case of Voat.

After Reddit’s decision to do away with the more questionable subreddits, a migration took place. Former subscribers migrated to Voat.com, a Reddit alternative, and went back to creating and posting their notorious content. Web host hosteurope.de, was not pleased with user activity on Voat and, as a consequence, terminated their contract with Voat on the grounds that “a significant information that the content on your server includes political incorrect parts that are unacceptable for us“. It was a business decision and served the interest of the hosting provider, and one that strongly implied concerns over legal and ethical issues.

Interestingly, a DDoS attack, a form of hacking, occurred in the midst of the mass migration to Voat, preceding the termination of the contract. This is perhaps as the result of hackers feeling morally justified in taking down Voat and ousting its new visitors, as a sort of “Internet vigilantism.” Admittedly, this is conjecture, but it’s not uncommon for online hackers to enact DDoS attacks out of idealism or principle. Illegal, yes, but this is the reality of the Internet.

In cases like Voat when undesirable third-party content is created on a site, a web host may discontinue service with the site owners, as a way to maintain its image and good standing with the law. In some cases, however, the government will step in to shut down web hosts for hosting sites with illegal content, regardless of where it came from. Such is the case in South Korea, whose laws are strict and can hold web hosts liable for content they aren’t even aware of.

While many would agree that there is content we would rather have stripped off the Internet, it is the approach of holding web hosts accountable for third-party content that is an extreme and frankly an inappropriate response to the problem. Web hosts should be more aware of illegal content and the web sites that feature it should be punished, but not at the expense of other websites working under the same servers.

In the cases of Reddit, Voat, and many others who face trolling, scamming, DDoS attacks and legal action, what does it all mean for free expression on the Internet? The ‘free speech’ argument is null against private entities like Reddit and Voat, who are free to manage their content any way they like within their rights. The principle of free speech rests upon the idea that those who have freedom will use it responsibly- that wherever there is abuse, there are others who can take reasonable action, like spread awareness and promote their own higher ideals through their own content.

In a perfect world, the Internet would have no need of Internet vigilantes performing DDoS attacks, nor the enforcement of the law against web hosts. Of course, we just don’t live in one. However, it is within the Internet itself that there is hope; every business, community and overlap of the two on the Internet are truly capable of making it a safer, better place.