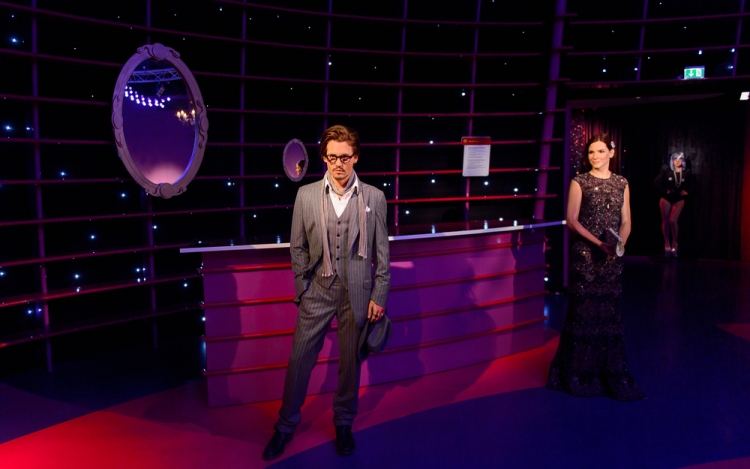 Johnny Depp was first known for his role in the Nightmare of Elm’s Street (1984) at the age of 22. This starts his long film acting career. Depp relies heavily on the influence of numerous actors. He is able to form an excellent style of acting and skill though various human mannerism. He is a person that can become completely someone else. In an interview, Depp said that his opportunitu to work with Marin Landau was a wonderful gift in his career. It is a moment when his faith on acting career was restored. Any aspiring actors should draw from the skills and talents of great actors. Sometimes, they need to impersonate great actors to get a good feel on how to perform on stage or films. In Secret Windows (2004), it was clear Depp imitated Marlon Brando, as shown by the quirky hats and long hair. His choices of roles are indicated by the appearance of eccentric and freakish outcasts with a sense of oddities can be misunderstood easily by society. Even so, Depp manages to keep a flamboyant mannerism and appearance.

Many actors yearn to choose a more traditional path, but Depp seems to avoid that deliberately. Depp argued that it is caused by his unexpected popularity in the media. Depp used imagery and instinct to create his characters. This can be achieved only through proper inspiration. In Cry-Baby (1990), we could see Depp’s acting as a charmer and as a lovable, sweet and pathetic freak in Edward Scissorhands (1990). Like many actors, Depp also made mistakes that cause arrests in 1994 and 1999. His career really skyrocketed with Pirates of the Caribbean: The Curse of the Black Pearl (2003). As the Captain Jack Sparrow, Depp contributed to make a blockbuster worth around $330 million. It is easy to define specific human behaviours through his characters. Depp observes what makes people do certain things and what can make people tick. When defining his character, it is often based on the initial instincts and feelings that he gets from others’ lifestyle, attitude and behaviour.

When he had an acting work in the Fear and Loathing in Las Vegas (1998), Depp sought out the writer Hunter Thompson, so he can be better acquainted with the character. One thing that other actors need to learn from Johnny Depp is that they need to very intuitive in defining the type of character that they choose. They also need to be smart and intelligent. In fact, good actors don’t only act, but also react to feedback so they are able to improve themselves. One small interesting fact is that his debut in the Nightmare of Elm’s Street was a way for him to gather enough money to fund his music work. Instead, it grew into a full-blown career and Depp is a well known actor until to this day. He is able to juggle with the concept of normality and outcasts in the society to come up with interesting character designs.