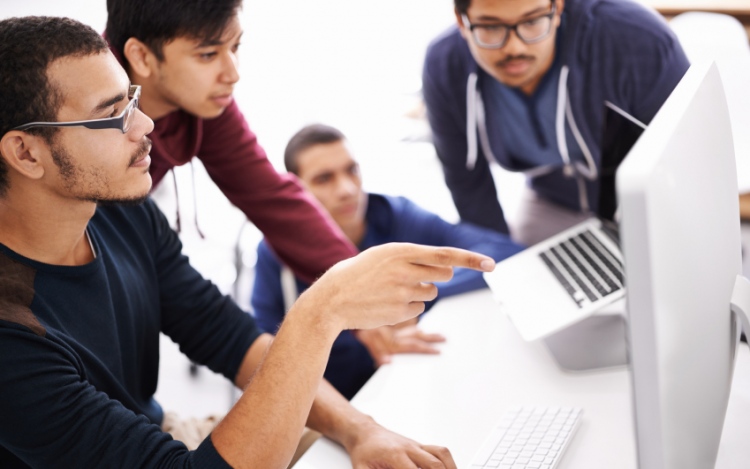 When the web first became popular, the prospect of publishing dynamic data through a web browser was fraught with more than a little peril for the average programmer. While there were enterprise class database systems with considerable power and capability, the infrastructure for what programmers call an “n-tier architecture” simply hadn’t been invented yet. Querying a database wasn’t the issue. Transmitting the data in a form useful to the web browser was.

Those problems have long since been solved, and now that it is possible to build a tiered infrastructure for a web site, there are four kinds of developers you will want to have on your team before you launch the next great web destination.

Very few web sites operate on flat static pages at this point. Even simple blogs running on standard WordPress servers are using a three-tier mechanism to manage and present the site’s articles and posts. The first tier in any modern web site is a database.

The type of database isn’t as important as the person running it. You need someone who is well aware of the issues and limitations unique to public-facing, data-driven web sites. This is the most important job, because it affects everything else about your site and business.

The middle tier in a three-tier or n-tier architecture is where the business logic lives. Many sites that use this kind of structure use languages like Java or PHP, because those languages have features that allow them to not only communicate with the database, but also take the data and present it to the web browser in ways readers and users can better understand.

The programmer should not be confused with the web developer. In almost every case it is better to keep business logic and design separated, as mixing them can often lead to obscure, time-consuming and expensive bugs.

It takes far more than a database and a web browser to run a web site. Having a solid Ottawa IT services staff on hand (or one from your area) to tune the site’s hardware, web servers and server-side services is crucial to top performance and happy users. Again these are responsibilities that should be kept separate from development, as mixing the two can lead to hard-to-solve problems.

This is what most people think about when they think of a “web” programmer. These are professionals who are often very good at design, have the necessary skills to write code in languages like HTML, CSS and Javascript, and are above average in their understanding of server-side technologies like the ones listed above. People who do this job well are often very flexible and willing to learn new things.

If you are serious about your web presence, having all four of these boxes checked before you go into development is practically a necessity. If you do have them, however, you’ll find your site’s performance is worth it.