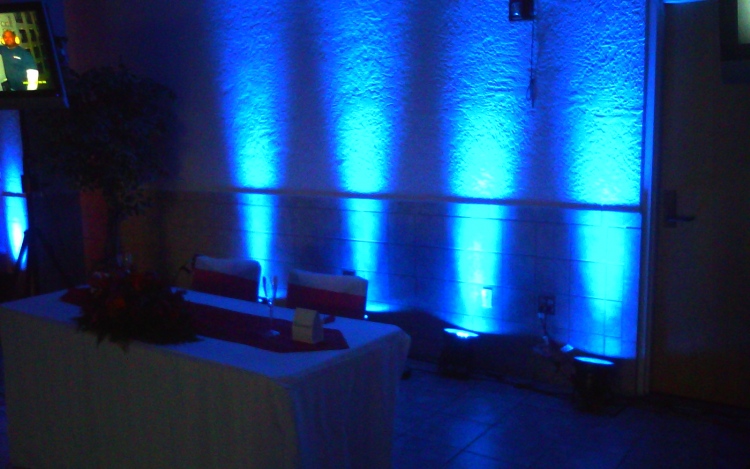 Large gatherings, such as outdoor events, weddings, concerts and conferences, call for robust lighting techniques to support elaborate decorations, and enhance the overall mood of the environment.

Uplighting is a popular lighting method that can be used to achieve such configurations. It involves installing fixtures on the ground, and aiming the beam of light upwards. Most configurations project light on a wall, ceiling or a particular object. When used outdoors, it can be utilized to support perimeter lighting. The practice may also be applied in landscape and architectural lighting systems to bring attention to statues, trees or ornaments. 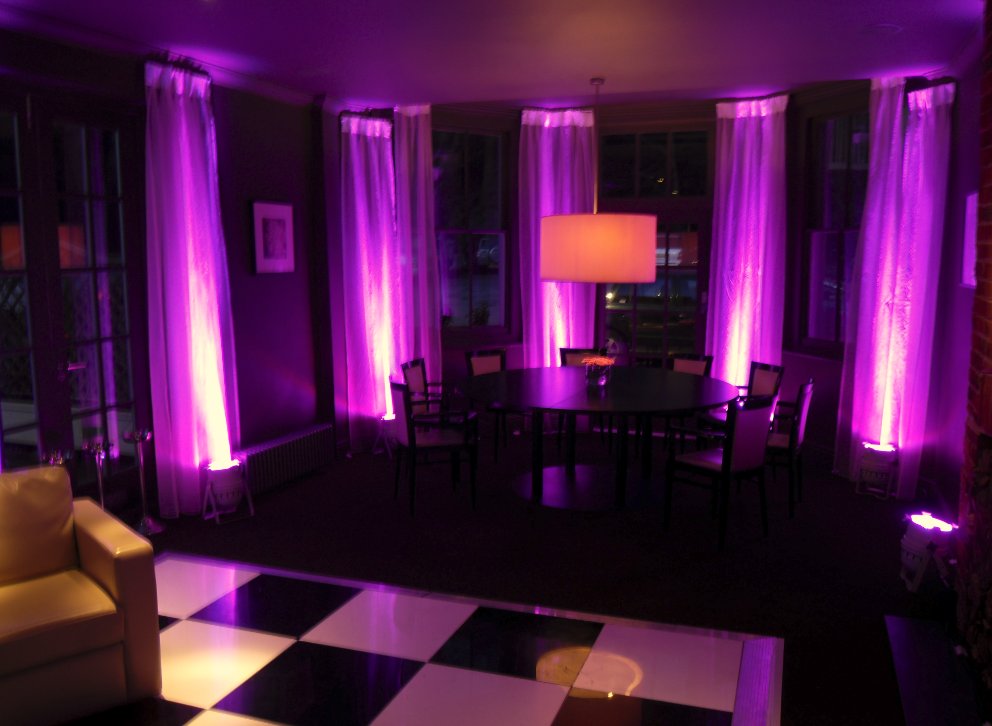 LEDs are ideal for uplighting applications, compared to incandescent lamps. The latter consumes more power during operation, which translates to higher operational costs. In order to produce colors, incandescent lights rely on gel paper. In application, the film is carefully wrapped over the lamp, and light is illuminated under the colored paper. If you’re working with numerous fixtures, this can be tedious and extremely time consuming to execute. Additionally, it is not possible to toggle the colors of incandescent lights with gel paper. One would have to manually remove the cover and replace it with a different colored film.

Most people prefer to work with LEDs because they are aesthetically pleasing and energy efficient. The compact fixtures take up very little space, and do not generate unbearable amounts of heat during operation. The solid state fixtures can also withstand rough treatment, which is an essential feature for uplighting; since the lights are usually installed on the ground (people could accidentally kick or step on them). LEDs also support RGB colors and instant toggling for savvy lighting effects.

It is possible to use a wide range of fixtures to accomplish uplighting, from spotlights to PAR38 LEDs. However, there are some types of units that are specifically designed to support the lighting technique. Below are the three most common types of RGB LEDs for uplighting:

The range colors you are looking for may dictate the type of RGB LED fixture you need. For example, if you want tones of amber and yellow, it is essential to invest in a lightwith an amber diode, such as RGBA. If you need to produce tones of white and pastels, it is recommended to go with a fixture that supports white and amber diodes, such as RGBAW.A new trend in uplighting incorporates the use of battery-operated, wireless fixtures. This could be a practical option for locations without convenient access to electricity. Individuals who want a cleaner lighting configuration without messy extension cords may find this type of fixture suitable for their needs. It is important to consider that the cost for wireless RGB lights are initially higher, compared to their traditional, wired counterparts.

Uplighting can be tricky to install without proper guidance. To prevent obstructions during application, it is recommended to leave a three-foot buffer from tables, chairs, dancefloors, stages and high traffic zones. If you’re considering syncing the lights with music or presentations, try going with remote-controlled LED uplights that allow you to save settings and profiles (memory features). For outdoor uplights, water, in the form of rain and dew, and cold temperatures should be avoided to prevent premature failure and malfunction. Uplights with waterproof ratings can be installed in the location to ensure functionality against such conditions.