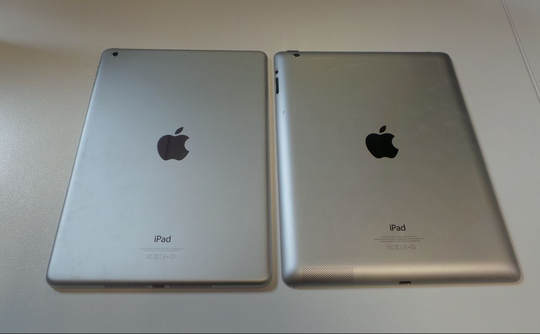 You might be finding this article a little odd considering that the iPad Air 3 is yet to release. But I see no harm in foreseeing, and so here I have got a list of features based upon everything that has been observed from the first two models, and also a study of the rumors about the iPad Air 3!

The iPad Air 2 came up with an A8X processor which was faster, speedier and way better than the original iPad Air. The iPad Air 4 is expected to have an A10x processor, and that means that the iPad will be super fast and will be an ideal one of all times. Now we are talking. A processor which is such is what will help the iPad Air 4 prosper and do amazingly well in the market!

The screen size is expected to increase as well, because that’s how it works for Apple. The iPad Air 4 is likely to have super amoled 4K display or an ultra HD display. The screen and display have always been amazing and in no way have they been any kind of issue for Apple devices.

The cameras for Apple devices have always been bliss to all. This time too it will be no different. a 20 MP rear camera it is likely to have along with an LED streak for flash vision to obtain improved picture quality. Camera yet again is a feature which makes the Apple devices sell by just its name. I am sure there are quite a huge number of people who use it just because of the camera, or because it is an Apple product!

With so much to give, iPad Air 4 will have an amazing battery backup and hence one of the biggest problems for all Apple devices might go away and help the users worry less. So, here is a hope for better battery in the form of Apple iPad Air 4. Apple has caused a little issue here and there with the kind of battery backup it provides. It is not that the device should work for the entire day, but it should be better. And so, we can expect some improvements!

That was all from the iPad Air 4. Remember these are assumptions and are subjected to changes. Unless Apple announces its official details we cannot be sure of what does the device have in store for real!

However, that again is not a problem because Apple never disappoints. It has maintained a standard of its own and always will. So, it is a long wait. It hampers for both Ipad air 4 as well as Note 6.

The pricing of Apple iPad Air 4 is not yet know, since it surely is a very difficult task. With the kind of price tags Apple comes for its devices, let that be a mystery for the company to unveil on itself!

Happy waiting until there’s news on the iPad Air 4!