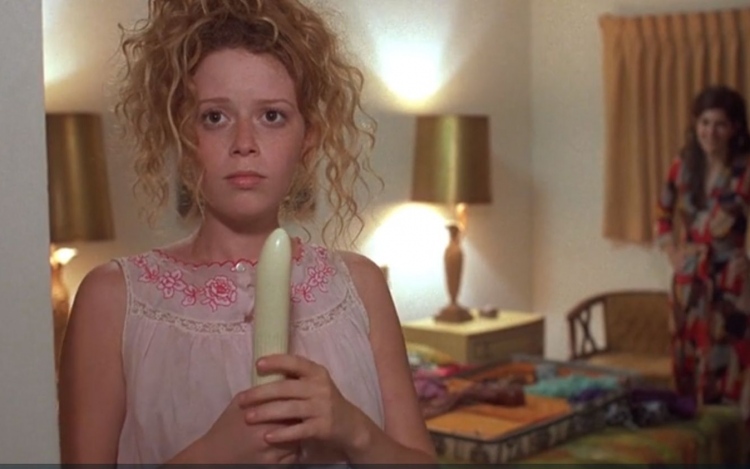 Sex toys are trending as always. It is not that they are new in the 21st century. They had been in use since the early 1980s. And it was clearly visible through our visual history of Hollywood.

Sex toys and exploring in (and out!) the bedroom are becoming less taboo in today’s society. While 10 years ago there weren’t any vibrating cock-rings for sale at your local Walgreens, in popular culture today we see and hear about sex toys, vibrators, fleshlights (etc!) more widespread and frequently. From movies to magazines to tv shows, let’s celebrate and highlight some of the sex toys in Hollywood!

Ya, so let’s get started,

In the very first scene of this teen slick parody, Janey (Chyler Leigh) was watching television and watching her beloved star in a tuxedo. That incites her and she decides to take her incitement to the climax with her foot-long friend.

That was the time when everyone in her family including her father, brother, grandparents, parish priest and the elementary school kids take entry while she was in the middle of her foreplay. This where things get awkward. Watch the video and see it for yourself. It was quite funny to see things like that back then.

Compared to the other scenes on our list, this one is both short and innocent. But we think it’s the funniest by far, and it’s one of the most memorable moments of the ’80s comedy.

When the electricity goes out during a Buckman family dinner at single mom Helen’s (Dianne Wiest) house, her brother (Steve Martin) offers to fetch the flashlight from her bedroom.

He can’t find the switch, and just as he turns it on and says, “What’s that?” the lights turn back on — with the entire extended clan in full view of Helen’s bedside table companion. “Mommy, what was that?” a young niece asks. “That was an electric ear cleaner.” Classic.

She doesn’t, but her dog keeps accidentally turning it on. The only thing that turns Olive on, however, is thoughts of Woodchuck Todd (Penn Badgley). Watch the video and see for yourself.

So, these are the movies that have sex toys scenes and not just that these are some of the best funny scenes as well. So, enjoy watching them. Cheers!!!