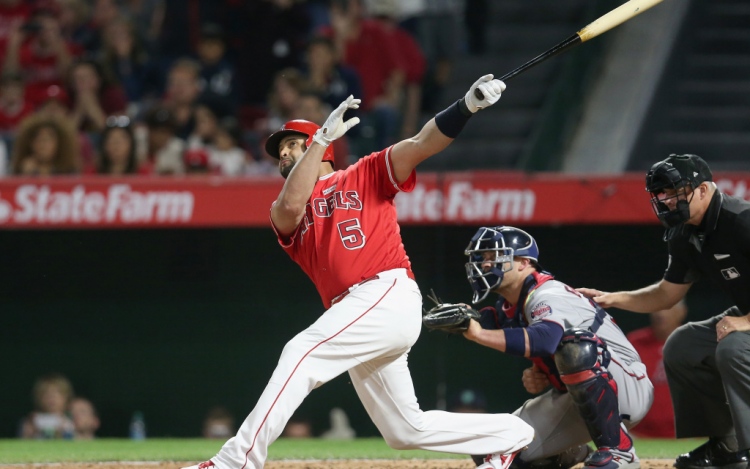 Connoisseurs of America’s Pastime will immediately appreciate the colorful way renowned sports anchor Chris Berman vocally illustrates a home run. There’s probably no other single moment in a baseball game that captures fan enthusiasm, than when a batter ‘leaves the yard’. Of course the final out of a perfect game or no-hitter is cause for extreme jubilation, but that’s a rarity compared to “Back, Back, Back, a Gone”.

The home run has held value in baseball across every era. Traditionalist will boast that it’s simply one way to plate a run. All logic aside that a run is a run, the long ball has the ability to clear the sacks, essentially changing the complexity of a game with one swing of the bat. However, it’s also a part of the game that lures ticket buying fans into the seats.

A Change in Landscape

Baseball fanatics can sit and talk for hours, debating an endless list of reasons why certain eras have produced more home runs than others. You’ve got the old school, dead ball phenomenon, years when manufacturers supposedly spun the interior core tighter, to shaving nearly a half a foot of dirt of the mound. The most pronounced single season leap in home run totals was from 1968 to 1969 when that happened.

Those who appreciate the scientific, numbers side of America’s pastime, will be quick to supply a plausible explanation for the huge jump heading into the 1970s. Four new teams diluted the pitching talent, plus the rules’ committee carved 5-inches off the height of the hill between seasons to limit the dominance of the likes of Bob Gibson. Instantly the number of total home runs hit in the “Year of the Miracle Mets” skyrocketed by over a thousand.

Jacked Up to Jack `Em Out

To this day traditionalists refuse to recognize the massive home run numbers put up by players like Mark McGuire, Barry Bonds, or Slammin` Sammy Sosa. In the 1990s, baseball’s popularity swelled during the proverbial steroid era, when players got jacked to up in an attempt to increase the number of balls they jacked out. These guys made hundreds of millions of dollars just to hit those home run balls as far as humanly possible, and most of us can only imagine what that kind of money would do for us.
Many today feel confident the hierarchy of Major League Baseball knew all too well what was going on, but booming home runs were creating a boom in ticket sales. Because of this, the era of anabolic steroids, gave Major League Baseball a black eye in spite of an explosive in the number of the home runs.

Odd thing about the whole theory that doping muddled the home run’s credibility during that era, total home runs in baseball climbed over 5,000 total during the last three seasons of the 20th century. In 2000, a record 5,693 balls left the yard. All good HGH testing aside, the number of home runs hit has hovered around 5 grand for the last 2 decades, nearly breaking the seasonal high last year with a whopping 5,610 homers.

Beginning in 1998, the total homers surpassed 5,000 eight straight years. Over that same span, 16 new ballparks have been built, most with dimensions clearly favoring hitters over pitchers. Even existing stadiums have seen a tendency to shorten the porch as they say.

When the fence is closer it’s quite scientific that players with less power potential are going to hit more balls over that fence. Baseball had to eliminate the doping element, but they still coveted the profitability of their home run. So to prove how much they value the prevalence of the long ball, they’ve restructured field dimensions, repeatedly.

From tighter spun baseballs, shortening the height of the hill, a no tell policy on performance enhancing substances, to carved up ballpark dimensions, baseball has consistently proven how much they value the home run. Balls are traveling farther, and at an increasingly prevalent rate. Since the value of the home run seems tied to profits, don’t be surprised to see the long ball total surpass the six thousand mark soon.