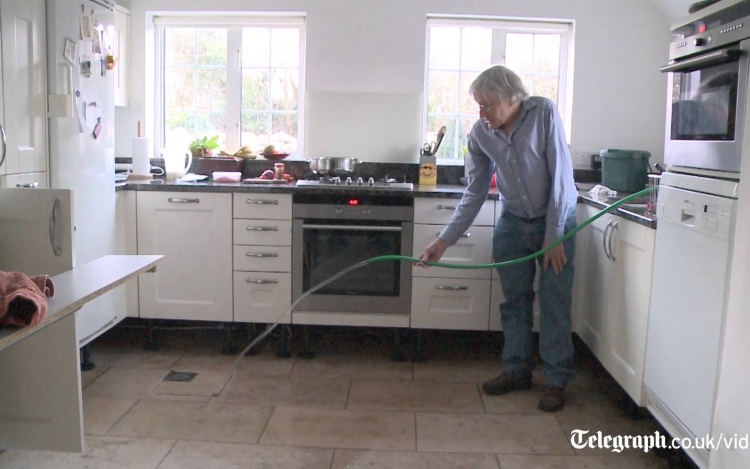 Even if your area isn’t normally affected by annual flooding, there’s still a possibility that your appliance is damaged by flooding or water damage. As an example, faulty sump pump could cause flooding inside the basement and damages on your appliances can’t be prevented. Other than basement, the crawlspace could also be affected by flooding. Some house designs can be particularly risky, making flooding more likely to happen. If you think that flooding is quite likely to occur in your house, then you should do simple steps, such as by elevating appliances in a raised platform. It is even better if you are able to relocate appliance that’s vulnerable to flooding. Water heater, washing machines, furnaces and others are often placed in the basement.

Just a few inches of flooding could potentially damage your appliance and the overall operations of your appliance can be quite risky. Not only that failure is imminent, the potential risk of electrocution is quite real. Many home appliances don’t have sensor for the presence of excess humidity in the area. Electrical and mechanical devices are designed to function in dry environment. Even a quick submersion in water could already cause total failure, as well as dangerous risks, such as gas explosion and electrical shock. The electrical wiring and various components will start to corrode and the performance of the appliance will deteriorate. Eventually, your appliance will stop running and you may need to replace it completely.

In some cases, you will only need to replace damaged parts and the appliance will work well again. Moisture can easily corrode the metal components of your appliance and when leakage occurs, gas explosion is a complete possibility. This is more likely to happen when the appliance also has some heating elements. Wet electrical components and connections, such as terminals, wires, thermostat and relay will corrode easily, which could turn them into fire hazards. Regardless of its design, flooding is bad for any furnace. Just a few inches of flooding could already damage electronic components. In some cases, there’s no other option than to completely replace the damaged component. If it happens, you should immediately turn the furnace off immediately.

If you have an electrical furnace, it should be a lot easier and more affordable to replace all the electrical parts. However, if the flooding is more serious, it is possible that the motor and blower are affected as well. In this situation, you should check the furnace by calling the HVAC contractor. Dishwasher and washing machines also have motors, electrical wiring and various components that can be affected by water damage. The clothes dryers also have motor located at the base of the unit, as well as pressure regulator, gas valve and some wiring. If they are flooded, you may ask the technician to clean and dry them. If they still fail to work, you will need to replace them. Be aware that the repair costs could actually be nearly the same with the cost of a new appliance.