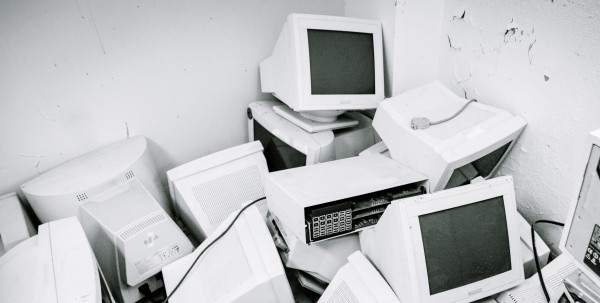 Computers are common parts of our modern lifestyle. Eventually old computers need to be disposed and recycled. Computers are replaced by users on a regular basis and it is important to know what we should do with the old ones. Many of these computers end up in landfill, causing possible pollution and contamination.

When incinerated, computers could produce potentially dangerous fumes and they could pose huge threat to our environment. Many countries have implemented regulations on how to manage electrical and electronics waste, including computers and various IT equipments. In general, these regulations require people who manufacture, brand, sell and use computers to safely dispose their equipments.

In this case, we should make sure that all electronics equipments are collected and recycled properly. In many cases, it is prohibited to put old computers in the same place with household rubbish, because metals and plastics don’t degrade organically. Instead of throwing away our computers, we may consider to sell them. There are people who want to purchase low-cost PCs and their best option is to buy used computers. In this case, we could put advertising in local shop windows and local newspaper. This is a safe way to extend the usability of our computer and people don’t need to buy new one.

In some cases, we are able to return our PC to the manufacturers. There are also firms that specialize in buying old computers and refurbish them. If we don’t have these options and people are not interested in using our old computers, then we should take them to the recycling center. In this case, the waste disposal facility should know how to recycle our computer.

First we should check whether they process all computer components, not just the metal and plastic components, but also the TFT panel of our monitor. In any case, we need to remove the hard drive first and deal with it using special methods. Even if the files have been deleted, people could recover them using the right software. It would be important to physically smash the hard drive, before recycling it.

In many cases, there are always non profit organizations that accept computers. Homeless people could use computers in shelters to improve themselves. There could also be old software that we should include with the computer. It is also important to give these people supporting documentation and relevant licenses. In many cases, computers could be collected and sent to a 3rd world country for poor children. In some cases, we should deliver these computers without the hard drive, if we are really concerned with our data safety. Old hard drives can be reused in our new computer if we want it.

As responsible computer users, it is our obligation to make sure that all equipments are disposed in an environmentally friendly way based on specific standards. Meeting this standard isn’t only used on large companies, but also at households. We should make sure that the recycling center is fully licensed to recycle our computer.