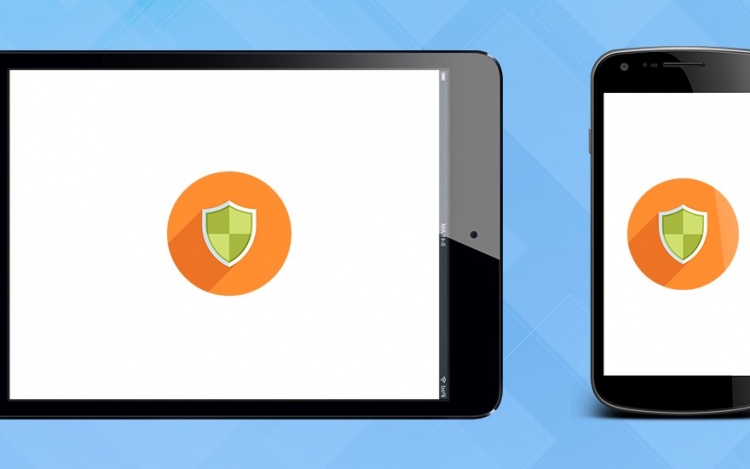 We have entered into the era of self-driving cars, automated machines, digital assistants, and blockchain technology, but still, the major concern that prevails the market is how to prevent data breaches? In a report, Nokia revealed that mobile phones have surpassed the desktop devices in terms of malware activities. In the second half of 2016 itself, a significant rise of 83% has been noted in the smartphone infections. This directs us to the fact that the mobile platforms are more vulnerable to data breaches than other devices. So, what approach should be adopted while mobile app development? How to decide which platform is better in terms of security?

Though Android remained the major target of cyber-criminals for years, it does not indicate that iOS is the ultimate platform to choose blindly. With the increasing technologies, the hackers are coming up with advanced hacking technologies, making both the Google’s Android and Apple’s iOS prone to malware infection. So, how to decide which platform to go for personal or enterprise security?

To make this decision easier, today we are going to look at different factors to see which platform is more secure for 2018: Android or iOS?

iOS is based on closed development model, which means the Apple has sole control over the development process. Only Apple-approached companies and technologies can affect the application development process. In other words, no outsider developer or firm can make changes to the existing code or add something new, without the acknowledgement from Apple. Besides, the update and security fixes can be possible only in a “top-down” hierarchy at the Apple’s end. This eventually brings higher security factor to the iOS applications.

On the other side, Android is an Open-source OS. Any individual or android app development company can download the source from Google’s portal, make changes and port into his device. And this is what actually mobile companies like Xiaomi and OnePlus is doing. Since everyone has access to the source code and can tweak it as per his wish, the Android OS is more vulnerable.

Device fragmentation is yet another major factor that makes Android lag behind the iOS. As you can see the statistics shared below, the Android versions – from Lollipop to Marshmallow, Nougat, and Oreo – all are still prevailing in the market. This makes it tougher to push new updates, leaving the mobile market more vulnerable to advanced threats. (It might be surprising to you that only 1% of devices have Android Oreo update, while Android P is going to be unveiled in a few hours.) Besides, the mobile device manufacturers are responsible for rolling out security fixes and update. While some push updates instantly, other takes months to take an action. This, as a whole, increases the security vulnerability. 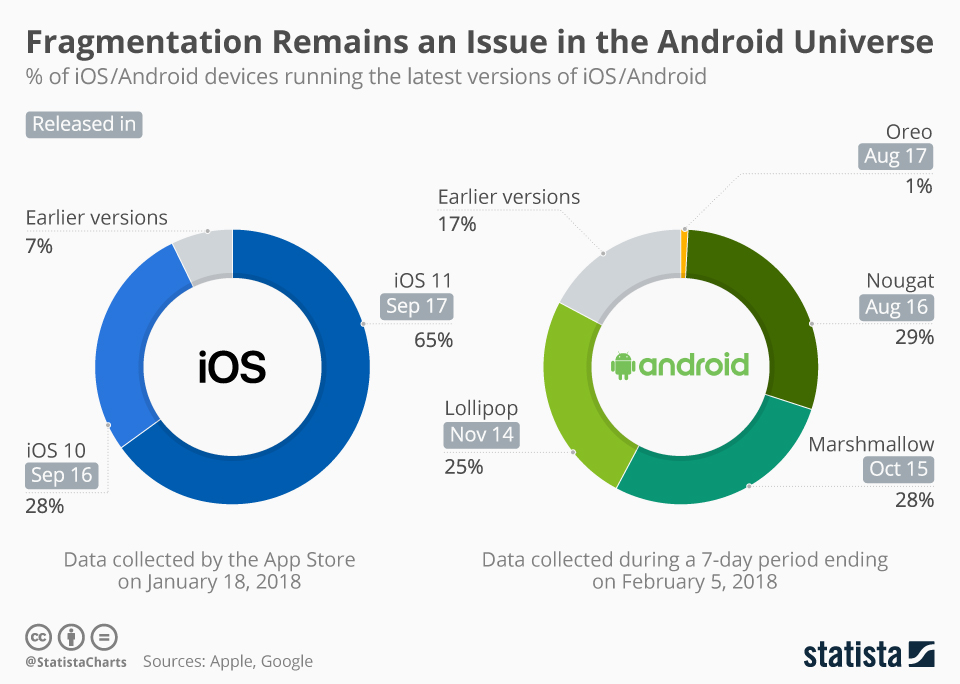 On the contrast side, Apple has only a few iOS versions still running in the market, and iOS 11 already installed on 65% of the iOS devices. This makes it easier for Apple to push update, also because it has the one-and-only-one control about the process of rolling out new updates, but makes the reach limited to those using the latest iOS versions.

Both the Google’s Android and Apple’s iOS mobile app platforms are supposed to have lower immune to vulnerabilities at the OS level. On one side, the Stagefright vulnerability blew our mind by affecting 95% of the Android devices. The YiSpecter, on the other side, has been found effective in attacking both jailbroken and non-jailbroken iOS devices.

Apple, being the single party governing everything related to iOS platform, has a more strict approach to the app approval process. The iPhone app development firms have to follow its guidelines and come up with a highly-secure, attractive and functioning application to get into the App Store. Whereas, there is no such restriction in case of Google Play Store. Though Google also has guidelines for publishing your Android app into the Play Store, it is easier to inject malicious content into the apps since it allows users to install Android apps from different sources apart from Play Store.

This might hit your mind that Apple is more concerned about the security than Google, it is worthwhile to share that Android security has been a leap forward with the introduction of Android Oreo. Many new concepts and technologies have been introduced for higher mobile app security. For example, Google Play Protect came into existence that employs machine learning for detecting and deleting malicious applications, making the competition stiff in terms of security as well.

So, in short, both platforms are proving to be becoming better than the other for providing better and secure mobile app development services. It’s up to you to decide which one to go with, based on your requirements.