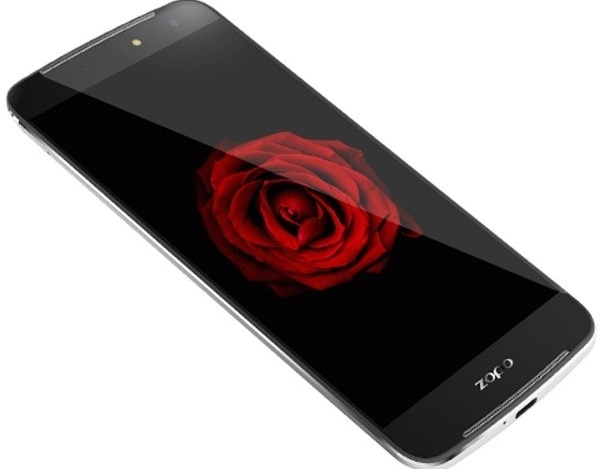 Chinese smartphone manufacturer Zopo has launched what is called the most advanced smartphone in its stable called Zopo Speed 8. It is the world’s first phone to have a MediaTek Helio X-20 Deca-core chipset and it has some amazing new features as well. For those who are keen on a new and inventive smartphone, the Zopo Speed 8 is just great and let us now get an in-depth insight into the phone. 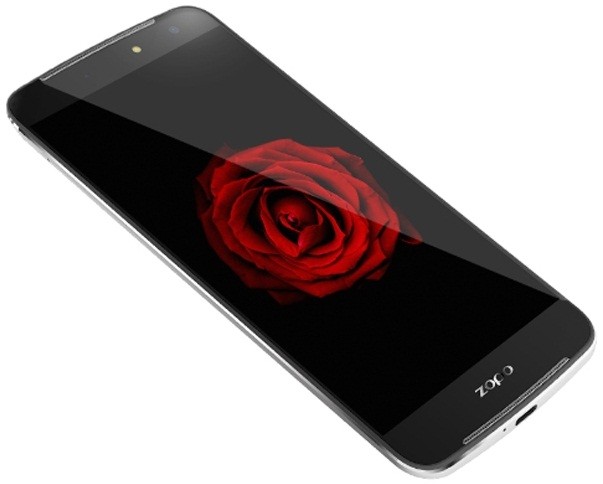 The design structure of Zopo Speed 8 is good but not too impressive, and when you hold it, the handling effect is great. The quality of material covering the phone is admirable, particularly visible on the neat finish on the back panel and on the side there is a neat strip of chrome. On the front is glass panel that stretches from the top end to the bottom and on the screen there are three keys. On the top portion there is a camera with flash, and on the right there is a power key linked to a volume rocker and on the left there is a hybrid SIM tray. The handling effect is smooth and it is a light-weight phone and weighs 164g.

Zopo Speed 8 is fitted with a good 5.5-inch display with FHD technology and it functions with a resolution capacity of 1080p. This is among the best phones to own for people who are keen on exploring a fun visual experience. The power of color reproduction is admirable, and the viewing angles are impressive. The phone has a significant visual screen presence, but there is a concern, it does not have a protective screen covering like Corning Gorilla Glass that safeguards the phone from scratches.

It is the processor that pushes the Zopo Speed 8 ahead of its competition, as mentioned earlier, it is the first devise to have an innovative Helio X20 Deca-core processor chipset. This is a powerful processor that transforms the efficiency of the phone to a whole new level. Zopo has engineered the phone with console level graphics and PC level processing. The phone is fitted with 4GB RAM internal storage and it can be expanded with the aid of micro SD card.

Along with the processor, the camera efficiency of Zopo Speed 8 is advanced, and it is powered with a magnificent 21MP back camera fitted with robust Sony IMZ230 sensor. The camera has dual tone LED flash, f/2.0 aperture and auto focus. The camera however does not have fast auto focus and OIS. On the front is 8MP camera and it is good to enjoy endless selfie moments and it has a flash light. How amazing is it to click images with 21MP camera? and the picture quality is phenomenal and sources with firsthand experience with the phone say there is no noise at all. Even under low light circumstances the quality of image is good. The incorporation of innovative PDAF fast focus technology enables users to capture superb images in a very short length of time, and this is one of the most advanced features of Zopo Speed 8. The image capturing power of the phone is faster compared to other devises of its kind.

Zopo Speed 8 is inserted with an advanced and robust Android 6.0 Marshmallow operating system and here users can enjoy quick scrolling and downloading processes with minimal room for lag. This is the most recently developed operating system and it has alphabetically accessible vertical application drawer and applications standby feature. Sources who have used the phone were thrilled with how the operating system worked, and they say there were no room for lags. The Google Play store has many interesting games and apps, and you can install many apps and games.

Zopo Speed 8 runs on a potent 3600mAh lithium polymer charge, and the battery power is indeed among the most powerful in its series. Consumers can talk for hours on end, and not worry too much about battery drainage, and it is true, users can enjoy more than 10 hours of talking and the battery can withstand 120 hours’ standby time. How incredible does it sound! people who have used the phone say after just one-time charging, the battery remained strong for close to a couple of days. The phone is built with quick charging technology and with feature the battery power remains durable for long periods.

The phone is offered with 32GB storage and the main concern is it does not have expansion network through micro SD card.

Zopo Speed 8 has a series of features that contributes great user experience, the phone has many sensors such as range sensor, hall sensor, geomagnetic sensor, ambient light sensor, 3-axis accelerometer and gravity. The phone has Type-C USB, and it is just perfect for transferring date and the speed of transfer is awesome. For music lovers the phone has USB OTG and FM radio and there is a fingerprint scanner.

The Positive and Negative Aspects of the Phone:

Zopo Speed 8 is among the best innovations in the smartphone industry, and the most powerful innovation is the insertion of a Deca-core chipset, and it has only elevated the efficiency of the phone to a whole new level. The greatly enhanced versatility of this phone compared to others in the market is contributed by console level graphics and PC level processing.

The battery durability power of the phone is magnificent, and the charge lasts for over ten hours, when you look at the Zopo Speed 8 it has an attractive build quality and design, and it is awe-inspiring at first sight. This is the most ideal phone for people who enjoy shooting endless images, contributed by the fantastic 21MP back camera, and the quality of image is good under low light surroundings contributed by the presence of extra LED flash.

Zopo Speed 8 is equipped with the most recently discovered operating system and it facilitates incredibly quick data transfer, and there is a fingerprint scanner for extra safety.

There are very few negatives, Zopo Speed 8 does not have expansion facilities, and the 4k video recording is not very effective.

The phone is sold for a price of Rs 29,999, Zopo Speed 8 is indeed one of the most splendid phones to buy, to enjoy a whole new level of mobile technology and experience.