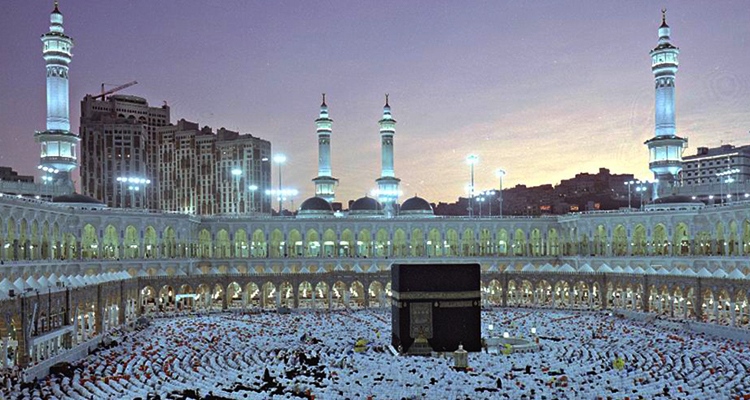 Makkah, the holiest city in Islam, is home to a number of the most captivating places in the world. These include the Well of Zamzam, the Noor Mountain, the Thawr Cave, and the Makkah Museum.  There is, however, another well-known, sacred, and enigmatic structure that is venerated by millions of devotees: the Kaaba.

Every year, thousands of Muslims touch and revere the Kaaba, or the Black Stone of Makkah. This black, cube-shaped building stands at the centre of the Haram and is widely considered the epicentre of Makkah.

Although the Kaaba is one of the most well-known sacred Islamic structures steeped in history, it has its fair share of mystery and interesting facts.

Since circling the Kaaba is a part of the Tawaf ritual when you go on a Makkah pilgrimage, here are five facts worth knowing about this blessed and mysterious relic before you leave for your journey:

The Kaaba was originally a rectangle. However, when it needed reconstruction and expansion before the Prophet received his first revelation, there was not enough “pure” money or money from clean, honest sources to return it to its original rectangular shape.

Because of this, a smaller version of the Kaaba was built and a mud brick wall called Hijr Ismail or “Stone of Ismail” was added to designate the original dimensions.

There are two theories that explain how the Black stone was broken and encased in its silver casing. The first hypothesis is that the stone was broken by a stone fired by the Umayyad army which had the Makkah under siege during the reign of Abdullah ibn Zubair.

The second theory, which many believe, is that the Kaaba was damaged during the Middle Ages by an extreme heretical Ismaili group called the Qarmatians.

They declared the Hajj as an act of superstition, and aside from killing thousands of pilgrims during the siege, they stole and took the Black Stone to the East of Arabia.  They then took it to Kufa, Iraq where they held it ransom until the Abbasid Caliph forced them to return it to Makkah.

When the extremists returned the Stone, it was already in pieces. The only way to keep the relic together was to place it in a silver casing. Some historians say that there are still some missing pieces of the Kaaba lost elsewhere.

Due to various natural and man-made disasters, the Stone has needed rebuilding over the years and, hence, its appearance has changed drastically over time.

The earliest recorded major reconstruction happened during the early life of the Prophet.

The last renovation of the Black Stone happened in 1996. It gave way to the replacement of many stones. During the project, a new roof was built and the foundations were strengthened as well.

Thanks to a camera phone and one seriously lucky person, those who cannot enter Makkah now know what is inside the Kaaba.

Based on the shaky video posted online, the interior of the Kaaba is lined with marble and a green cloth which cover the upper walls. Several plaques commemorating the rulers who spearheaded the restoration of the Black Stone are proudly displayed on the wall.

The Kaaba is now covered in a black Kiswah (cloth used for covering a casket) with gold bands. However, the black covering was only introduced during the time of the Abbasids. Prior to this period, the Kaaba was covered in multiple colours including green and red.

Many say that there was a time that the Stone was white in colour but it turned black over the years because of the people’s sins.

In addition, the original Kaaba had entrance and exit doors. It even had one window. At present, the Black Stone only has one door, and it does not have any window.

All these fascinating stories and facts surround the Holy Stone of Kaaba, and you should count yourself fortunate for having the opportunity to see it up close.

Once you have completed the Tawaf and have seen the Kaaba, make sure you get enough rest and have your fill of scrumptious food and refreshing beverages.

Consider getting a massage and other hotel guest services designed to make you feel relaxed and pampered, so you get physically and spiritually rejuvenated during your pilgrimage.

Mohammed Ghanem is the General Manager of Shaza Hotel in the Makkah Governorate in Saudi Arabia. The newly opened 5-star Shaza Makkah is an intimate cocoon of serenity and contemplation to compose oneself for all that life’s greatest journey would require.