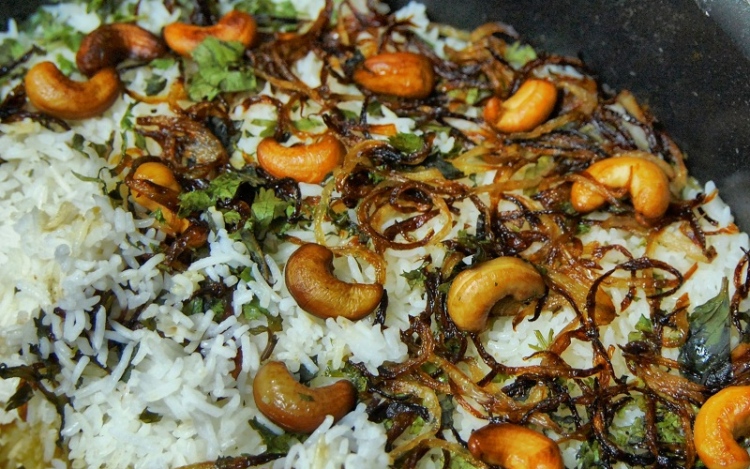 For the uninitiated, biryani is a mixed rice dish cooked with meat, vegetables and spices. Its description might seem ordinary, but those in the know, know that a plate of Biryani, when done right, will send your tastebuds on an express trip to flavour heaven.

Cooking a good plate of biryani is no easy feat. It requires getting each component of the dish right – getting the texture of rice right, cooking the meat until it’s tender and flavourful, and achieving the perfect balance of spices so that the whole dish comes together in perfect harmony. What’s more, there are many different types of biryanis, cooked in different styles depending on the region.

Thinking of taking a trip to India? We’ve compiled an ultimate biryani travel guide for you to go on a food adventure around India. 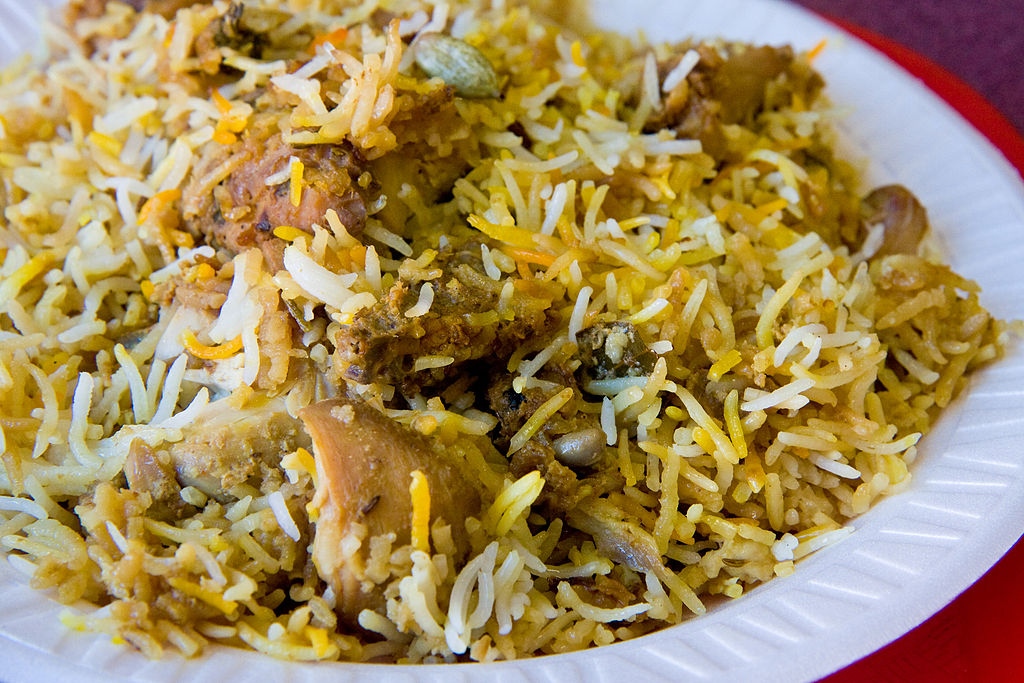 In Hyderabadi, India, biryani is made with basmati rice, mutton or chicken and served with onions and yoghurt. There are two ways to go about cooking Hyderabadi Biryani. The Kachchi (raw) style involves marinating raw meat with spices and yoghurt, before being cooked together with layers of raw rice, similar to a lasagne, in a dum style. The ingredients are sealed together in a vessel and steamed over a low flame, resulting in an incredibly rich and aromatic dish. Using the Pakki (cooked) style, the marinated meat and rice are cooked separately before layering them together. Hyderabadi Biryani is one of the most popular variant of biryanis in India. Taste it and you will immediately know why it is so well-loved. 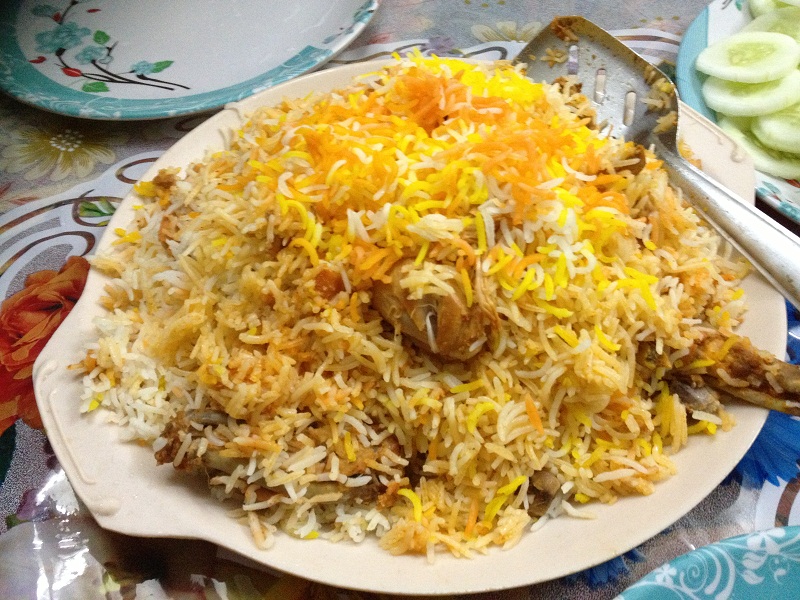 Lucknowi Biryani, also known as Awadh Biryani, is cooked in the Pakki style with the meat and rice cooked separately before being layered and slow-baked. The meat is first seared in ghee (clarified butter) and cooked in a warm spice broth until it is tender. The meat broth is used to cook the rice, giving the whole dish a homogenous fragrance. Lucknowi Biryani is popular in the city of Lucknow and other northern parts of India. 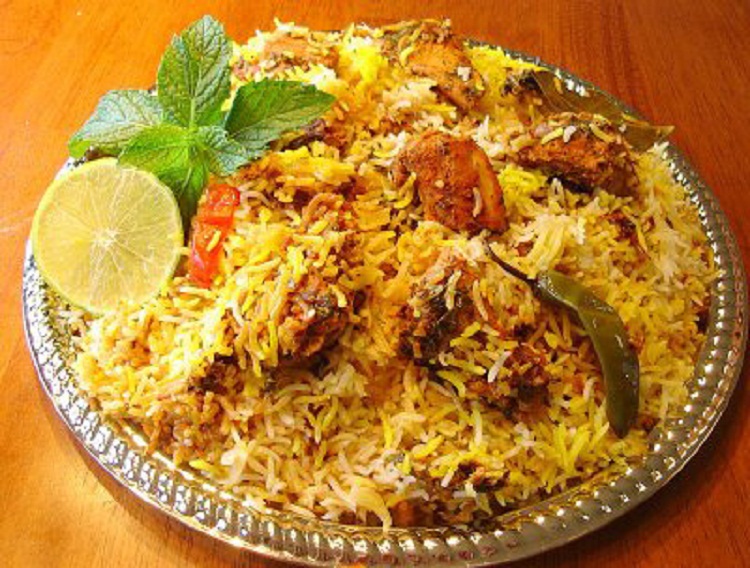 The Dindigul Biryani is popular in the state of Tamil Nadu. In Chennai, many restaurants are dedicated to this dish. Instead of basmati rice, jeera samba rice is used, lending a different flavour profile to the biryani. Cube-sized mutton or chicken pieces are used and marinated with masala and a generous dose of pepper. Meat lovers will love the spicy kick of flavour from the Dindigul Biryani. 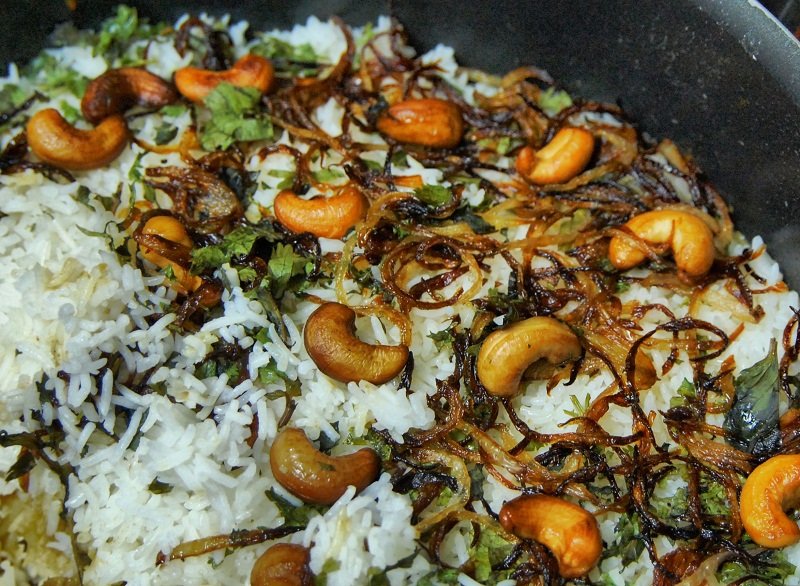 This variation of biryani from the Malabar region is characterised by its use of short-grained khyma rice and garnishment of fried onions, raisins and cashews. The rice and meat are cooked separately, layered in a sealed vessel, steamed and mixed well just before serving. This Kerala style biryani or Malabar Biryani can be made with chicken, egg, mutton and fish. 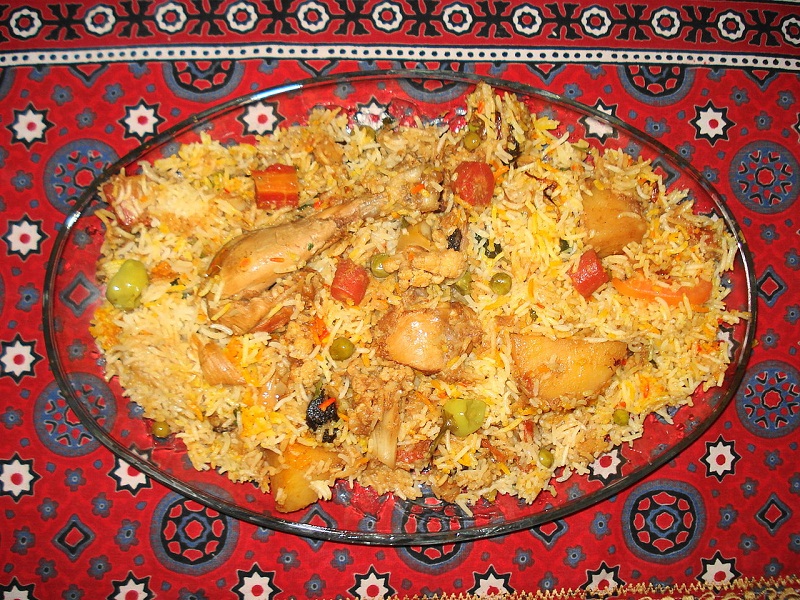 Sindhi Biryani originates from the Sindh province of Pakistan and is one of the most popular and often consumed dishes in Pakistani and Sindhi cuisine. Often made with goat or lamb meat, this biryani is an explosion of flavours on a plate, and spicier than most biryanis. The use of mint leaves, coriander, garlic, ginger and chillies create a distinct aroma that will clear your nose and get your mouth watering instantly. The use of sour yoghurt and dried plums also elevates the flavour profile of the Sindhi Biryani.

So there you have it! Let your tastebuds guide you through the different regions of India. You’ll definitely leave India with a better understand of its culture and most definitely, with a full stomach!