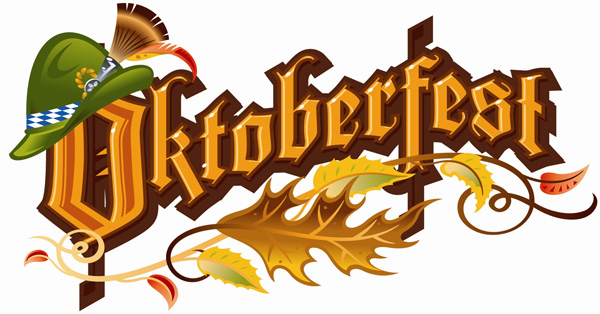 It’s that time of the year again – time to get your dirndl and lederhosen ready, and time to party at Munich and enjoy yet another Oktoberfest. The event is known worldwide as the largest beer festival of the year, as tens of thousands of people head to Bavaria to soak up the beautiful scenery while chugging down those beers.

However, there are a lot of things that most people may not know about Oktoberfest. It’s so easy to say that you may know something about it, but there are several surprising facts about the event that are quite interesting. Our friends at http://www.oktoberfest-dirndl-shop.co.uk have put together a set of facts that are bound to shock or surprise the average person, or bust some Oktoberfest myths that have been going around for ages.

So with that said, here are seven Oktoberfest facts you might not have heard about.

The Oktoberfest that people know these days is a beer festival, a celebration of German food and drink, with emphasis on drink. But when it first started over 200 years ago, it was a party for the Bavarian Crown Prince Ludwig and wife Princess Therese of Saxony-Hildburghausen. That was back in 1810, and back then nobody took a sip of beer at the inaugural Oktoberfest. It was only in 1819 when beer made its debut, and it’s been a staple of Oktoberfests ever since. And speaking of beer…

The thing most people think about when the word Oktoberfest is mentioned is beer, but the thing is that you ideally shouldn’t call it that if you want to impress the purists. The term to use is “Oktoberfestbier,” which is a special brew created by six breweries located around the Munich area. Aside from that, it’s also advisable that you know the names of those breweries and how to pronounce them if you’re looking to make the locals proud.

3 – Oktoberfestbier Isn’t for the Faint of Heart

You may be wondering what’s the deal with Oktoberfestbier – aside from what was mentioned above, what makes it so special? For one, it’s served in very large steins, but more importantly, it’s much stronger than your average beer or lager you can find at the bar or pub. With an ABV of about 6 percent, Oktoberfestbier feels like three Budweisers, for instance, chugged down in one sitting, assuming you drink from the aforementioned giant-sized stein. Newbies might as well be warned about the strength of it – if your alcohol tolerance isn’t high, you may be woozy after a stein or two.

With all that beer flowing at Oktoberfest, it’s tempting to grab a stein and get the party started. The one that does that is no other but the mayor of Munich, who kicks things off by tapping the first barrel and yelling “O’ zapft is!”  Till then, no one is allowed to have a drink.

5 – The Name Can Often Be Ironic

Oktoberfest may sound like an event that strictly takes place in October, but the past several years have seen the event start earlier and earlier. These days, Oktoberfest officially begins in the second half of September, which is great for those who enjoy the summer weather. But since the event continues through the first few days of October, the name is still a valid one, but barely if you consider the start date.

6 – Which Popular Celeb is Banned from Oktoberfest?

It’s not unusual to see attendees get booted out of or banned from Oktoberfest – that 6 percent ABV brew could do weird things to people who aren’t used to it. But while most of the banned individuals are average Joes like you and me, one well-known celebrity was once told to never come back. We’re talking about no other than miss Paris Hilton, who had shown up in 2006 to do promotional work, albeit without first asking permission from the organisers. As a result, she was given the old heave-ho and told never, and we repeat never, to return to Oktoberfest.

7 – A Virtual Museum of Lost Property

Again, it’s that 6 percent ABV beer working its “wonders.” While crime rates at Oktoberfest tend to be very low, there are countless cases of attendees losing their property at the event. That’s what makes the job of the people at the lost property department very, very demanding. In 2014’s Oktoberfest, there were over a thousand passports, 500 wallets, 300 cell phones, and hundreds of large bags at the lost property lockup.