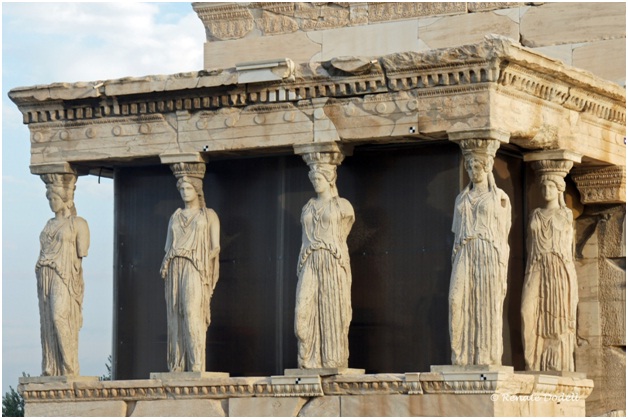 Greece is a country of the amazing beauty, where the bright sun warms the inhabitants all year round. Greece has a unique atmosphere for an unforgettable and wonderful holiday.

Once you start talking about Greece, you think omnipotent Olympian gods, led by Zeus the Thunderer, or the Homeric heroes, philosophers, ancient and skillful sculptors of ancient times, as well as the great crusade of Alexander Macedon and numerous Greek colonies scattered along the coast of the Mediterranean and Black Seas.

In Greece, despite its small size, thanks to the geographical extent there is a surprisingly diverse nature. In terms of the history, you can find monuments from the ancient archaeological objects to the neoclassical buildings of the XIX century.

In order to visit all the beautiful places in Greece you obviously need an automobile. It is better to choose car rentals at Athens Airport and start your trip from observing the sea.

What places you should visit first in Greece?

Acropolis of Athens is the main attraction of this country. This amazing place holds secrets of the past, about the life of the country during the period of 15-10 centuries BC. The main temple of the Acropolis is the Parthenon. The Parthenon was a temple of Athena Polias – the guardian of the city. Here was the tomb of the ancient kings. Acropolis is a magnificent complex of beautiful buildings with a rich and interesting history. 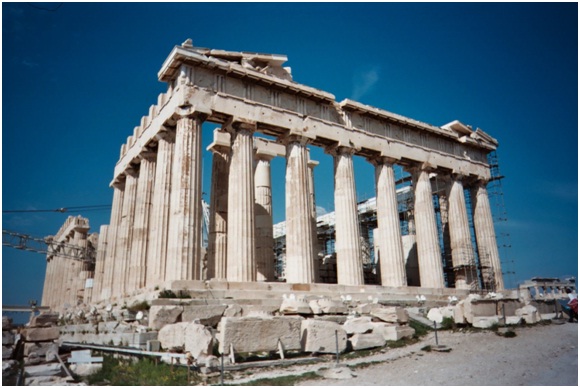 The famous archaeological complex at the foot of Mount Kronos all year round receives tourists coming to see the place of the first Olympic Games and the main attraction – the Temple of Zeus. Previously there was an incredible statue of the Thunderer. Until our time the temple of Zeus has one corner, which consists of 14 columns decorated with Corinthian capitals. This magnificent performing Ancient Greek art was included into the well-known list of Seven Wonders of the World. 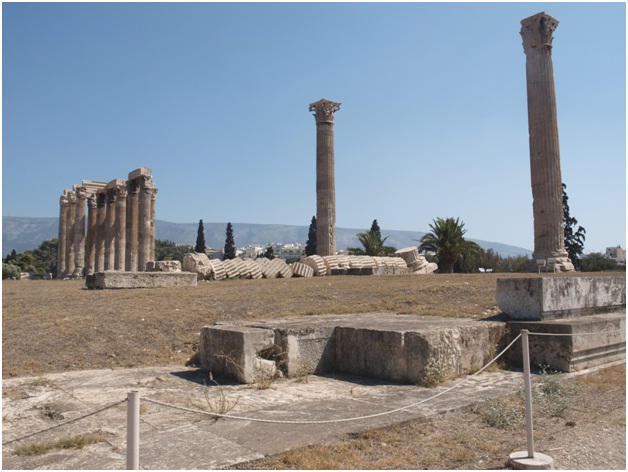 You cannot pass away the famous Labyrinth of the Minotaur. According to an ancient Greek myth on the Crete Island during the reign of King Minos there was built a huge palace with intricate moves system. Exactly in its walls, the king settled Minotaur: a monster with a human body and a bull’s head, the creation of unnatural love of Pasiphae, the wife of King Minos and the god of the seas, the bull. You can find that real or fictional labyrinth of the Minotaur in the palace of Knossos, which is 5 km from Heraklion. 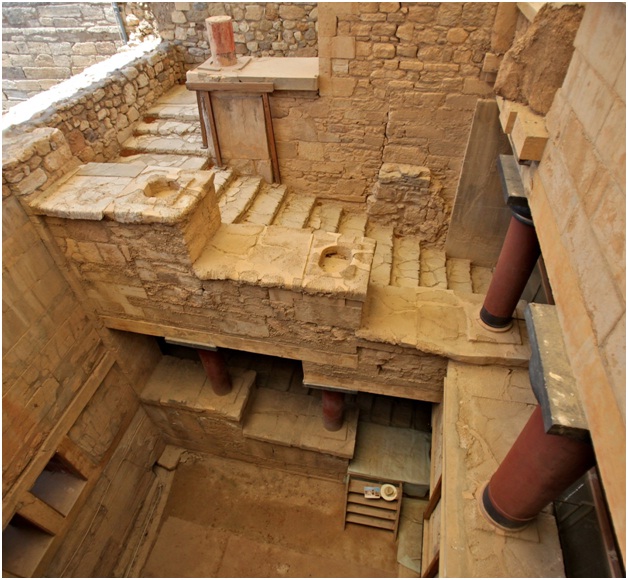 Blue Caves of Zakynthos is the complex of three sea caves, considered one of the most beautiful places on Earth. Unusual stone arches is a miraculous wonder created by the sea waves. Water in itis clear, so you can easily see every pebble on the bottom. Locals recommend visiting the Blue Caves in the evening or at dawn. The depth here is on average about four meters. Blue Caves are particularly popular for snorkelers.

The Theatre of Dionysus is one of the oldest theaters in the world situated in Acropolis. Its origin dates back to 5 BC. Many centuries ago, the Theatre of Dionysus was the venue for the famous festivals in honor of the god Dionysus. Performances in the theater held twice a year. Plays of such famous Ancient Greek authors as Sophocles, Euripedes, Eskhil and Aristophanes were performed on stage of the theater of Dionysus on the court of public. Today the theater is in a dilapidated condition.

It is a crime to go to Greece only in order to go sightseeing or to lie lazy on the beach. In this country, it is necessary to enjoy food and wine, the sea and midday heat, nature and buildings, antiquity and tranquility, discos and fun simultaneously.