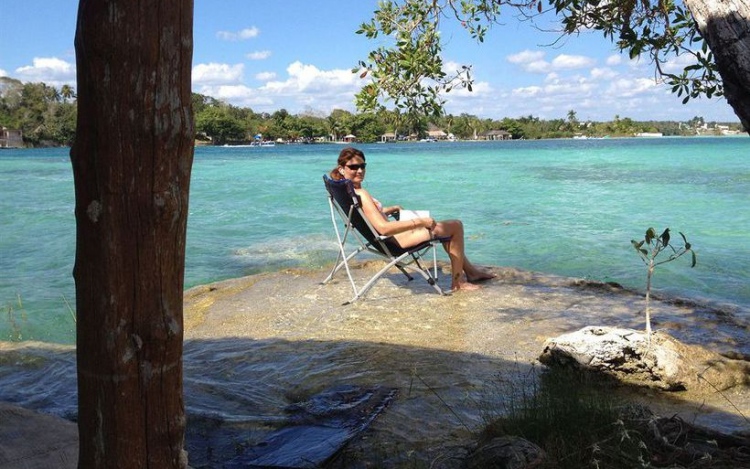 Many people have heard of Cancun and the Riviera Maya but few have heard of the hidden gem, Bacalar, Mexico. Bacalar is located only four hours south of Cancun. This Mayan village is known for its beautiful lagoon, with clear water and a rainbow of blue, turquoise and green tones; no wonder why it is known as the seven color lagoon. Bacalar is a place to unwind and relax, with basic hotels surrounded by the jungle.

Bacalar is small community in which nature, adventure, history and cultural events join together in a perfect natural setting. From the boutique hotels, the nearby archeological zones and the colonial charm of the old buildings: Bacalar has everything to be the perfect holiday destination. 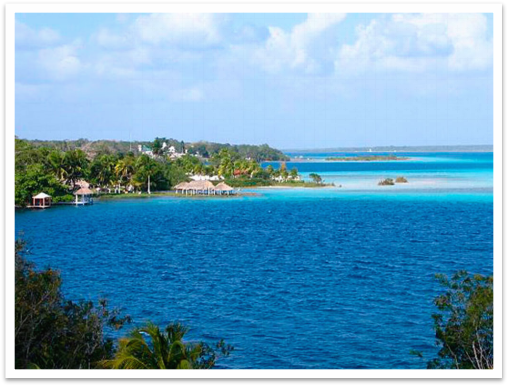 The original name of Bacalar dates back to pre-Hispanic times; in this historical relationship this site is designated as: Siyan Ka’an Bakjalal. Siyan Kaán translates to birth from heaven; Bakjalal by jalal bak which means enclosed or surrounded by reeds. For centuries Bacalar was an important commercial city and transfer point of various goods brought from Central America, particularly in the region of Ulua, Honduras.

Once the Spaniards conquered the area, it remained an important point of commerce between the different colonies on the coast. With the nearby English Colony of Belize, the city was often under siege of Pirates and Buccaneers, and causing them to build a beautiful colonial fort by the lagoon: The Fort of San Felipe, which still stands today.

Built in 1729, the Fort of San Felipe is an excellent example of the military architecture of New Spain. Originally built to protect the city against pirates and buccaneers, it was also the spot for battles against the English, who wanted to control the trade of precious woods in the area. When it was built, it had a drawbridge and moat that instead of water contained defense pointed stakes.

Nowadays the fort is the Museum of San Felipe de Bacalar, which, though small, has an interesting collection of: certificates, maps and drawings showing visitors how the boats arrived at the lagoon. 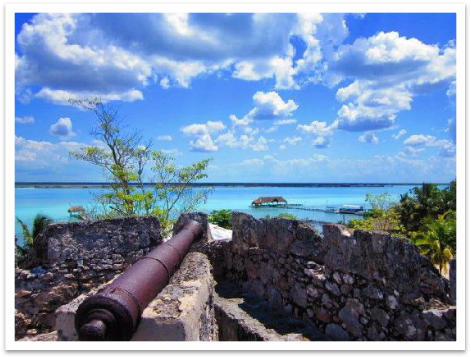 This lagoon is part of a lagoon system about 55 miles long that communicates with Chetumal Bay through the Rio Hondo and the estuary of Chac. Within this vast expanse of water there are some areas with pools that allow diving, and the water is so clear that you can explore the wildlife and the enigmatic Stromatolites.

Other fun activities to do in the lagoon are: kayaking, paddle board, a tour around the lagoon or just relax in the shallow shores and enjoy the beauty of Bacalar. 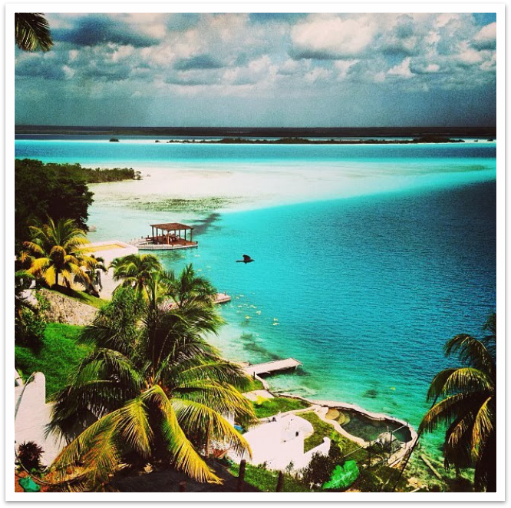 The Cenote Azul is one of the main attractions in Bacalar, it pumps freshwater into the Bacalar Lagoon and it has an amazing deep turquoise color. This is an open cenote, with easy access through a regional seafood restaurant, where you can enjoy some local food and a dive in the cenote. Another wonderful aspect is that you can even buy home in Playa del Carmen with cenotes nearby. Now, that’ something isn’t it?

The blue cenote is an ideal place for diving, it has spectacular visibility, provides intricate mazes of roots and trunks intertwined and overlapping, gaps of various sizes and rock formations on their walls. The cenote is more than 295 feet (90m.) deep, and it has some secondary caves and crevices, providing a really amazing experience for the seasoned diver. 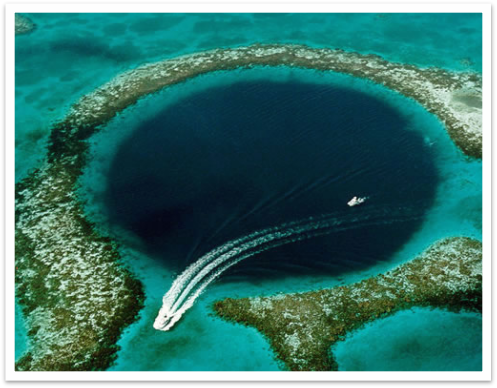 It is located by the lagoon and next to the fort of San Felipe, there is a park and a kiosk; this square is the meeting point for residents and visitors alike. Bacalar was just declared an independent county in 2011, for this reason it is different to other traditional plazas that would feature a government building and the church across from each other.

In the night time there are some artisans and locals selling crafts and food, there are also a few restaurants to dine in. It is a good opportunity to mingle with the locals, have a cold beverage and enjoy the breeze. 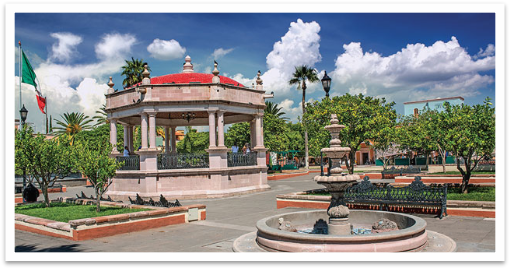 Located approximately 50 minutes north from the town of Bacalar, Chaccoben is an ancient Mayan city that feature several buildings in an area of 70 acres. The archeological structures are all different sizes, some of them are: Great Base, The Roads and Group II, which includes the highest building of the settlement.

The Great Base was considered to be the main stage for ceremonial activities, this area also includes the area known as Monument 1, which was used as a marker for calendar dates related to the equinoxes and solstices, indicating the beginning of agricultural periods.

Chacchoben is a wonderful archaeological site, far from the crowds, surrounded by nature with a variety of wildlife such as toucans and spider monkeys.