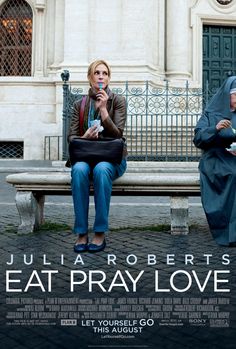 Have you noticed that almost everybody is talking about their travels on social media? News feeds are typically flooded with photos of a backpacker facing the sunrise in Tibet, a bikini-clad woman lounging by a beach in Boracay, or groups of friends doing the infamous jump shot with the Eiffel Tower in the background. What about you? When are you getting off the couch to explore the world outside your room?

If you need a boost of inspiration, here is a list of films to watch for travelers. 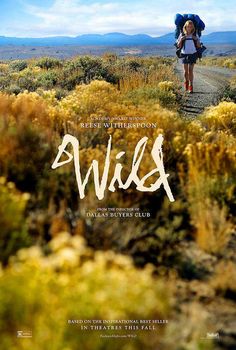 We all have our reasons for traveling. Some visit new places to experience different cultures, while others travel to expand their social networks. There are also a few of us who navigate new terrains as part of an emotional healing process. “Wild” is an American drama film starring Reese Witherspoon as Cheryl Strayed who hikes the Pacific Crest Trail. Her lack of hiking experience proved to be exactly what she needed as she marks the end of her drug addiction and mourning over her mother’s death. 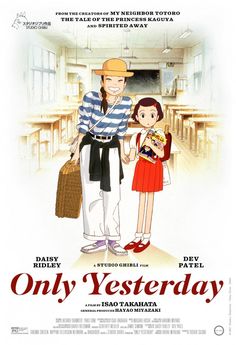 Are you looking for the best film for travelers? Well, good luck with that! Films, regardless of theme, have varying impact on different types of audiences. “Only Yesterday”, a Japanese animated drama film from the world-renowned Studio Ghibli, follows the life of 27-year-old Taeko who decided to travel from Tokyo to Yamagata for a reprieve from the city. During her stay in the countryside, she remembers her simpler childhood days and weighs her adult issues involving career and love. The film was a beautifully-rendered animation and the storyline—a young woman finding new purpose in life during her travels—is relatable to present-day millennials.

Critics were not particularly fond of “Eat. Pray. Love.”, a rom-com starring Hollywood sweetheart Julia Roberts. One review lamented that the 2010 film lacked “spiritual and emotional weight of the book that inspired it.” Here’s one reason this is a film to watch: the cinematography is breathtaking. Join Roberts’ character, Elizabeth Gilbert, a newly-divorced middle-aged woman as she soulsearch in Italy, India and Indonesia. 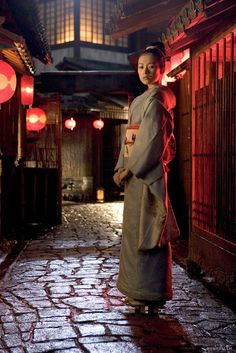 Japan has been enchanting travelers since the ancient times. Take a journey to old Kyoto in the epic drama film “Memoirs of a Geisha.” Zhang Ziyi’s character, Chiyo Sakamoto, was sold to a geisha house where she transforms into one of the most celebrated geishas of her generation. The film won the Academy Awards for Best Cinematography, Best Art Direction, and Best Costume Design. Be mesmerized by the shots of Kyoto’s alleyways, Japanese gardens, and cherry blossoms. 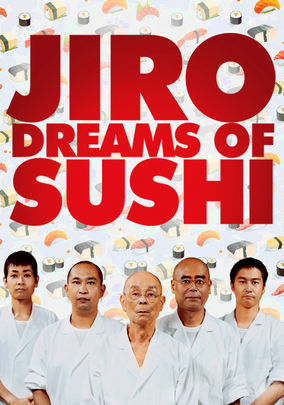 Do you know the best way of learning another culture? Explore the local cuisine. “Jiro Dreams of Sushi” is a critically-acclaimed docu-film that follows Japanese sushi master Jiro Ono. Ono owns the three-Michelin-starred, 10-seat restaurant Sukiyabashi Jiro in Tokyo. This film is not only about food. It digs deep into the Japanese culture, their high respect for their chosen craft and their pursuit of perfection. 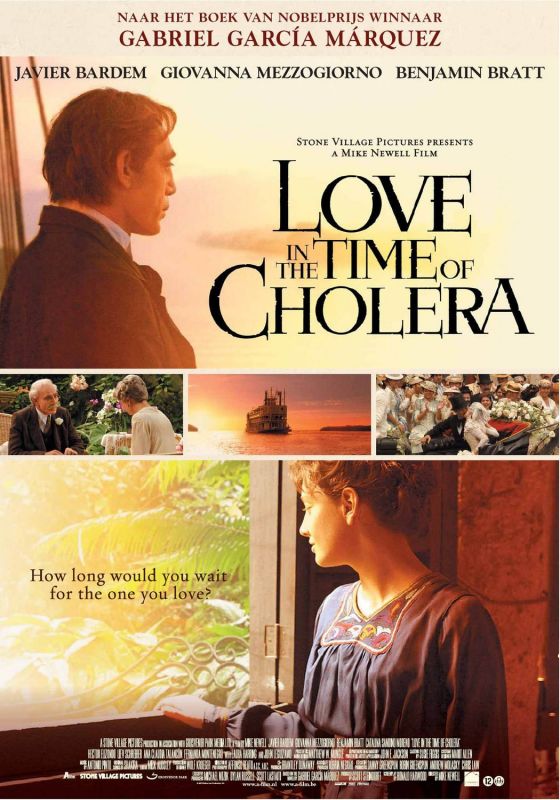 Whether you’re traveling soon or just needed recommendations for a movie to watch, you should check out Mike Newell’s “Love in the Time of Cholera.” The film, based on a novel by Colombian writer Gabriel Garcia Marquez, is essentially about a love triangle that spans more than five decades. The film captured 19the century Colombia as shots were taken in the historic Cartagena, the Magdalena River, and the majestic Sierra Nevada de Santa Marta mountain range. The main character, Florentino Ariza is played by Academy Award winner Javier Bardem. 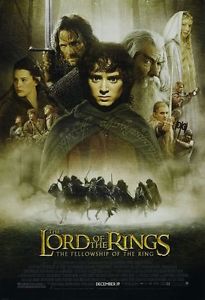 The Lord of the Rings trilogy doesn’t  need any introduction. It may not be the typical movie for travelers, but if you do a little research, you’d know that the spectacular shots were taken in New Zealand. Although it’s unlikely that you get to visit the exact locations where the films were shot (most were conservation areas), you’d have the epic-fantasy film in New Zealand’s beautiful landscapes. 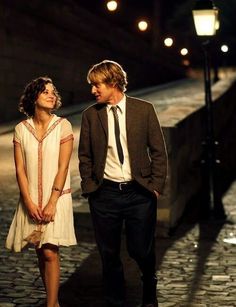 Probably all aspiring travelers have Paris in their list of places to visit. Woody Allen’s “Midnight in Paris” is a rom-com that follows Gil Pender, played by Owen Wilson, a screenwriter who time-travels during his visit in Paris. From 2010, he is transported to the 1920s Jazz Age and the 1890s Golden Age and meets notable people one can only admire through history books. This film is widely considered as one of Allen’s best works. If you love Paris and literature, it’s a sin not to see “Midnight in Paris.” 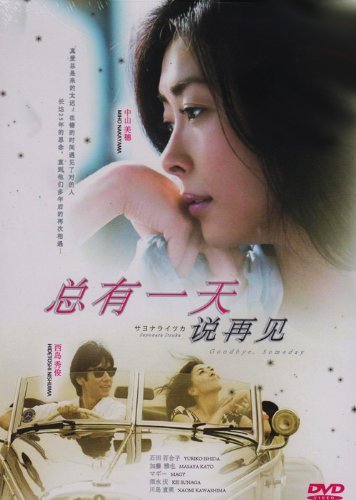 What if, during one of your travels, you meet your soulmate? How will you know if you stay at home? “Sayonara Itsuka” is a Japanese drama about airline executive Yutaka Higashigaito, played by Hidetoshi Nishijima, who meets Toko Manaka (Miho Nakayama), during his assignment in Thailand. Their love story spans 25 years of passion, separation, and reunion. This underrated but well-made film was shot in Japan, Thailand, and South Korea. Let your heart melt watching the scene near a Buddhist temple in Bangkok. 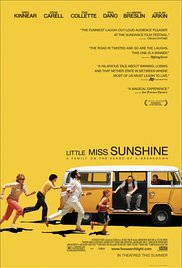 Do you think it’s time for a beach travel with the family? Get inspiration from “Little Miss Sunshine.” This indie film revolves around Olive, played by Abigail Breslin, and her colorful family. They embark to a long journey to Redondo Beach, California, where Olive is to compete in a beauty pageant. If you pack an overworked mom, a highly-competitive dad, a foul-mouthed grandfather, a gay and suicidal uncle, a Nietzsche-reading teen brother, and a young aspiring beauty queen in an aging VW van, you can only expect an unforgettable road trip. 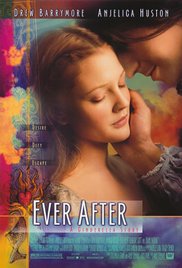 Travel to Renaissance-era France with Drew Barrymore in the romantic drama “Ever After.” The film, though inspired by the fairy tale Cinderella, was acclaimed by critics for its mature and realistic take on relationships, including that between Barrymore’s character and her cruel stepmother, played by Anjelica Huston. The acting and screenplay are not the only elements that will sweep you off your feet. The film in various historic locations including the Château de Hautefort in the Dordogne region of France, the châteaux de Fénelon, de Losse, de Lanquais, and de Beynac as well as the city of Sarlat-la-Canéda. 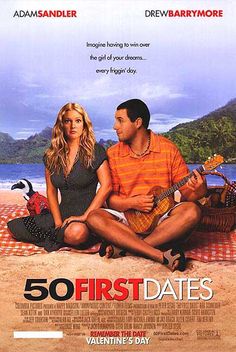 One should take caution when reading critics’ reviews. A classic example is the Wachowski brothers’ “Cloud Atlas” which was murdered by film critics, so to speak, but hailed by viewers. Another example is the romantic film “50 First Dates” starring Drew Barrymore and Adam Sandler. In the film, Barrymore’s character Lucy Whitmore is suffering from a fictitious memory impairment when she meets veterinarian Henry Roth (Sandler). The story revolves around Roth’s ingenious tactics to make Whitmore fall in love with him every time her memory “resets.” Most scenes were shot in the stunning beaches in Hawaii. If you need a first-time guide to Boracay, such as tips on what to wear, this film is the one for you. Don’t forget to buy the official soundtrack—it’s perfect for your beach vacation.

These movie recommendations not only aim to inspire you to see the world. They are suggested because they offer lessons on self-reflection, forgiveness, and moving forward in life. As Ralph Waldo Emerson once said, “Life is not a journey, not a destination.”