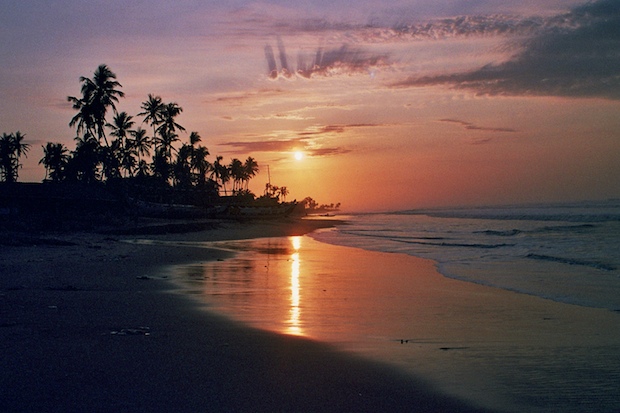 Ghana is one of the most visited countries in West Africa. It is ideal for introducing the West African way of life. Unlike some other countries in the region, Ghana is fairly rich, with a booming tourist sector and many Westerners who arrive to Accra’s airport every day. When I first arrived to busy Accra I thought I came only for a short stay. But my visit quickly turned into a five-month journey. I visited both urban and rural sites of this beautiful country and met many friendly Ghanaians during my stay. Although most traveling websites warn tourists to be careful when traveling to this part of the world, in my opinion the only real danger in Ghana is that you might fall in love with both the land and people, which will make your stay much, much longer than you planed.

Ghana has four different regions which all come with their own geographic, ethnic and climate differences. From ocean winds that blow through Southern coastal metropolis, through rain forests around the great Lake Volta, to northern savannahs, the home of various uniquely African animal species.

This is the site of the ancient Ashanti kingdom, the cultural capital of the country that still hosts the royal family home. Currently Ashanti kingdom is being ruled by Otumfuo Osei Tutu the Second and Ashanti from all regions of Ghana come to his city, Kumasi, to pay their respects. In this city tourists can also see the King’s palace and the Museum that feature artifacts and personal belongings of previous Ashanti kings. Since Ashanti-Kwahu is one of the greenest regions of Ghana it’s a place where lots of tourists go for trekking in the mountain terrain, with pristine forests and clear rivers.

Volta basin is another area famous for eco-tourism, with lots of forest and the biggest man-made lake in the whole of Africa. When I was there I visited several, eco-resorts, as well as a monkey retreat where I mingled with more than 300 monkeys who live there and fed them bananas. Lake Volta is a number one tourist site in the region. The feeling when you are sitting next to this huge mass of water, looking at the powerful Akosombo Dam that makes electric power for several West African countries is unforgettable. Don’t leave this area without trying bisap, a treat made out of hissap flower.

Most of the traditional trade routes to Burkina Faso go through the northern part of the country and it is a land of stunning beauty, with savannah plains, bushes and plenty of different animal species. The town Bolgatanga, is the capital of North-East Ghana, where tourists head to see sacred crocodile ponds and beautifully painted mud houses in surrounding villages, especially in the one called Sumbrungu. Foreigners should expect a warm welcome by village residents, and people will invite them to their houses to share a meal and tell them some interesting details about the countries they come from.

One of the most visited parts of Northern Ghana is the Mole National Park, which is one of the most famous Safari parks in West Africa that closely resembles the ones on the East of the continent. Here you can spot: elephants, hyenas, antelopes and many other interesting animal species.

Coastal plain is the most metropolitan place in Ghana with several large cities following a long costal road that goes from Newtown in Cote d’Ivoire to Lome in Togo. One of those cities is Accra, the capital of Ghana and one of the most pleasant destinations in whole West Africa. For many Western tourists this is the entrance point to the African continent, with great opportunities to meet local customs, traditions and way of life. It was the same for me and I’m really grateful to this city and its residents for all the great moments I had here. My first encounter with real Ghana happened in a trotro, mini-bus-looking vehicle that is used as public transportation in this huge metropolis. Trotro “mate” yells the names of destinations, while hanging from the door; passengers are quickly hopping the vehicle, where they instantly start talking, mingling and sharing life stories with people they see for the first and the last time in their life. Finding a good place to stay in Accra can be quite a drag, which is why tourists are advised to arrange their stay online, through websites like MeQasa. 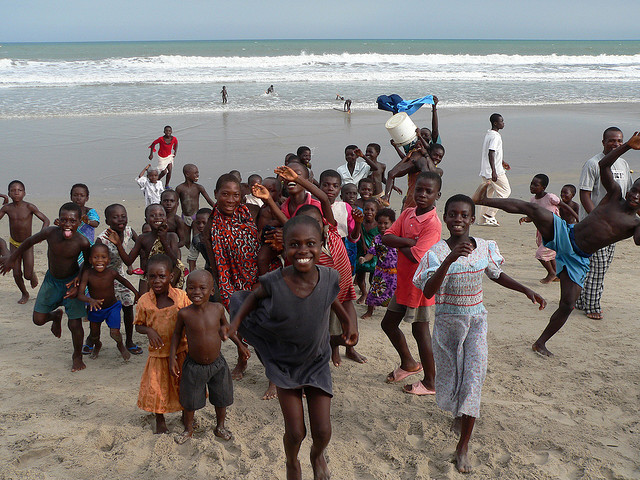 Elmina is another coastal city, with a huge fortress that witnessed the harsh and sad history of this part of the world. From this point, thousands of people were forcibly captured inside the fortress, in worst conditions known to mankind, waiting for their final drive to the unknown. Other than these sad monuments of Ghana’s history, cities like Cape Coast, Elmina and Apam also have lots of places that will make you smile, sing and jump in the rhythm of West African Gospel. There are plenty of churches with amazing gospel choirs. In Cape Coast tourists like to visit the matches of the local football team which are followed by festive atmosphere, delicious snacks and singing crowds.