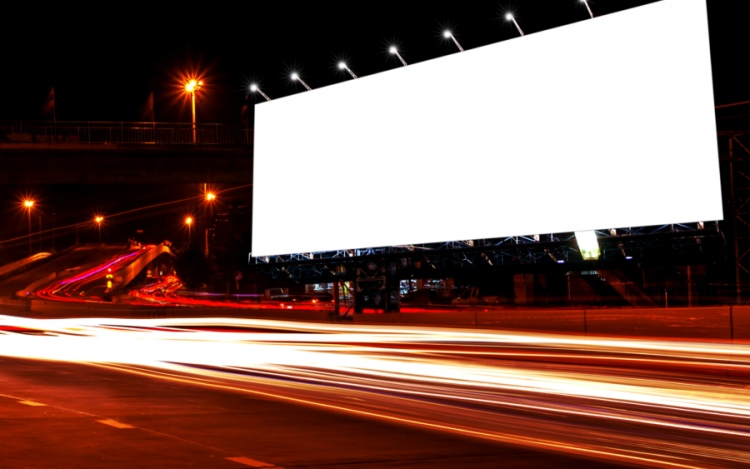 Spotlights are probably the last thing that advertisers think of when they install a billboard, but they’re also one of the most important if you’re using a traditional poster display. No one will be able to see anything at night without good lamp placement. Here are five ways that light-emitting diode (LED) technology is changing this necessary aspect of billboard illumination.

Since LED lamps use approximately 10 percent of the energy that comparably-sized incandescent bulbs do, the most obvious changes have come in the way of power savings. Billboard lamp supply companies like Ultravision International stated that LED billboard lights might produce even more dramatic savings in some use cases. Technicians who replace older high-wattage bulbs with LED lamps can see upwards of 92 percent savings according to their numbers.

Since LED bulbs work with low-voltage installations, they’re also capable of interfacing directly with solar panels. Some billboards can now go off the grid completely because they’ve made the switch.

Water has long been the enemy of any type of exterior electronics, and billboard lights are no exception. Rain can cause severe damage to traditional bulbs, but LED lamps to use protected plastic envelopes. This translates into less water damage and even less corrosion because very little metal ever gets exposed to the elements.

Most LED billboard lamps put out a very low amount of ultraviolet light, which is the wavelength of light that most insects see best. They also generate very little in the way of infrared. Fewer mosquito and other pests run into billboards equipped with this type of bulb as a result. Some companies have noted that they don’t need to clean their poster displays nearly as much since so few pests run into them once they’ve made the switch.

Solid-state LED bulbs can be installed on a single pole along with the display poster material, which can translate into greatly reduced installation costs. Companies that opt for this type of configuration can slash their costs since they won’t need to erect a second pole.

LED bulbs can be positioned in any fashion that makes sense. Technicians can easily use them to put higher concentrations of light in some areas while making them appear dimmer on others. These bulbs offer many more options to those who want to create custom lighting spreads that shine on a traditional display board.