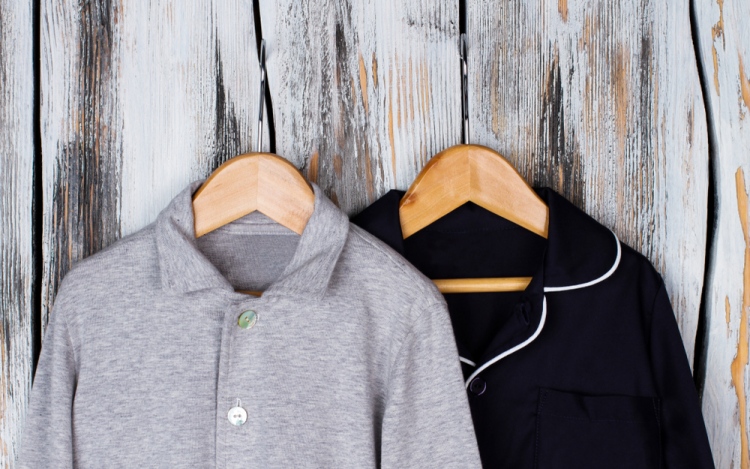 There has been a dramatic change in what is considered luxury clothing in recent years thanks to one main fashion trend: loungewear. This incredibly popular trend rose to prominence in 2018, and the world hasn’t looked back since. Clothing that was previously only deemed appropriate at home has made its way front and centre to every catwalk show across the globe.

Who Started The Trend?

The trend later dubbed ‘sleepleisure’ was influenced largely by celebrity culture colliding with Instagram. Getting less-than-perfect into celebrities lives where they were pictured in their pyjamas and home wear made way for a new kind of fashion, one which was highly tipped by many a fashion blog.

Though many womens sleepwear designers already had collections worthy of an audience far beyond the home, they were never worn as everyday clothing until it became fashionable. Classic two-piece silk loungewear is now frequently work as legitimate daywear. Many celebrities such as Gigi Hadid and Zendaya have even taken the trend to the red carpet, favouring loungewear over a designer dress.

Loungewear as luxury clothing isn’t just about the style of clothing, it also revolves around the materials used. A tracksuit made from silk or cashmere is now considered to be luxury clothing. Taking aspects of typical loungewear and turning it into something completely new is at the heart of luxury loungewear.

A Change In Consumer Tastes

Thanks to image sharing social media platforms like Instagram and Tumblr, we’ve all been exposed to another aspect of people’s lives. Oversharing everything from what they’ve eaten for breakfast to where they’re going on their next holiday. In the same way, we’ve now been invited into people’s wardrobes and daily outfit choices. It’s suddenly become more acceptable to wear your pyjamas for all to see.

There have been similar changes in the newly coined ‘athleisure’. A mixture of athletic clothing and leisure wear, now frequently worn as clothing in and out of the gym. Leggings have almost taken over jeans as causal wear thanks to the growing fascination with sportswear.

The Future Of Luxury Clothing

Luxury clothing is always evolving, whether it’s with the new trends of the season or a whole new direction moving forward. This sudden surge in luxury loungewear marks a movement for the fashion industry and is probably a reflection of what this decade will be remembered for when it comes to the fashion.