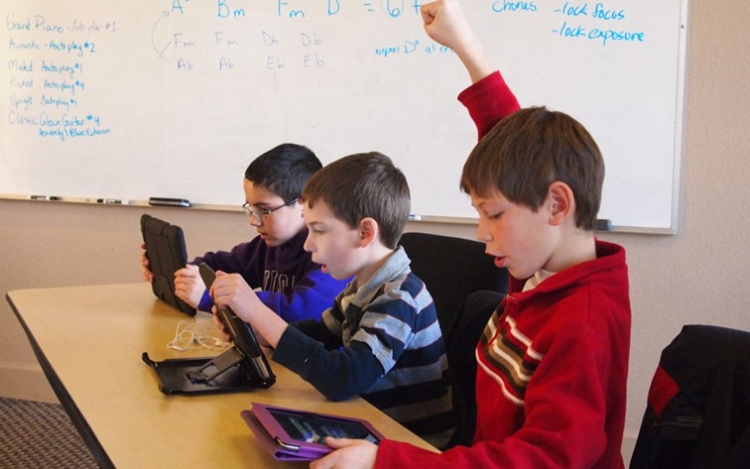 If there is one thing that has been driving educators crazy for the past five to ten years, it’s the inclusion of cell phones in school. When mobile phones were picking up steam and popularity during the latter part of the last century and into the first part of the last decade, many schools were trying to ban them. Then parents were stating that they wanted their children to have their phone with them, in case of an emergency.

Part of this need was due to the aftermath of 9/11 and the War on Terror, but part of it had to do with the sense that their need to possibly have to contact their child in school was more important than the overall educational environment of children as a whole. Today, smart phones are impacting the future of education, but not all of it is in a positive manner.

One of the most obvious ways that smart phones are disrupting the educational process is that they are distractions for many students. Smart phones provide a wealth of resources for them to have access to with the simple tap of their finger. Games are tempting to play during any class, but especially during the ‘boring’ classes, or the ones that don’t make any significant impact on them.

Smart phones allow students to stay connected with their social media sites and friends at all times.

They could open their Facebook app and see what their other friends are up to at the moment. Because these smart phones can connect online without the need for WiFi, it means that students can’t really be limited in their access without resorting to taking the phone away from them during the class, which is becoming increasingly more difficult for teachers, thanks in large part to ornery parents making unreasonable demands and subsequently teaching their kids that behaving in such a manner is how to get things done.

Smart phones also provide a much easier way for students to circumvent the educational integrity of exams, homework, and other assignments. With classroom sizes increasing and teachers being overworked, trying to keep an eye on every student who may be searching for answers on a device that can disappear into a pocket becomes a fruitless effort.

However, it’s not all doom and gloom when it comes to smart phones and education. Smart phones, because of their ability to access the Internet and do many of the same things that tablets and even laptops can do, make them great learning tools, if they are used in the proper manner.

The explosion of e-readers and e-books is one of the driving forces in publishing and even education and now that smart phones have their own e-reader apps on hand mean that students can be assigned books and other materials that they can quickly and easily access from their own phones.

Some school systems have worked it into their budget to supply tablets to every student, and while tablets are often used for this purpose, smart phones can also be used to read e-textbooks and other digital content.

Smart phones, because students access their social media pages from them, can also be used to create groups or networks for each class through sites such as Facebook. Students can be connected to the learning environment through their smart phone even when they have long since stepped out of the school doors at the end of the day.

The Debate between Smart Phones and Tablets in Education

While technology continues to evolve and advance at a rapid clip, tablets have quickly surpassed smart phones as a way for schools to modernize the educational process. Yes, smart phones are still vital in so many ways, but tablets have overtaken them as a means to access electronic information, such as PDFs, e-textbooks, videos, and more.

Still, smart phones continue to have similar abilities to tablets, though in essentially different sizes.

There is an inherent risk involved with integrating smart phones in education because when students are allowed, or even encouraged, to use their smart phones for educational purposes, there are going to plenty of students who abuse the privilege and instead of working on school work, they may be texting friends, checking out other websites online, and doing any number of other activities, all on school time.

Private businesses are facing this same problem with employees and there is no viable solution, aside from banning them during school (or work) hours.

Teachers have the opportunity to increase interaction with students through the use of smart phones, but the question remains about how much digitizing education will have an advantage and is there some middle of the road that will benefit everyone?

Sameer Bhatia is founder & CEO of ProProfs.com which is a leading provider of online learning tools for building, testing, and applying knowledge. ProProfs eLearning Software offers trainers and educators powerful-but-simple features without requiring users to download or learn expensive software. Sameer has a background in technology with a Masters in Computer Science from USC (University Of Southern California) and is an ed-tech industry veteran. You can find Sameer on Google+ and Twitter.