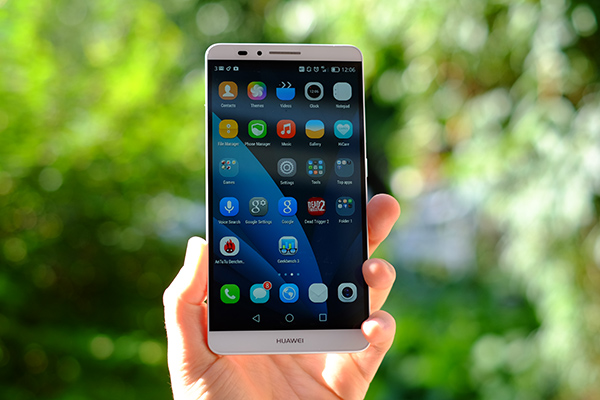 In the mid 2014, Huawei revealed the Huawei Ascend Mate 7, which is one of the superior phones of the market. Huawei is known for producing the cheaper solution for the high-end configuration. But now Huawei is moving towards the high-end phones with increase in the price tags.

The Huawei Ascend Mate 7 is one of those smartphones, which is powered with octa-core processors, however processors are connecting in Big.LITTLE configuration to save energy or improve the battery life of the phone. Another good thing found in the phone is the finger print sensor but it got few problems like it is not as reliable of iPhone 6 or Galaxy Note 4 sensor.

But Huawei has provided the ability to recognize a print from almost any angle. Most likely, this is made possible by capturing depth data on initial scan fingerprint. So you do not have to think about the exact positioning of the thumb. But this advantage does not lead to compromise on safety, as another finger to unlock the smartphone will not work.

Another advantage lies in the fact that you can unlock your smartphone finger even when the display is off. That is, when held close to the sensor finger smartphone wakes up and unlocks. The manufacturer guarantees adequate protection of user information. Stored fingerprints (there may be up to five) are stored in a protected memory area and never leave the smartphone.

Huawei decided to change the design. Previously smartphones were having the different appearance, here we are referring to Ascend P7 and Ascend G6, and it provided the original concept, in spite of all the similarities with the products of Apple. But Ascend Mate 7, it was decided to say goodbye to old design. The Chinese company has chosen a new linear design that we like less subjective. If you remove the manufacturer’s logo in front and behind, the smartphone is easily confused with the products of other brands. Any special design elements are no more, except that drew the attention of silver bezel fingerprint reader behind.

Overall, Huawei has chosen to design clean shapes and lines, angles, viewed from the front, rounded heel smartphone too little is rounded and beveled ends. The back is divided into three parts. Manufacturer refused whole body, most likely due to the characteristics of transmit and receive antennas. Most of the housing of this Mate 7 is made of metal, but seen from the top and bottom plastic laths. They can improve the quality of signal reception, but the build quality is pretty nice. Transitions between the two materials are not only visible, but also noticeable to the touch. The rest of the smartphone is made to last. On the right side are buttons standby and volume, they are well implemented without backlash, the flexural strength of the smartphone is good.

And we hope in this year (2015), Huawei would launch something massive, however if the price is good then Huawei upcoming beasts might give competition to the upcoming flagship of Samsung as Samsung Galaxy Note 5, Galaxy A7 or Galaxy S7.