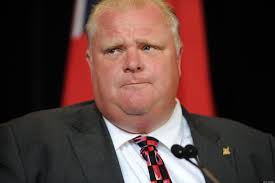 Toronto Mayor Rob Ford is taking heavy fire these days. He has admitted to using crack cocaine, but he says that he wasn’t lying about it. No one asked him the right questions, he claims. He spent nearly six months denying the allegations, and then finally admitted that he had smoked the drug in what he called a “drunken stupor” sometime last year. This was after a drug investigation charged Ford’s friend and driver. So far, authorities have not filed charges against Ford himself. However, the now former mayor gave an interview to CNN on the weekend where he reiterated the fact that he planned to remain in office, and allow the vote to determine what would happen next year.

In the interview, Ford hinted that it was a matter of semantics as to whether he had answered the questions correctly. According to him, reporters had asked him if he was “doing” crack and if he was addicted to the drug, not specifically “have you ever smoked crack.” Ford stated, “when you come and accuse me of being a crack addict and say, ‘Do you smoke crack?’ No I don’t. Have I? Yeah, OK. Have I drank, have I acted like an idiot when I drank? Yeah, I did.” He said that even though he had made that mistake he was now “moving on.” Toronto removed the mayorial powers from Ford, who said that he was basically doing what was right.

At least one media outlet reported that it had asked Ford if he had done drugs. In fact, the Toronto Star said that it had asked the question “countless times,” and Ford did not answer. However, the former mayor did accuse the newspaper of harassing him. Ford ran on a platform around tax cuts and a better formed government in 2010 and was elected to a four year term. There are other allegations that refer to Ford’s verbal and physical abuse of government aides, extreme drunkenness and drug use. The Toronto City Council stripped him of some of his powers on Wednesday.