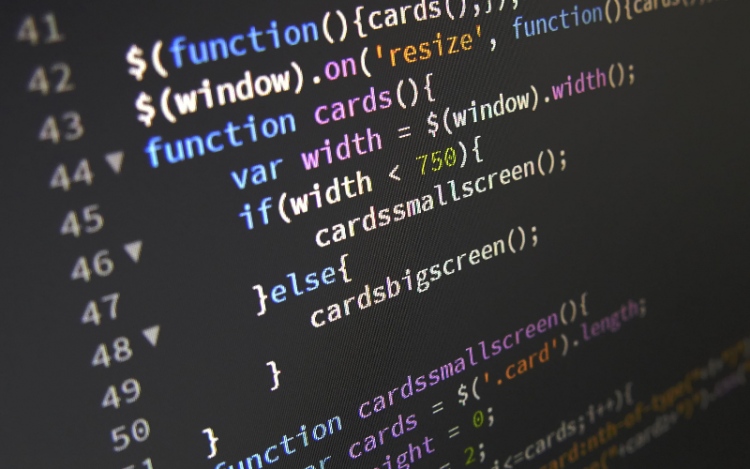 Running a startup successfully is a challenge. Of course, a positive outlook, intelligent mind, and enthusiasm to do good business are factors big enough to lead a startup. Startup stakeholders are often confused in choosing the technological stack for their venture.

There are certain parameters like scalability, synchronization, communication etc. that play an important role in choosing the best fit technology. NodeJS has been one of the most popular choices by startups, all over the world. For reasons best known to us, NodeJS has always been a great technology preferred by enterprises world over.

Initially, NodeJS was preferred for frontend development in startup organizations, but as they realized the potential of this wonderful technology, they started using it for backend development, as well. Even cross platform mobile apps are developed using the runtime environment.

It is an open-source, cross-platform, JavaScript runtime environment that executes JavaScript code outside of a web browser.

Released over 10 years ago, NodeJS has carved a niche for itself in the technological world. It is written in C, C++, and JavaScript. It was developed by Ryan Dahl in the year 2009 and it can be executed within the NodeJS runtime on OS X, Microsoft Windows, and Linux.

It offers an enriched library of different JS modules that help in simplification of developing web / mobile apps utilizing NodeJS in a large way. NodeJS has been helping organizations – big and small, fortune 500 companies to achieve more rewards with fewer efforts.

Key Reasons Why Startups Are Choosing NodeJS As Their Preferred Technology

Being a cross platform technology, NodeJS has capabilities to execute seamlessly on different platforms like Windows, macOS, Linux, Unix etc. Also, it can be written with different alternatives like Dart, TypeScript and CoffeeScript. These are the main reasons why it is called a flexible solution.

Also, with the feature of WebSockets, NodeJS can offer real-time applications in which there is a seamless dual communication between the client and the server. NodeJS has been witnessing a lot of challenges, since its launch and it has been able to sustain all of these, with a successful output. That showcases its high stability factor, which in turn, is an especially important aspect for startups.

NodeJS has been a fast development technology and hence developers can create applications quickly. This turns out to be a great benefit to startups, for whom the time factor plays an important role.

The main reason why NodeJS can perform faster is its npm ecosystem that helps utilization of modules. These modules are used for different areas like networking, file I/O, data streams and cryptography. Since NodeJS is created on the V8 JS engine, it does have a fast execution speed. The repository having 50,000 packages helps developers to build effective applications. The npm facilitates them to share and access reusable components, to fasten development time.

NodeJS empowers a single codebase, single deployment, and everything at a unified location.

NodeJS can deal with many queries in quite a fast manner and hence the latency rate reduces big time. It is ideal for social applications wherein there are a lot of questions being floated, all at the same time.

For startups, it is important that whatever applications they build, should last for a longer time, and perform at their best. That is where NodeJS is ahead of the rest. It has a highly robust and sustainable nature.

NodeJS is competent enough to offer continual services to developers, through one of its major functions call event loop. It can lower down the server latency, with an agile environment for developers. NodeJS comes as a perfect choice to build large-scale, fast, and light weighted systems, with a real-time output. Organizations leveraging NodeJS can easily distribute their heavy workloads to servers, showcasing supreme performance.

Startups are most pleased with NodeJS owing to its load balancing feature and the competence to manage many concurrent connections. Also, it is best fit for Microservices architecture.

NodeJS, owing to its innovative and creative features, has managed to garner a lot of attention from a large community of product owners, developers & engineers. There is a lot of good support available on the NodeJS forums and hence, problem solving is faster and effective.

NodeJS is getting a lot of popularity world over, with an enriched community of contributors being built around it. It is a two-way contribution between NodeJS and the peer community users.

NodeJS utilizes the same language for frontend work and backend too, making it one good reason not to keep shuttling between the two. This reduces the application development time and offers a faster time to market. With the help of JavaScript on both ends, there is no need to keep translating your code.

As the name suggests, NodeJS can be leveraged for data streaming from a variety of sources. For cases where the startups do not have the proxy infrastructure, this technology can be replaced as a proxy server.

NodeJS is quite competent to manage I / O functions in an effective manner. It can very well, transcode the audio and video files in real-time, including multimedia applications. Transcoding of files will help increase the performance to a large extent, by converting the file format.

The very first feature that any startup would seek for, in a new technology, is its simplicity and learning curve. NodeJS possesses both – it is easy to use and easy to learn. Thanks to the wonderful array of sophisticated features that it has, it has been a developer’s delight.

Using the same language for frontend and backend, lesser coding and resources needed, fewer files, knowledge of JS, object-oriented programming are few of the major attractions that make NodeJS a likable and wanted technology.

Developing a Minimum Viable Product is easy and fast with NodeJS. Since an MVP needs the most basic features, for a faster go-to-market, NodeJS comes up as the right choice. An MVP proves ideal when startups need to showcase their potential, with the bare minimum efforts yet not compromising on quality and intent. NodeJS turns out to be an ideal technology partner to fulfill those needs.

A library in NodeJS, available for both – Android and iOS acts as a background worker to any mobile application and helps in integrating NodeJS with the app. It does have different plug-ins for React Native and Cordova.

Hence, leveraging NodeJS for mobile applications becomes easier and effective, thanks to the library that it possesses.

NodeJS For Startups – Best Practices to be Followed

As We See Startups Leveraging the “NodeJS” Magic

The world is a witness to the success of NodeJS, not just for startups, but also equally for fortune 500 companies, entrepreneurs, and all businesses alike. NodeJS is here to stay and spread its popularity around, with increasing number of organizations sticking hard to its goodness.