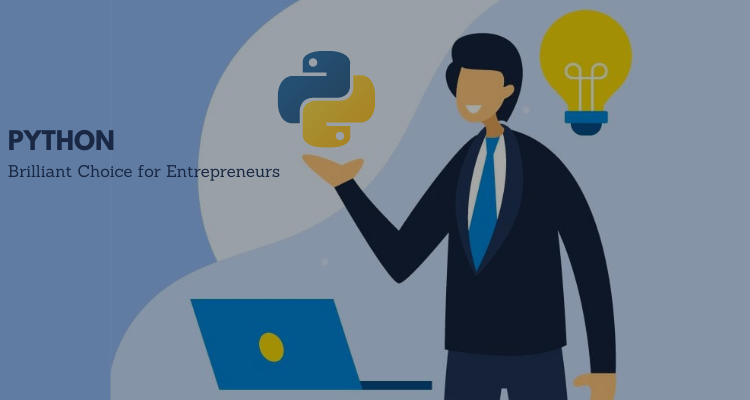 Do you want to develop a high-end application, software or a website with latest features for your business? Or would you like to use an easy-to-use language for data analytics, visualization, artificial intelligence or machine learning?

Python is a versatile language which serves a wide range of purposes. It is preferred by entrepreneurs all across the world because of the various benefits that it offers. Businesses look to hire Python developers who master the art of Python development. Developers are adept in using Python and use their skills to build a valuable software product for your business can make a solid product. Python developers with several years of experience use the best methods and techniques of Python programming.

Why Python for Entrepreneurs?

Python is one of the most famous open-source programming languages on the planet. The programming language is used in both professional as well as academic fields. It is a perfect language to use if you want to build a new-age application from the scratch. The language turns out to be a top choice of businesses around the world because it reduces the struggle generally linked to the complicated syntax of some of the other languages. Entrepreneurs use Python to develop a modern website, application or software for their organization. Python is used extensively in the startup world as well for developing applications and software.

Here are some of the top reasons that make Python a favorite choice of many businesses: